Our first peaks of the season were North and Middle Tripyramid.  Unfortunately, New Hampshire has not yet seen a lot of snowfall; the trails were just as bare today as they were a month and a half ago, when Sage finished her all-season NH48 in early November.

Since the days are now at their shortest, we set off at sunrise. 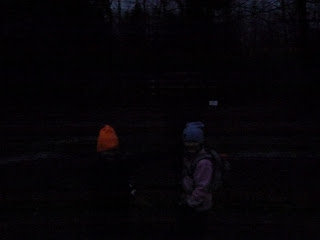 The path follows cross-country ski trails, then the almost-flat Livermore Trail, for a little over three miles. 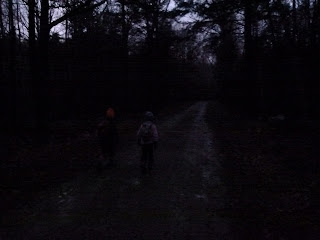 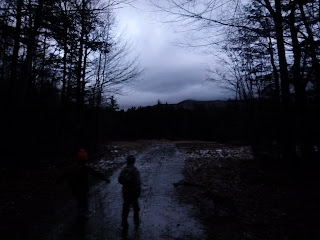 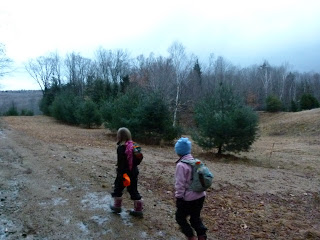 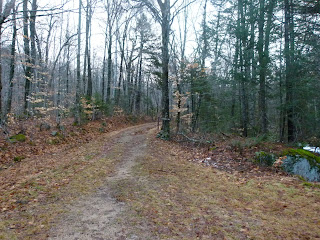 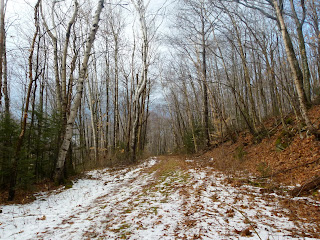 We took a break at the intersection with Scaur Ridge Trail... 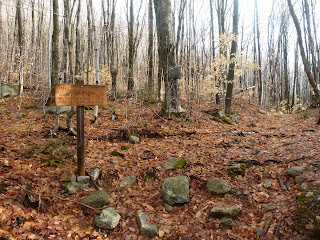 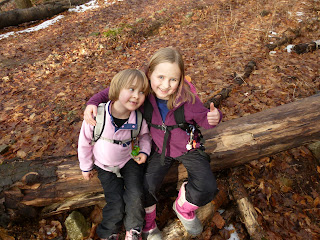 ...before hiking up to the ridge. 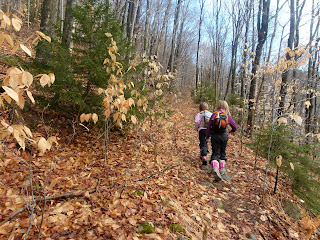 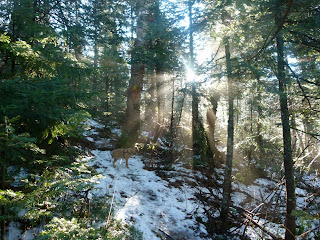 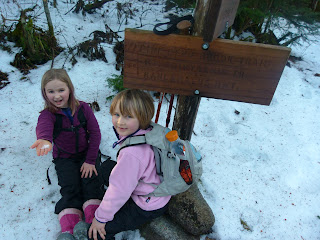 Once at the intersection with Pine Bend Brook, we'd only 0.8 miles to go to our first summit, North Tripyramid.  Those 0.8 tenths proved to be rather tricky...Livermore and Scaur Ridge had looked like fall, but Pine Bend Brook looked very much like winter.  The previous night's freezing rain had turned into ice, ice, and more ice... 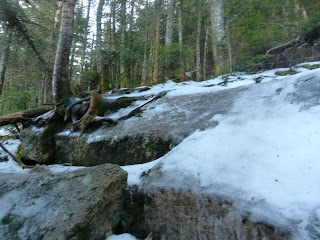 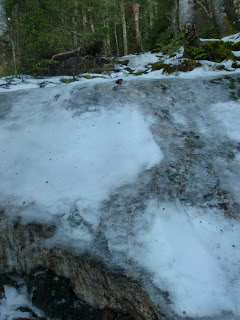 ﻿
Our previously swift progress now slowed to a crawl.  Or, rather, a repetitive backward slide.  Eventually, Sage reminded me that we did, in fact, have microspikes and Hillsounds (a slightly smaller version of normal crampons), and that it might be wise to actually put that gear on our feet instead of giving it a free ride in my backpack.  I listened to my wise youngster and brought the ascent to a deliberate halt so we could don some 'spikes.  Life immediately became much easier.
We zoomed over and past North Tripyramid and continued to Middle Tripyramid. 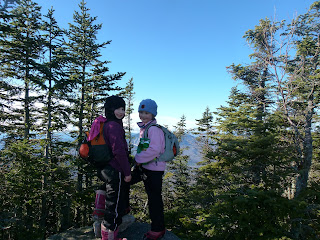 Views from the top of Middle Tripyramid... 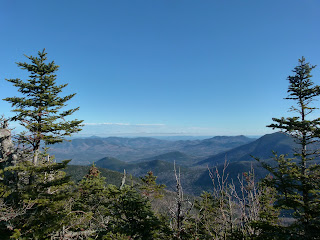 ...and from the nearby viewpoint. 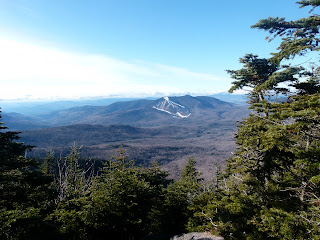 After a wee bit of lounging, we headed back to North Tripyramid, where we did a whole lot of lounging.

Happy birthday to me! 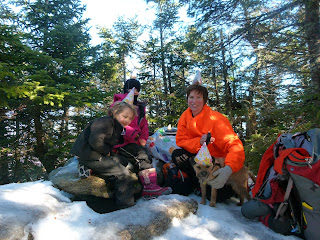 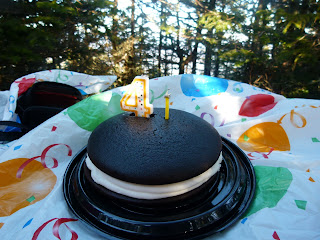 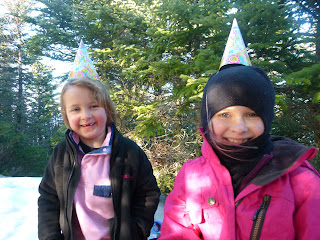 We sat and ate chocolate until Max let us know it was time to go by staring at us and shivering.  By the time we returned to the trailhead, it was almost sunset. 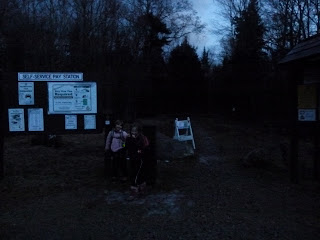