Sage Does Hale Without Me, and Alex Does Another Solo. August 28, 2016

Alex did this hike solo -- her detailed trip report is here.

We're about to head overseas for a week and a half; if all goes well, I'll have a nice trip report to write at the end of this month.  In the meantime, here is a quasi-report of the girls' recent hike of Mt. Hale.  I say the girls' hike and not our hike because I got halfway up and had to turn back.  Seems I injured my knee on Moriah the previous week -- how, I have no idea -- and though it's been getting better every day, halfway up Hale it started to feel uncomfortable so I turned back (it now feels almost 100%, so it should be fine for our imminent trip).

Alex went first, since she wanted to do this one solo and, since we've done Hale together many, many times, I was fine with staying half a mile or so behind her. 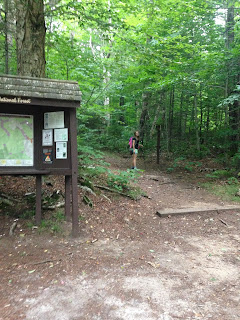 Our friend Samantha was with us, which turned out to be a very good thing because, in addition to us enjoying her company as always, she was able to keep heading up with Sage when I turned back.  Sage probably would have been fine going solo just like Alex, but I feel the age of solo 4K hiking in our family should start at 13 (as Alex is) and not younger (Sage is 11). 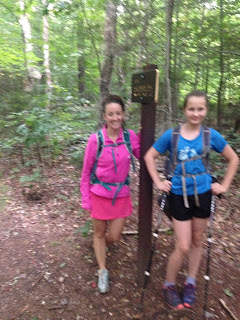 This is where I turned around...it's just before what we consider to be roughly the halfway point. 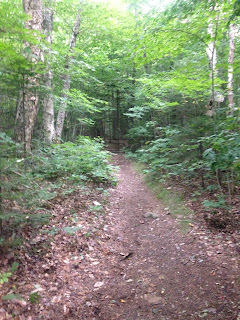 Samantha continued up with Sage.  Sage told me later that she enjoyed having the chance to talk with Samantha on her own (she usually has to share Samantha with the rest of us).

Samantha took these photos of Sage at the summit and shared them with me later. 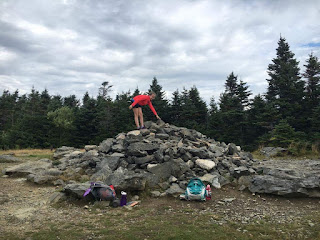 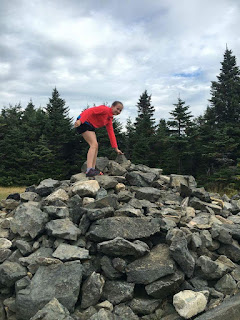 Back at the car, I was astonished to see Alex come out of the woods exactly two hours after she had begun her trek.  The three of us together have never done Hale in less than 2 hours and 50 minutes.  Fifteen minutes after she arrived, Sage and Samantha arrived...which means they also did the whole thing in close to two hours total.  That includes time eating a snack at the summit.

It was nice for both the girls to have a chance to hike at their own speeds, without me holding them back.  I've known for some time now they've grown faster and stronger than me, but I didn't realize how much faster and stronger.  Book time for Hale is 3 hours and 20 minutes, and they'd both done it in about 2 hours...that's quite speedy.

I'll write again in mid-September with a trip report of our upcoming thru-hike.  It's a small thru-hike as far as thru-hikes go, but it's supposed to be wonderful and I don't want to jinx it by saying where we're going.  :)  Have a good first half of your September!
Posted by Patricia Ellis Herr, Alexandra Herr, and Sage Herr at 2:20 PM 1 comment: