We had planned on another attempt at Northwest Hancock today, but the forecast called for a 50% chance of thunderstorms in the early afternoon.  I don't want to bushwhack unless there's a very strong chance of dry weather.  50/50 isn't good enough.

We therefore chose Mt. Tremont, a peak Sage needed for the 52WAV list, as our substitute.  We figured we could be up and down by noon or so, before the possible boomers began.

Our friend Cumulus met us at the Hancock trailhead at 5:15am.  He had been camping and wasn't aware of the latest forecast.  After I let him know of the potential storms, he agreed we should change our plans.  The trailhead for Sawyer Pond Trail (southern way up Tremont) isn't far down the road from the Hancocks trailhead, so we were soon in the appropriate parking lot and gearing up for the hike.

Right after leaving the parking area, we came to a branch of the Swift River.  We had to wade across this to get to the rest of the trail.  There was no way to keep your feet dry, so we plunged in and enjoyed the feel of the cool water. 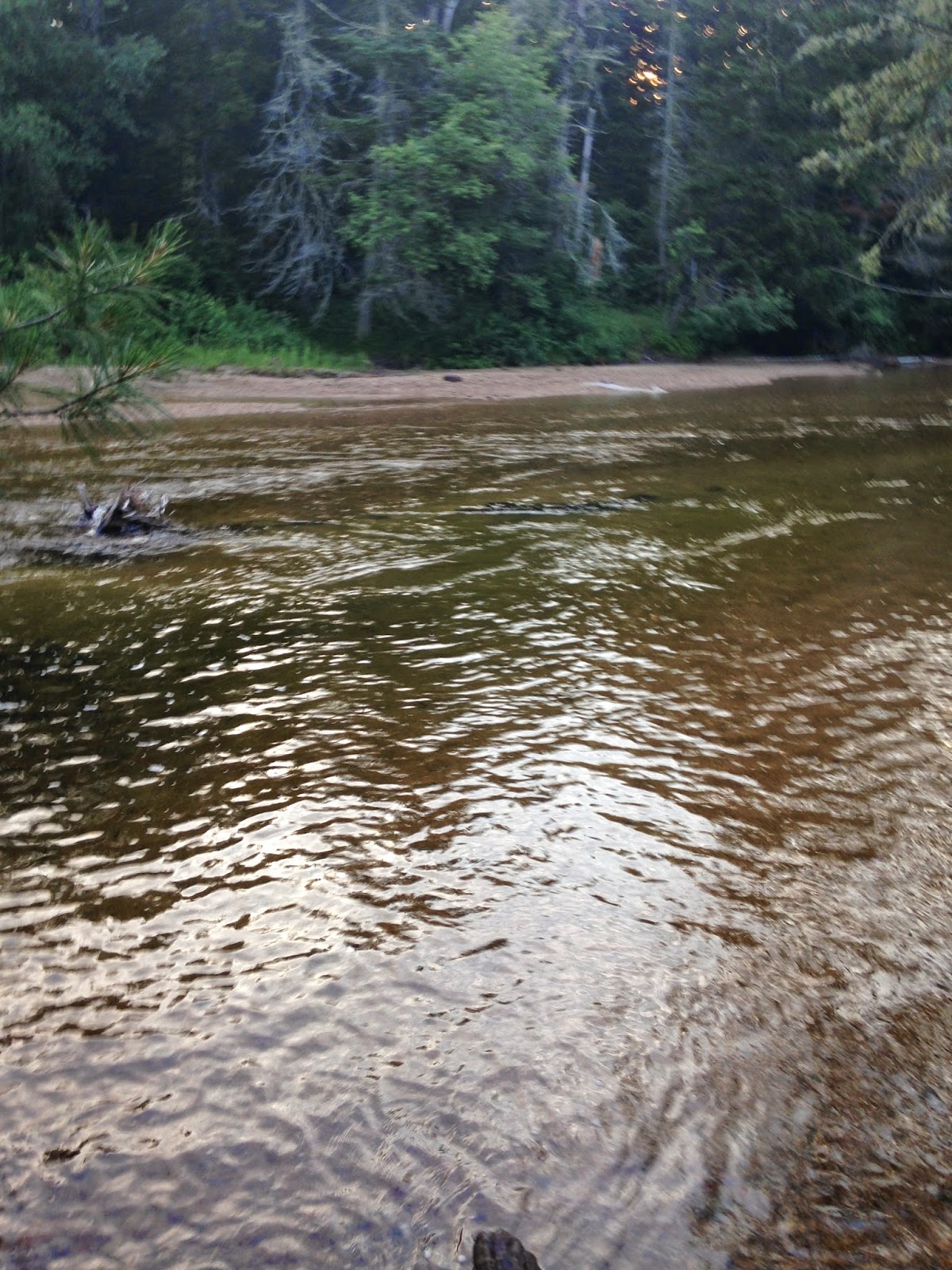 Once across, we made our way down the flat, wide Sawyer Pond Trail.  There were quite a few blowdowns, but nothing we couldn't easily step/climb over. 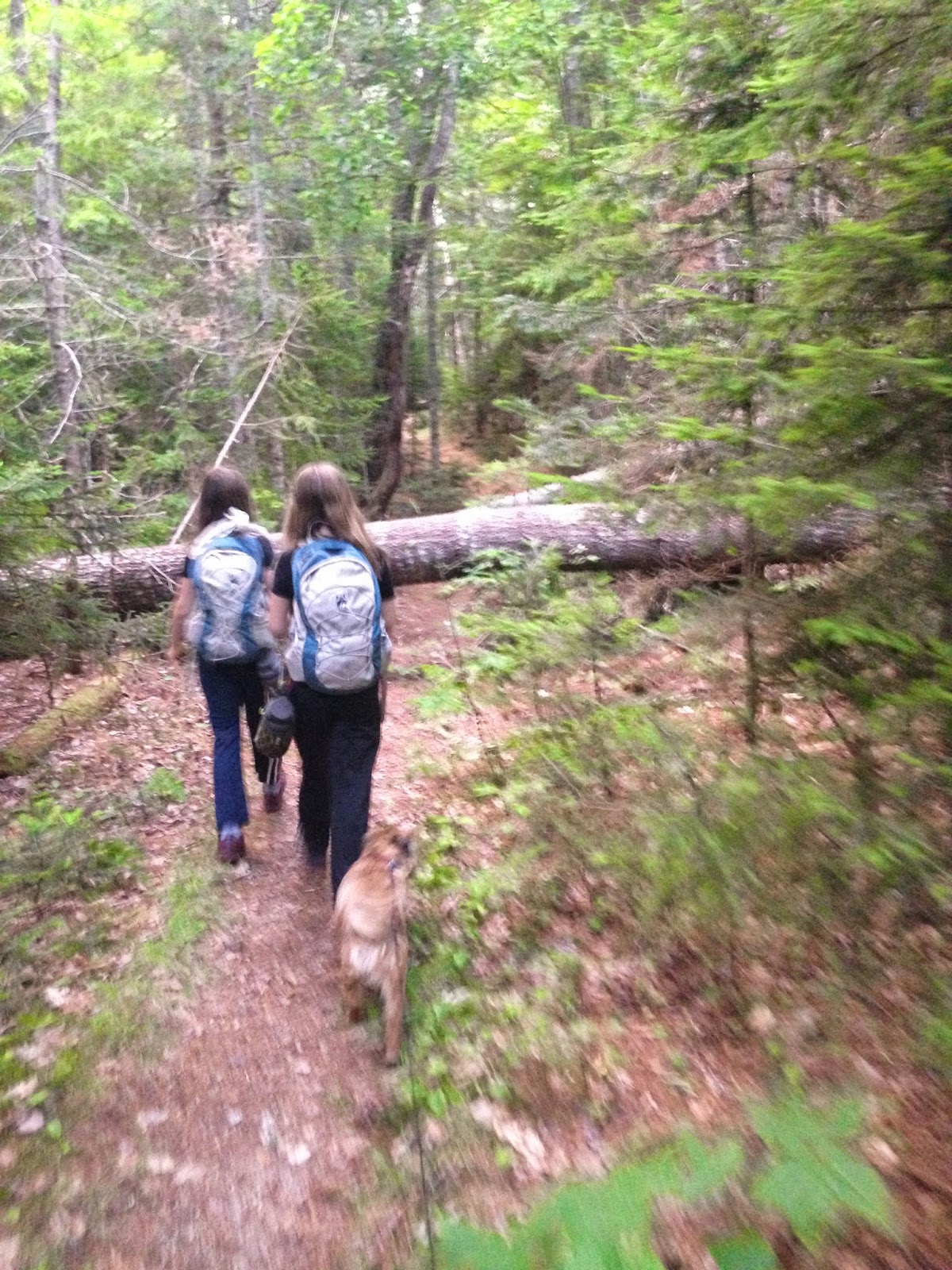 1.1 miles later, we reached the intersection with Brunel Trail. 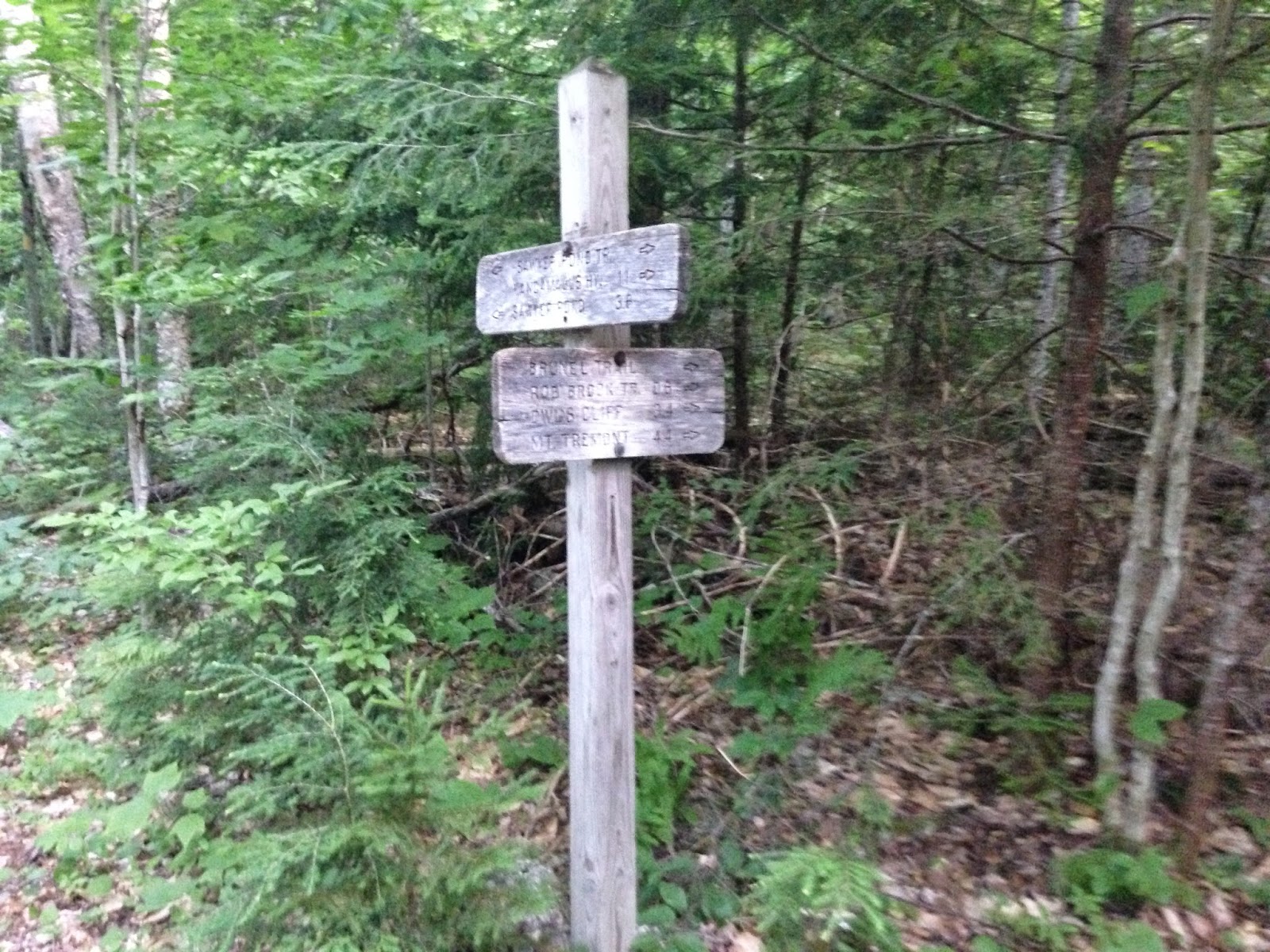 This trail doesn't look like it's well-traveled.  It was easy enough to find the way, but the path is overgrown and there are a couple of large blowdowns between this first stretch and the dirt road (below). 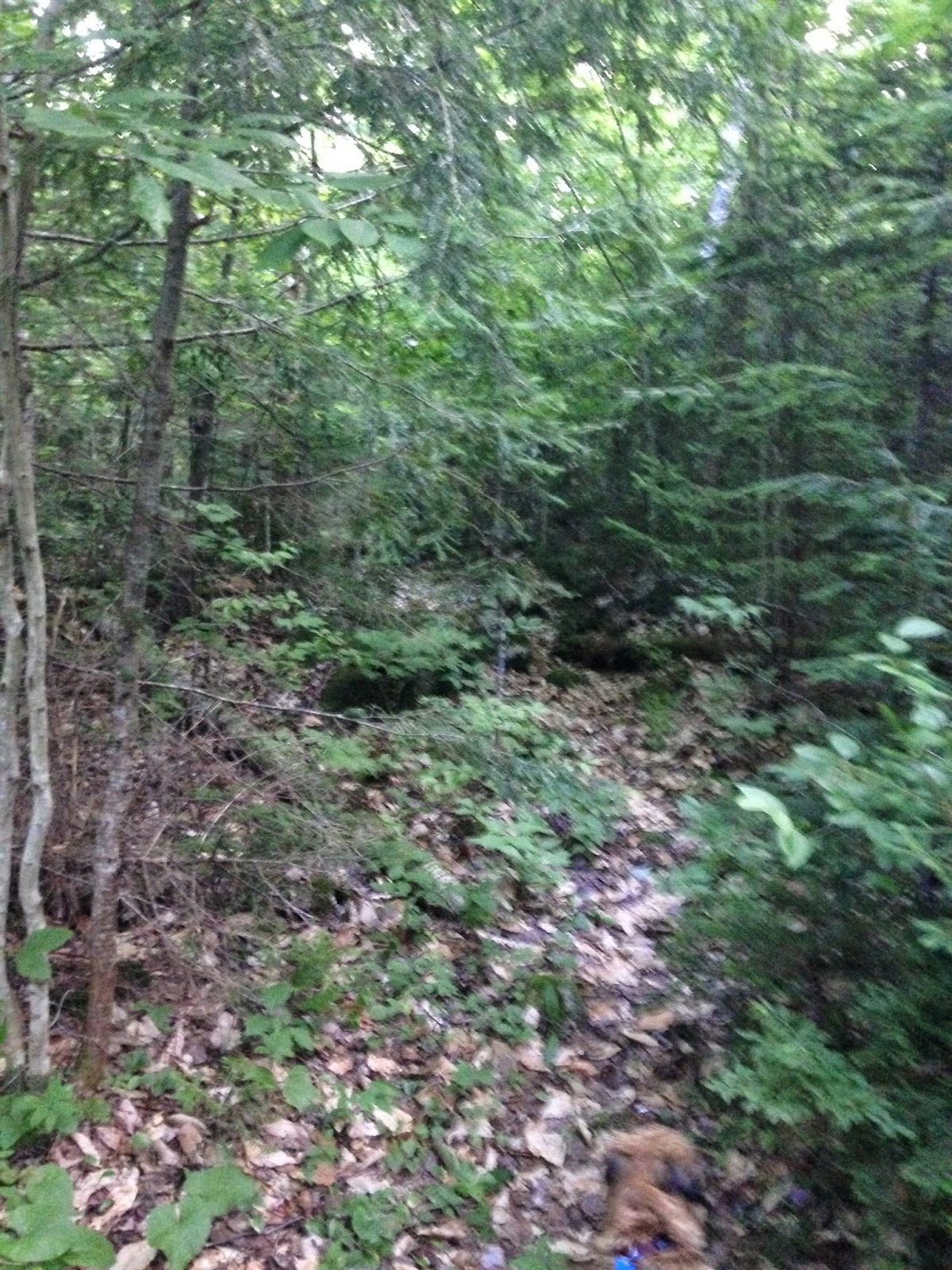 There was no sign when we came out onto the dirt road...the trail goes along the road to the right, then eventually  heads back into the woods (there's a trail sign at the forest re-entry point). 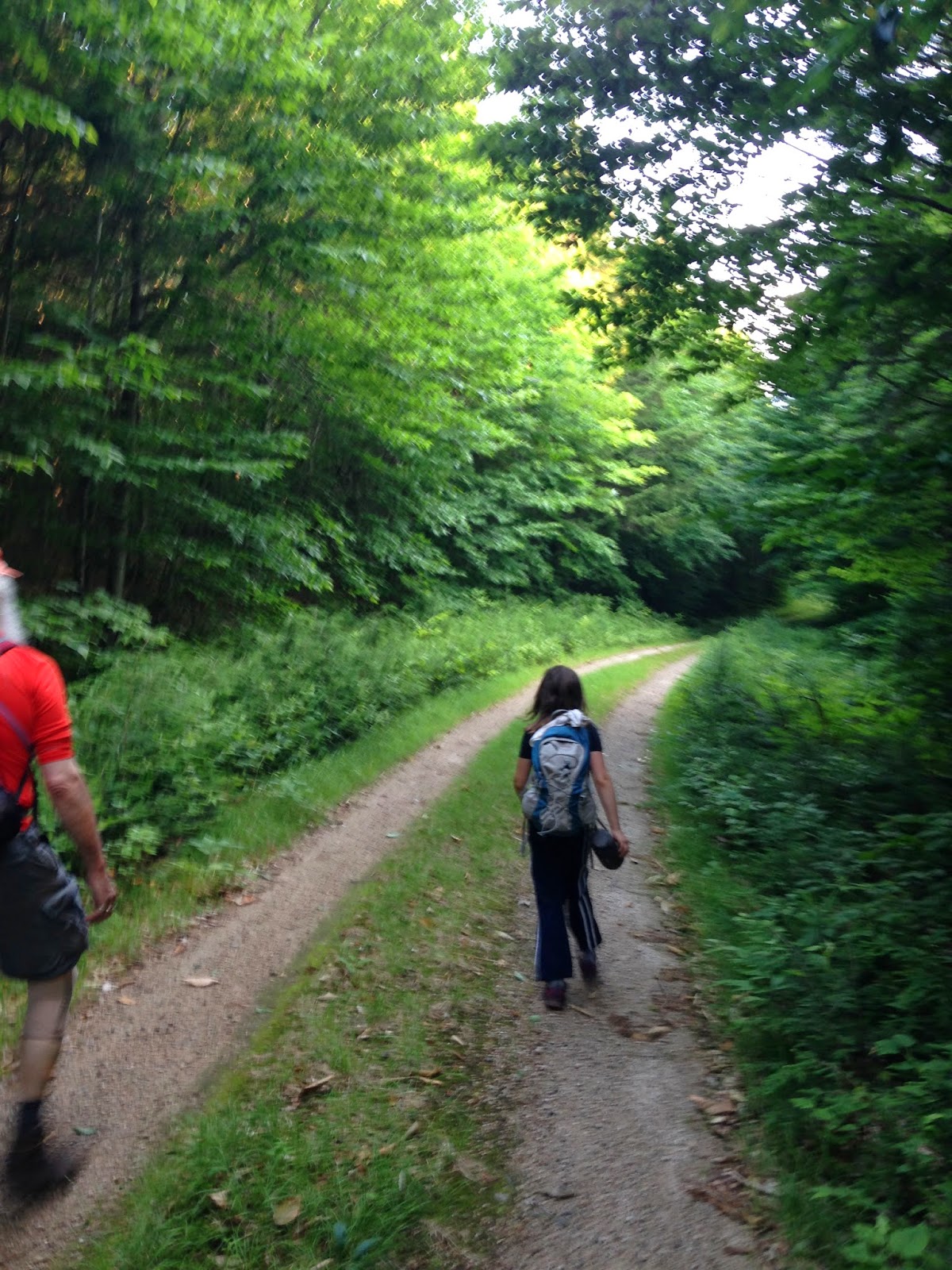 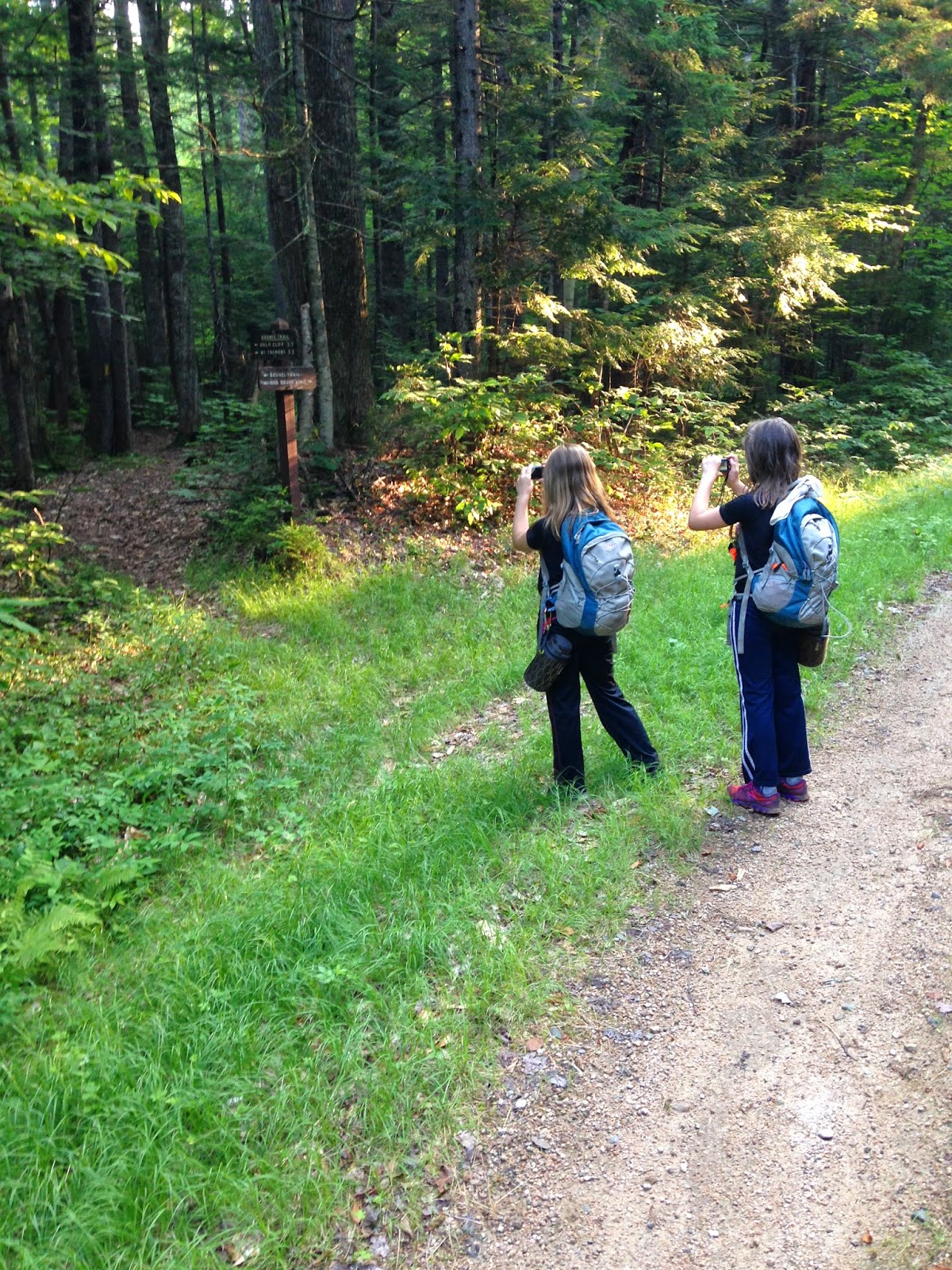 The first tenth of a mile or so after the trail leaves the road are lovely -- the trail feels wide and well maintained. 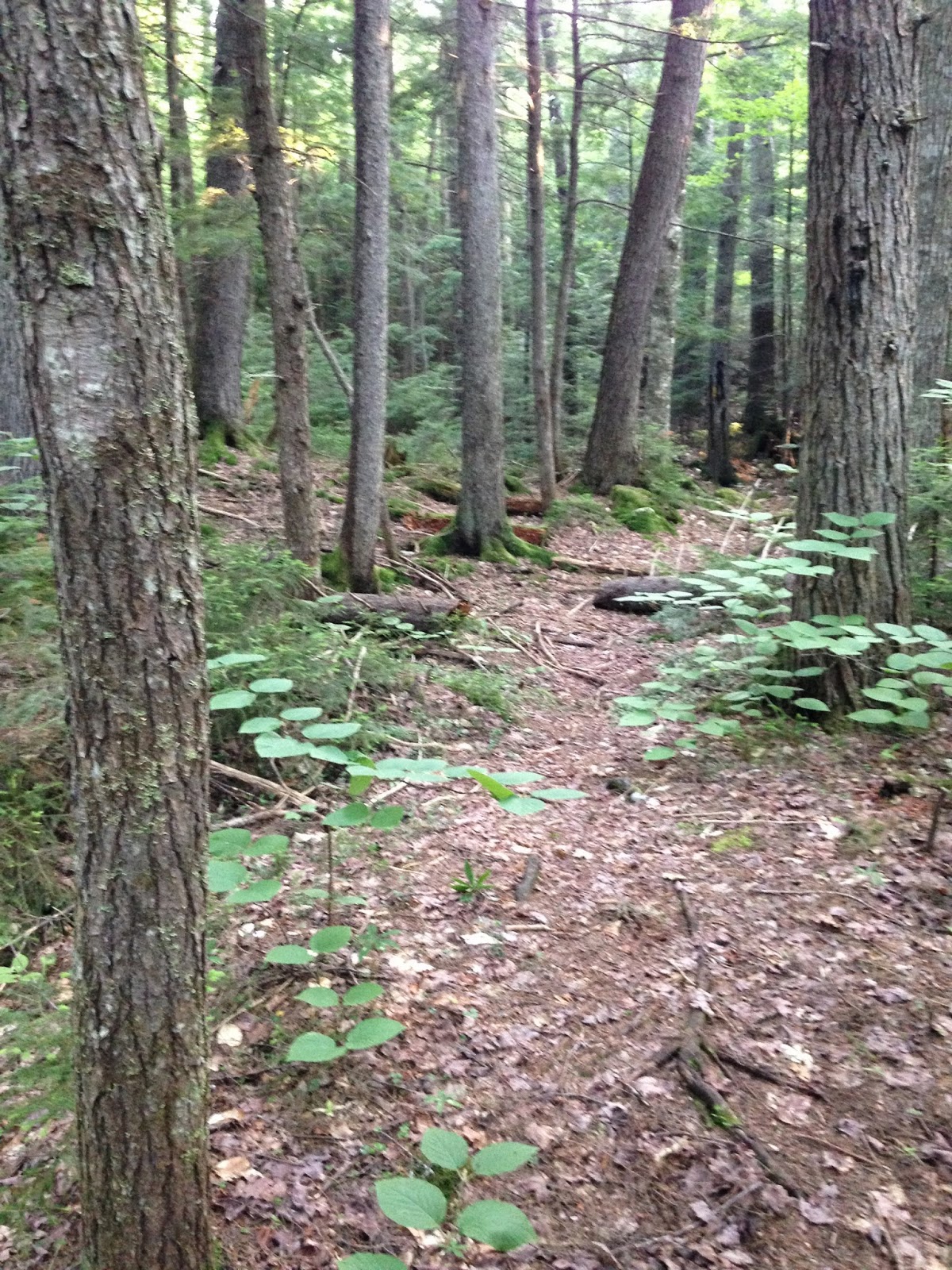 Unfortunately, this doesn't last.  The path narrows, it's overgrown, and there are blowdowns here and there.  Also, we were set upon by swarms of mosquitoes, gnats, flies, you-name-it.  The bugs stayed with us all the way to the summit and back down again.  It was quite horrid, and it greatly affected the enjoyment of our hike.  DEET did nothing.  I was bitten multiple times through my clothing...I'm now sitting here with literally 41 bites on my legs (I was wearing long pants!!).  Alex and Sage didn't fare much better.  Cumulus, however, wasn't that bothered.  Maybe it was something the girls and I recently ate...?  Perhaps we were especially attractive to bugs this morning...?  I've no idea.  I have been on only one other hike in my life with a bug situation as bad as it was today.

Back to the trail...or, what I could notice of it as I was trying to avoid the bugs that kept flying into my eyes and mouth...

Brunel Trail, in spite of it not being well maintained, is a nice approach to Tremont.  The grades are usually easy to moderate, all the way up to Owl's Cliff. 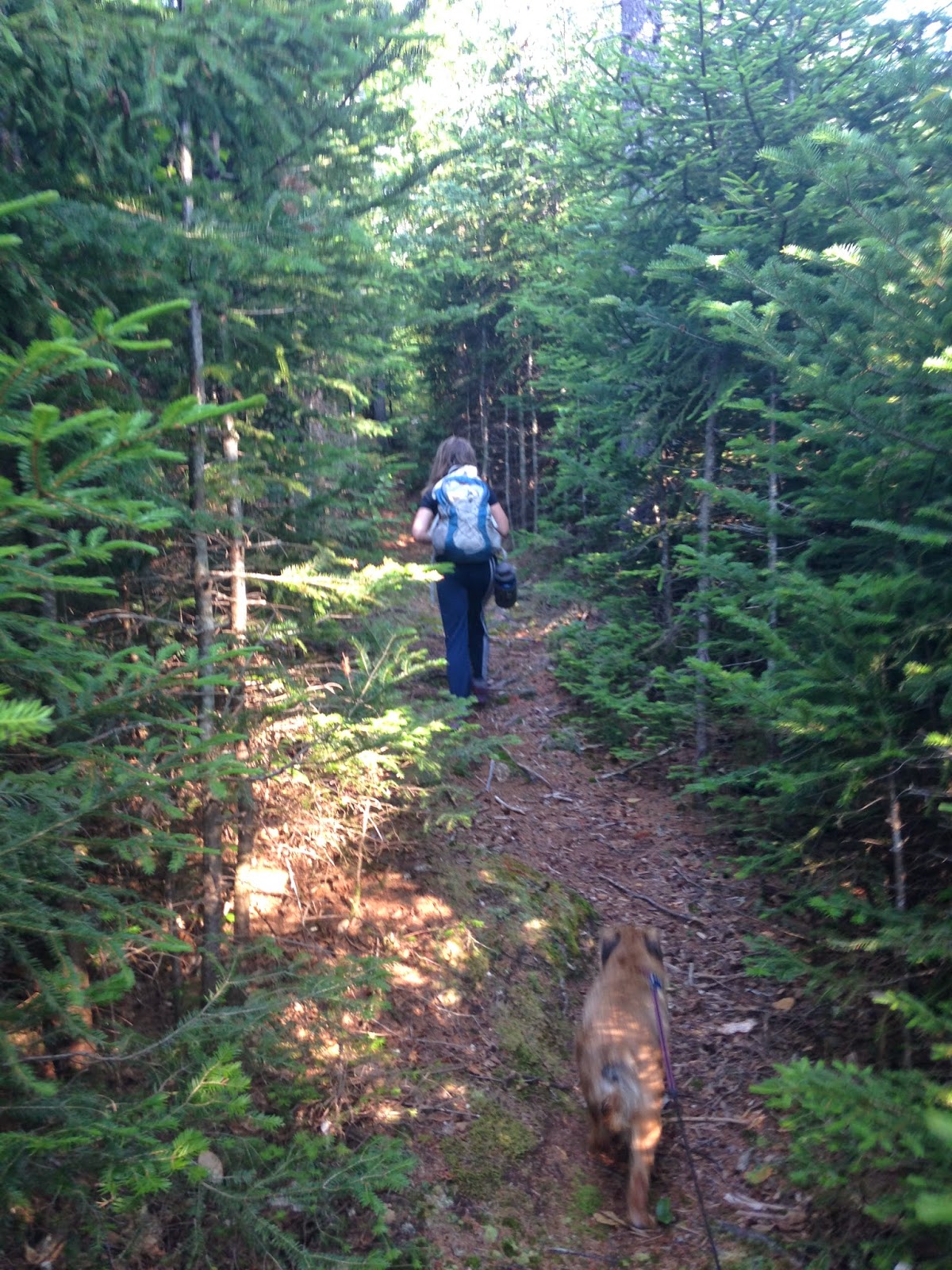 We decided to get Tremont's summit first, and then come back to the Owl's Cliff spur path. 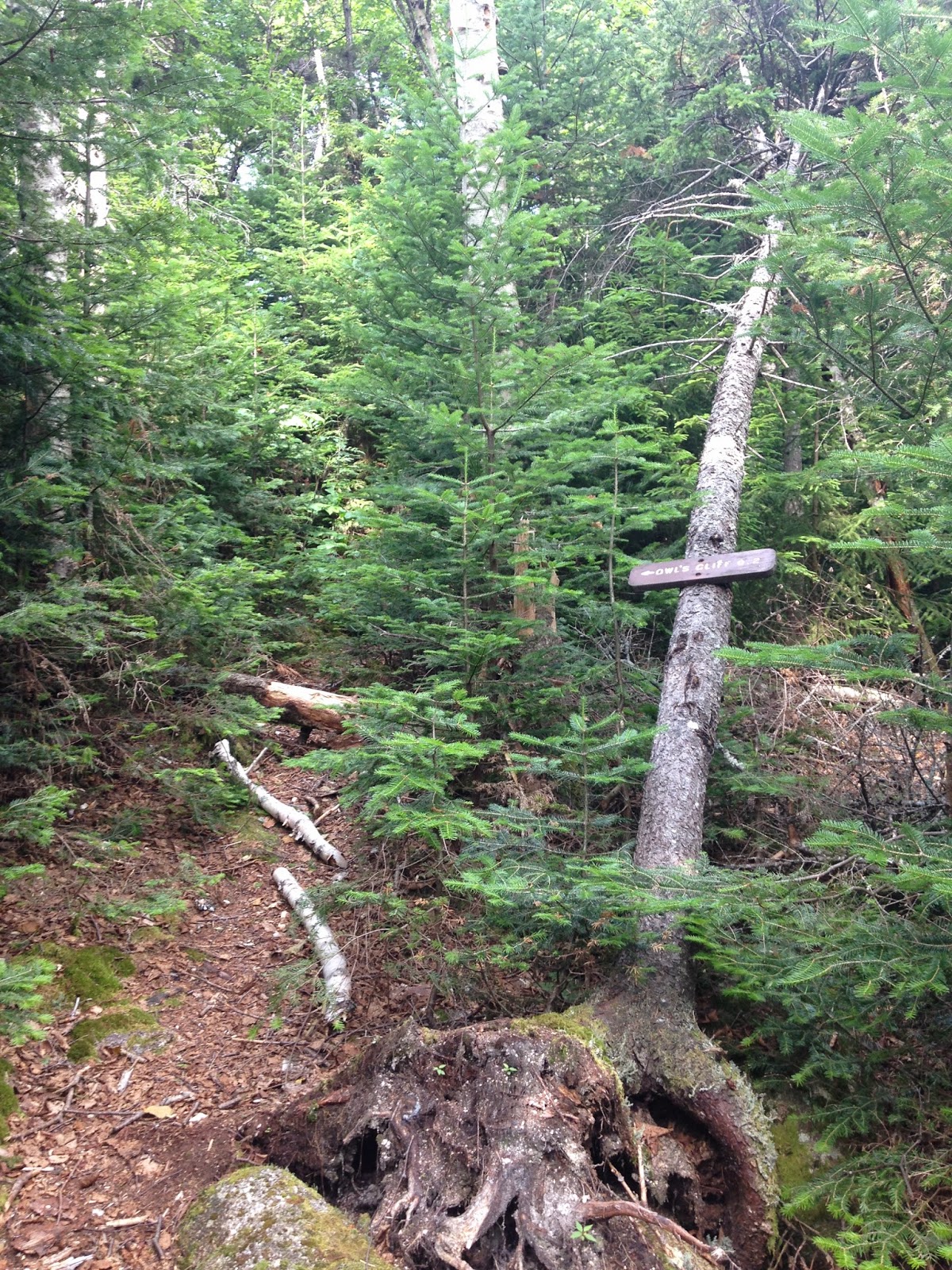 On we went...down a bit at first, and then UP UP UP very, very steeply on an extremely eroded path (with bugs bugs bugs!). 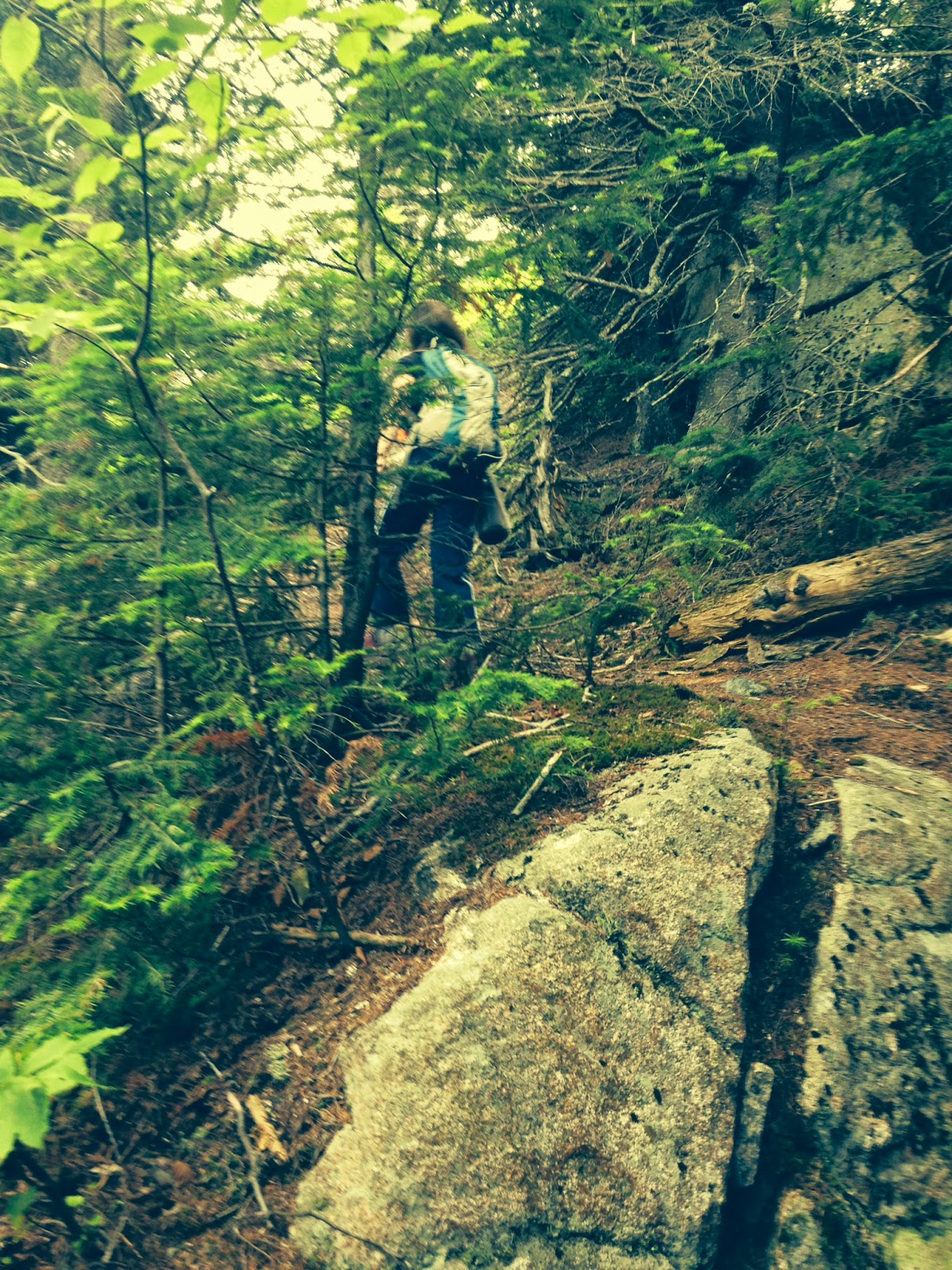 I don't have many photos of the ascent up the summit cone because I was too busy trying to smack all the insects away from my head.  Did I mention this was a particular buggy hike?

Once on the summit, a breeze kept most of the critters away.  We were able to enjoy the views.

Congrats on another 52WAV peak, Sage! 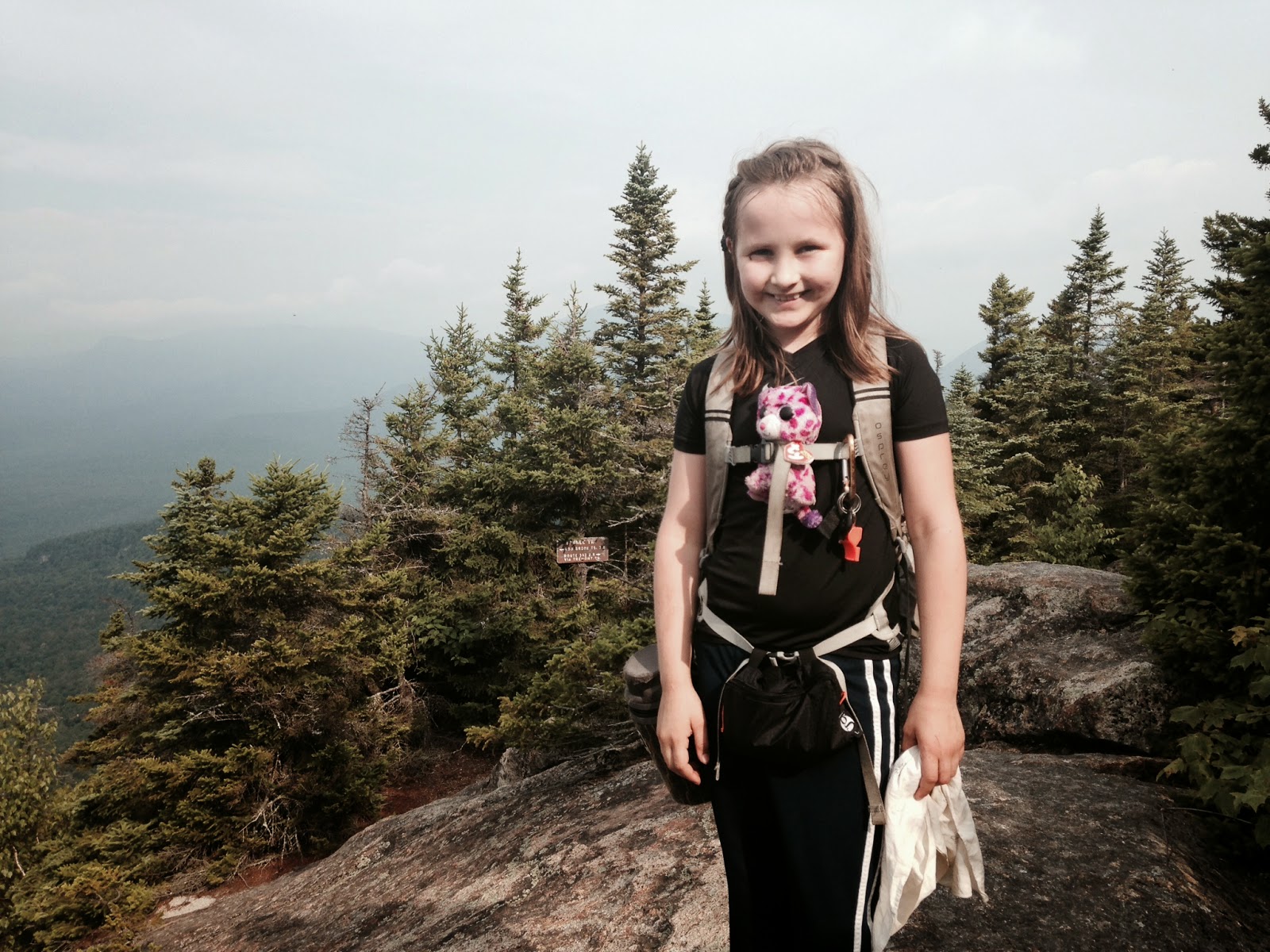 Thanks for coming with us, Cumulus! 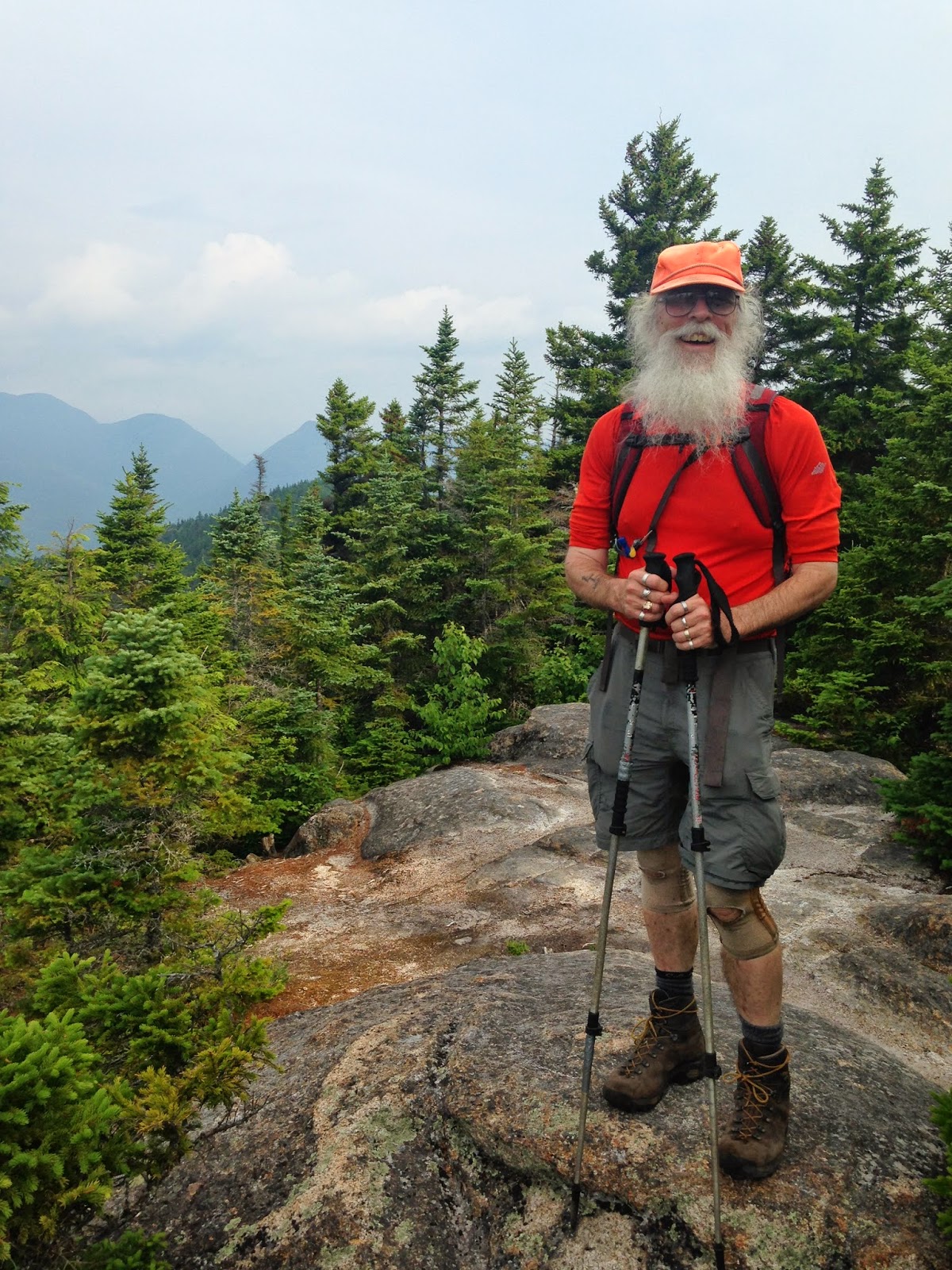 I took a rare selfie of myself...Alex is in the background. 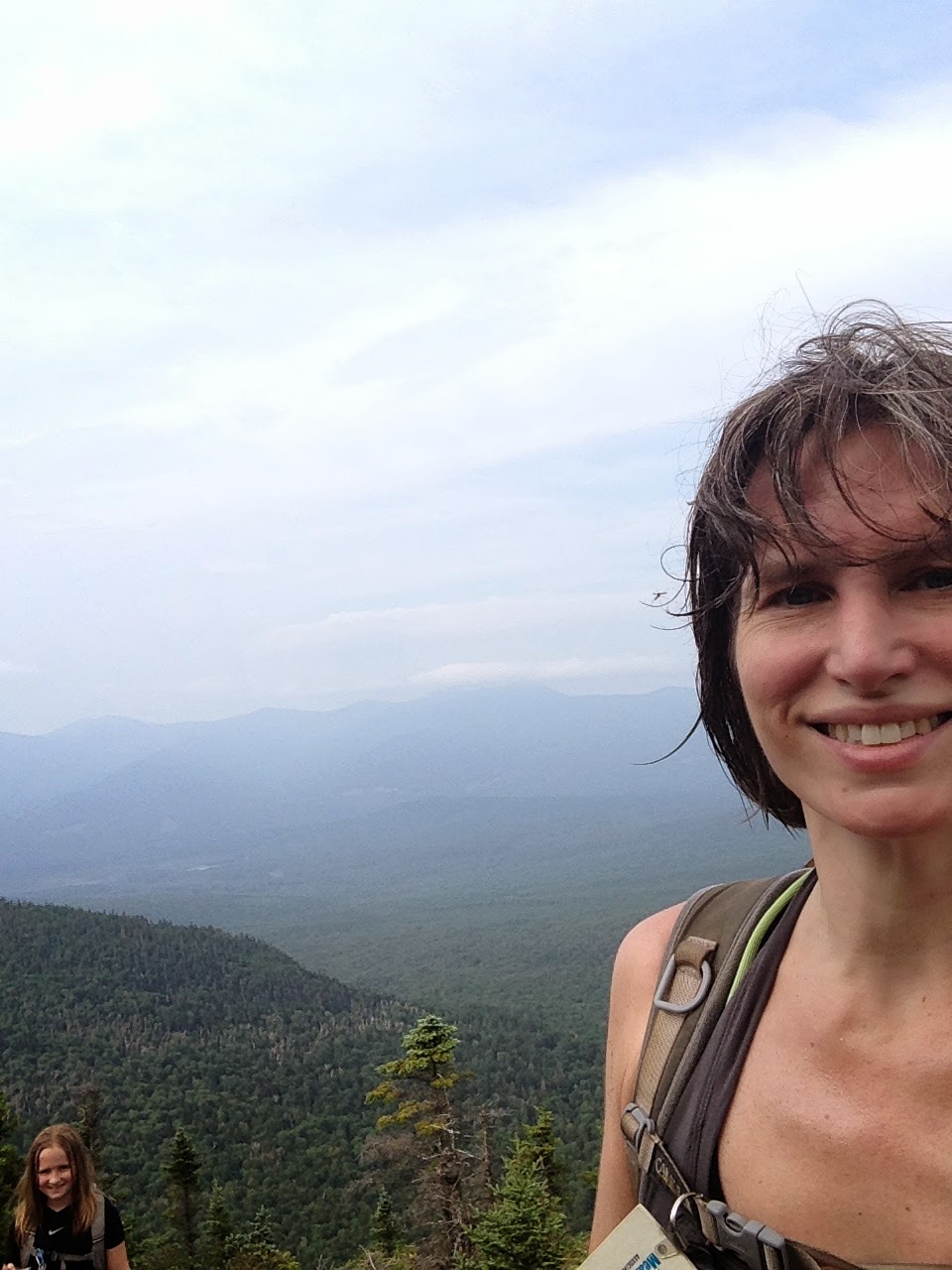 The views were lovely! 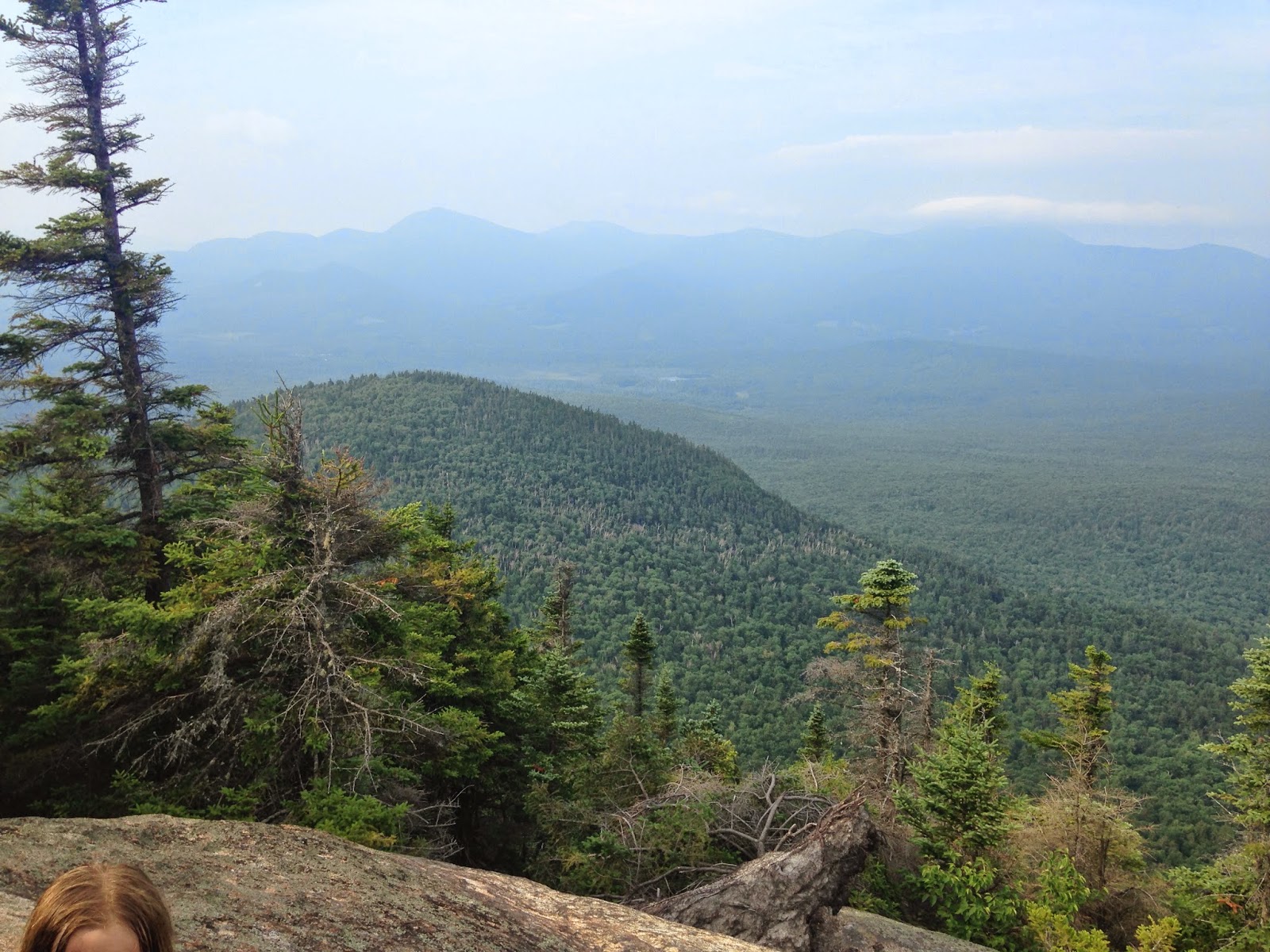 We stayed on the summit for a while and took a break.  It was nice not to be munched on by the bugs, and it was nice to relax and talk with Cumulus for a while.  We had spoken a lot on the way up, but the bugs were a major distraction (for me, at least).  The day was hazy and it certainly felt like thunderstorms were in the sky's plan for the later hours, but there were no immediate threats of boomers.  We could eat and talk in peace.

After our break, we went back down into Bugland and made our way to Owl's Cliff.


The view here wasn't bad...though it wasn't as good as the one from Tremont's summit. 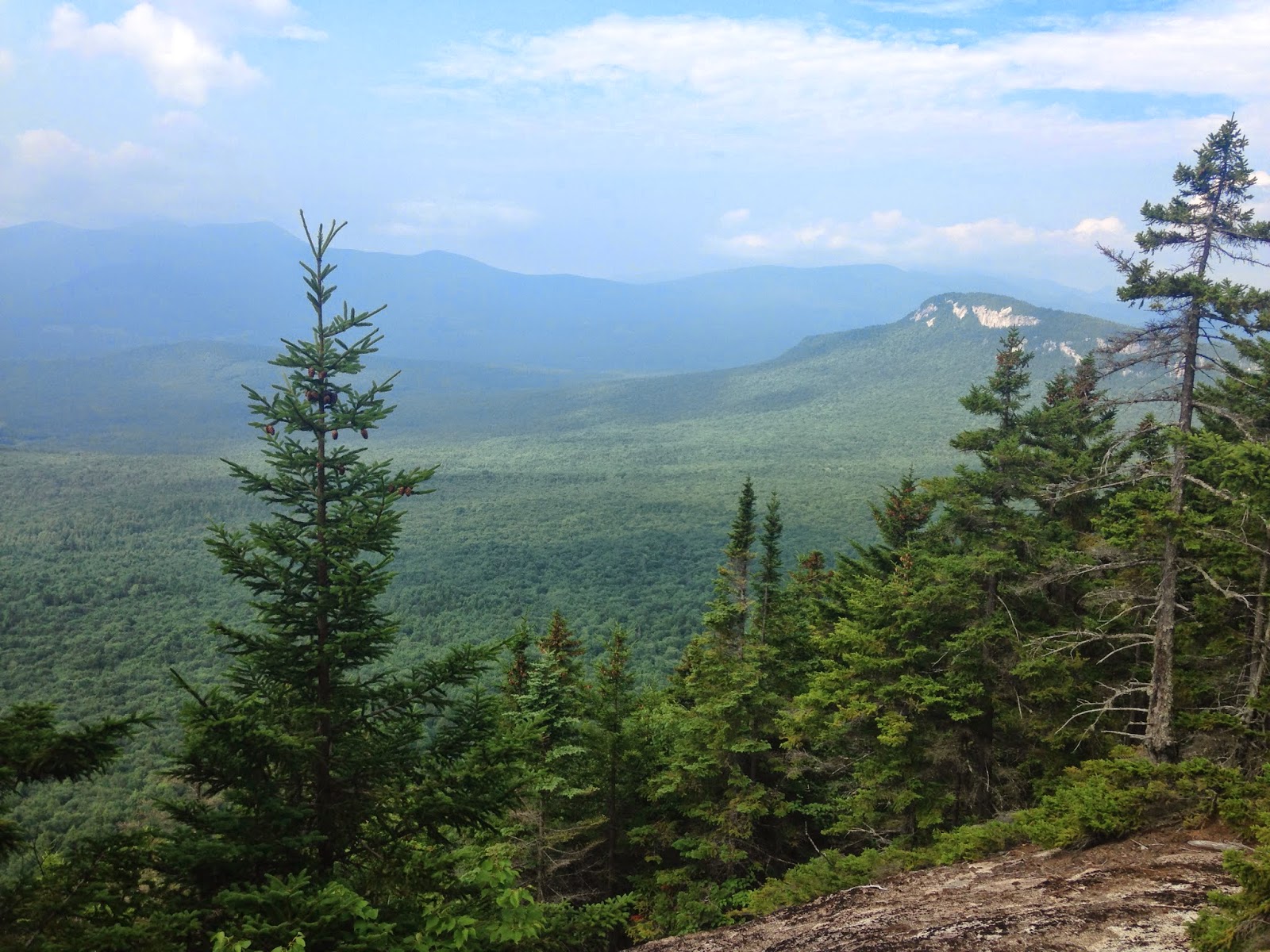 The descent was awful, thanks to the bugs.  The swarm diminished somewhat once we got back onto Sawyer Pond Trail, but the flies/bugs/skeeters didn't disappear entirely until we got to the river crossing by the parking area. 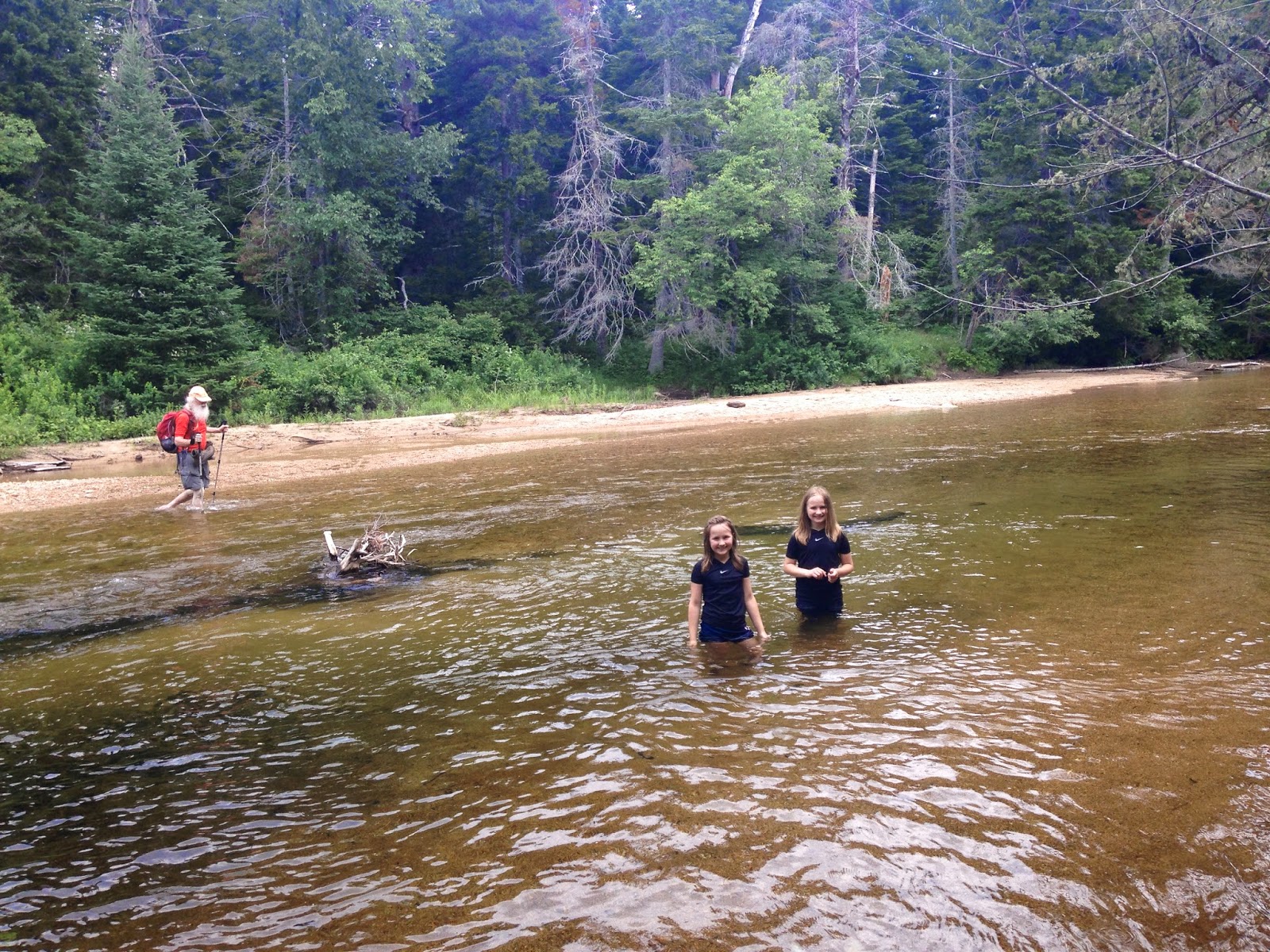 The girls dropped their packs on the other side and went in up to their necks.  The water felt wonderful to them after such a buggy, hot hike. 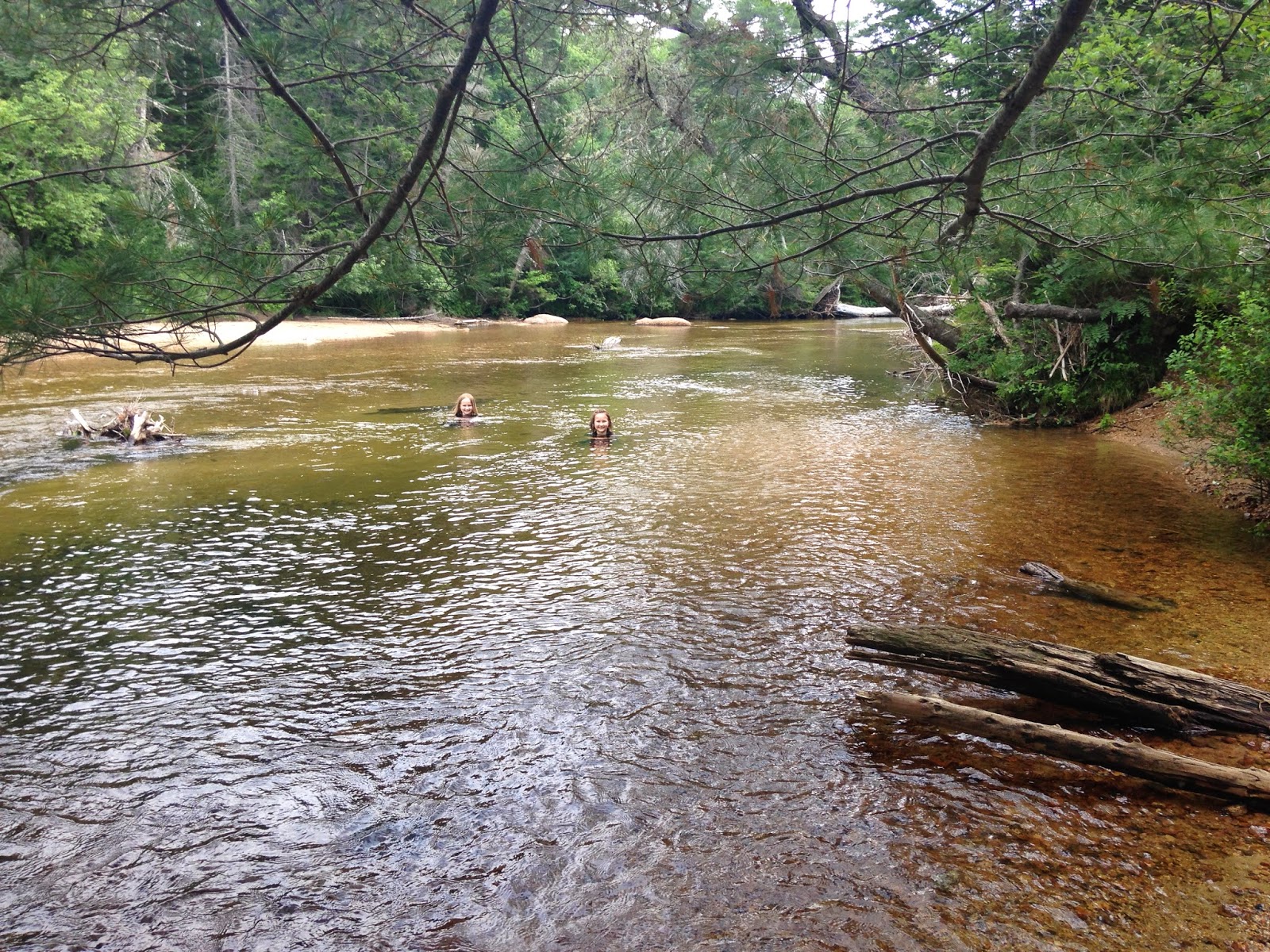 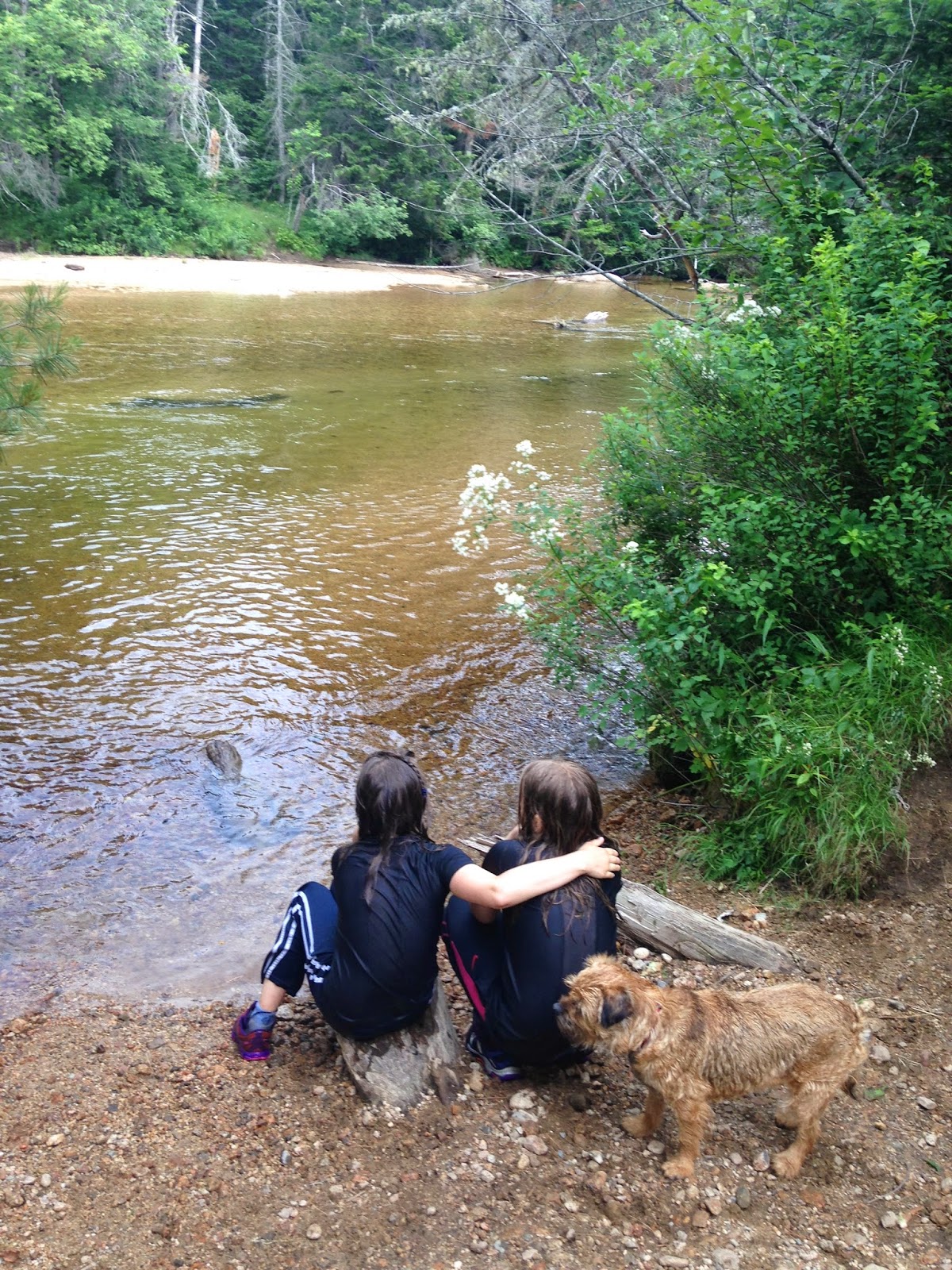 The girls enjoyed their swim for a bit, then we walked (dripped) the short distance back to the car. 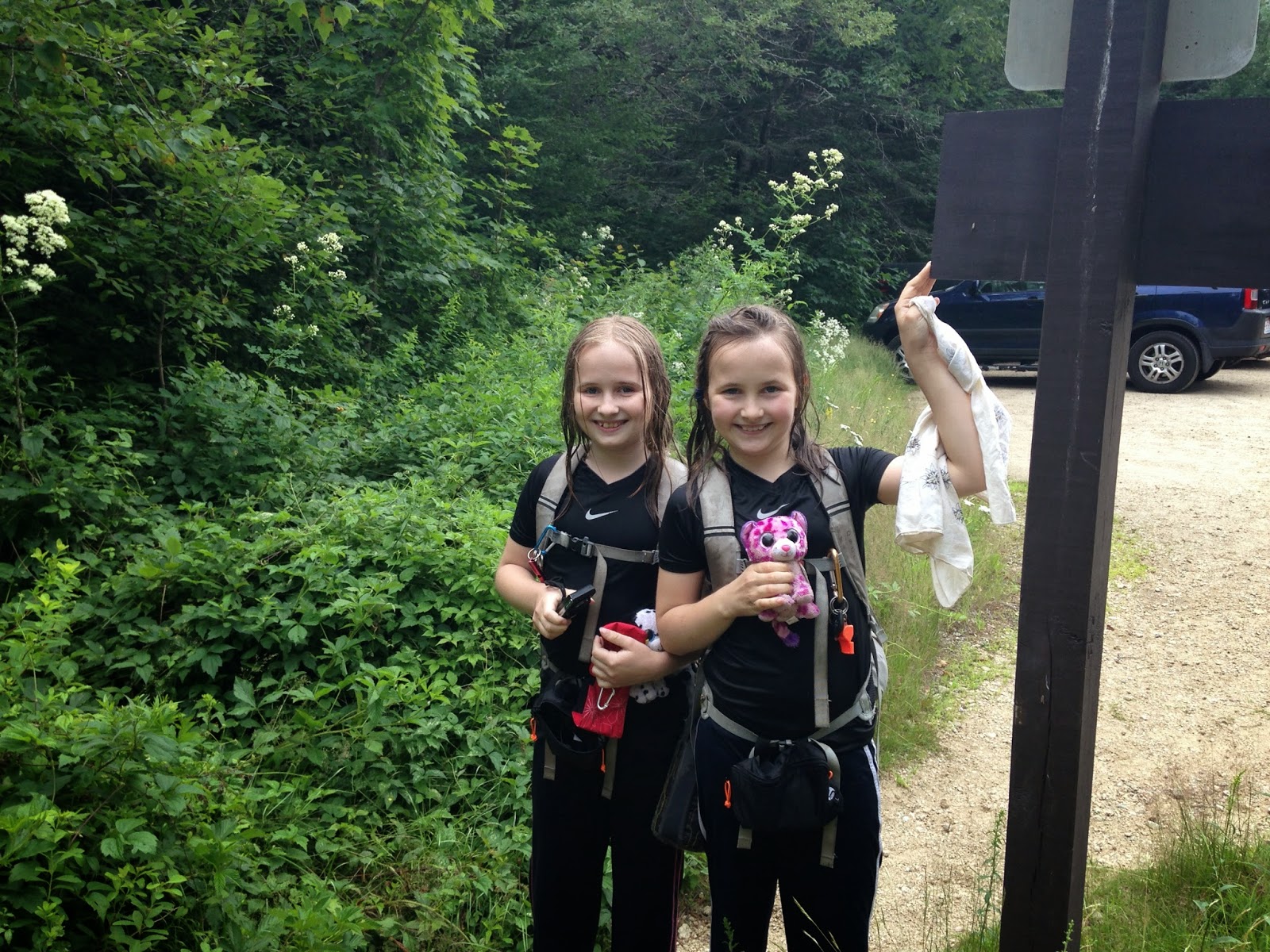 In spite of the bugs, it was a good hike.  We saw a moose on the dirt road (between the sections of Brunel Trail), and there were many cute toads for Alex and Sage to ooh and ahh over. Cumulus is good company, and the swim/wade at the end of the hike was refreshing.  Good times.

Let me know if you want any high resolution copies of any of these pix. I know you mentioned the Owl's Cliff group shot and of course the moose. I also think that last shot of Sage came out really well.

Dennis, thank you so much for coming with us! We enjoyed your company and we look forward to hiking with you again (hopefully in the fall!).

I sent you an email regarding photos. :)

Roberta, I'm glad this trip report was useful. Good luck on your 52WAV quest! It's a nice set of mountains, isn't it?

nice report. It's not my trail but I started to do some work on the sawyer pond trail. Here's that tree that you pictured in your report now.

Thanks for all your hard trail work, Cooperhill! Looks great!