The girls and I are hiking the 500-mile Camino de Santiago in spring 2013 to raise money for girls and women around the world.  Click here to learn more.

Alex, Sage, and I carried fully loaded "Camino packs."  This was our first time carrying everything we'll need on the Camino up and over a Four Thousand Footer. 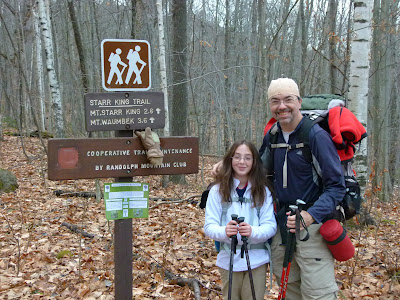 Janelle and Dan, ready to go 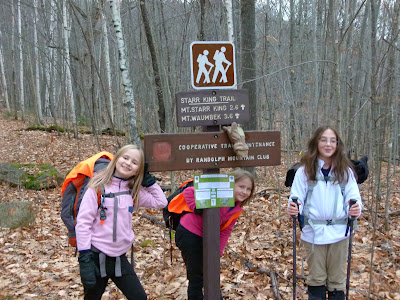 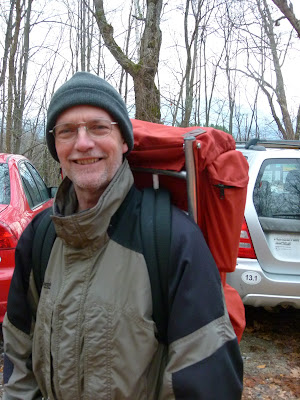 Steve, one of Dan and Janelle's friends 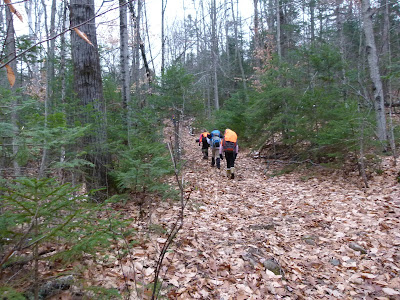 Starting up the Starr King Trail 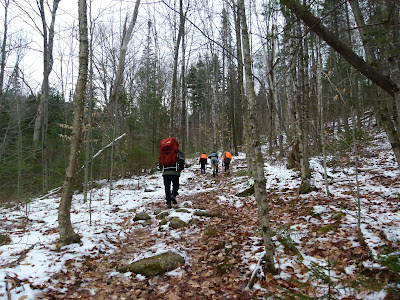 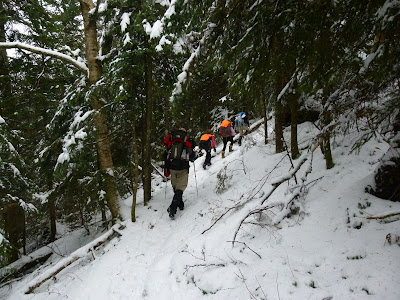 Starr King trail never gets very steep, and, even in the snow and slush, it's a fairly easy 4K.  Our hike was made a bit challenging, however, by the mischievous trees, who kept dumping their accumulated snow on our heads as we made our way up the mountain.  I eventually insisted the girls wear their waterproof shells. 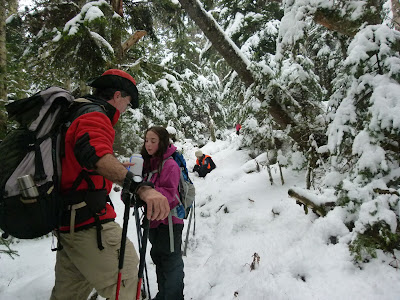 As we neared Starr King's summit, Dan and Janelle moved to the back of the line and Alex and Sage forged ahead.  The girls and I wanted to reach the peak ahead of our friends so we could create an archway with the hiking poles.  Folks approaching their last summit are supposed to walk under everyone else's poles -- it's hiker tradition. 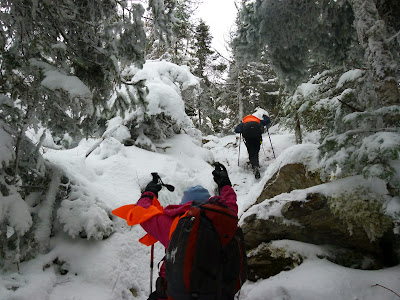 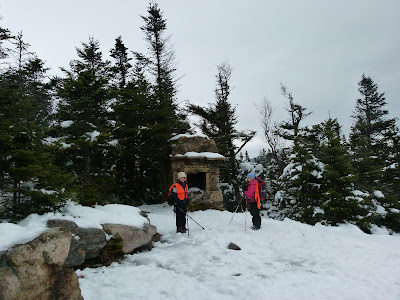 Alex and Sage at the summit of Starr King 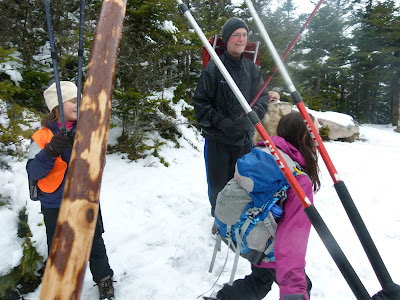 Janelle walking under the archway 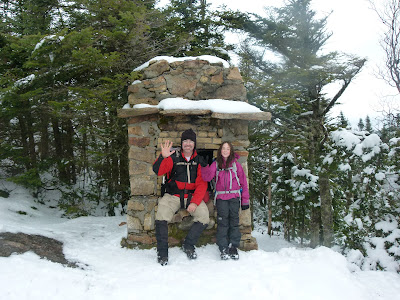 Dan and Janelle finish the 52 With a View! 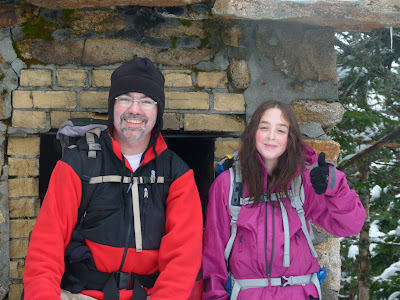 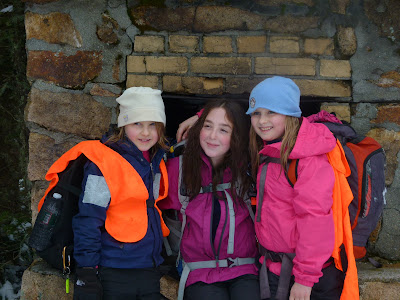 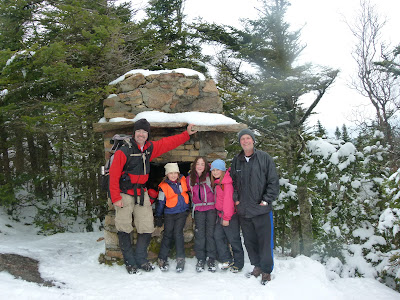 We hung about for a bit, congratulated Dan and Janelle, and ate some snacks.  There were no views, as a lazy Cloud sat in front of the Presidential Range and refused to move.  No matter, everyone was having a blast.  Good times, good company.

Mt. Waumbek's summit is only a mile away from Starr King's, and the path is mellow and easy.  Therefore, Janelle decided she wanted to go ahead and tag her first 4K.  Off we went. 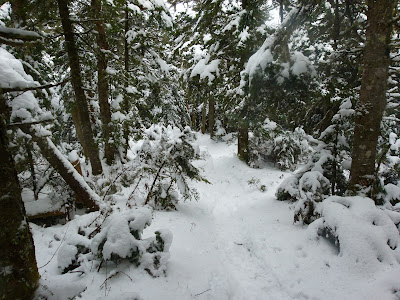 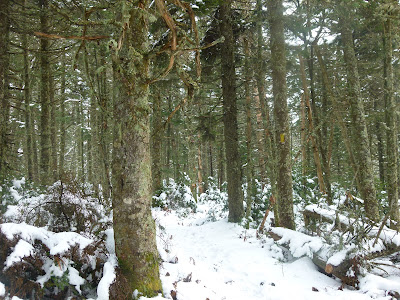 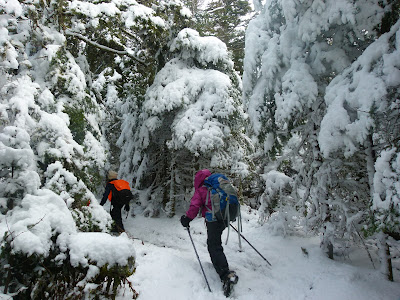 The summit of Mt. Waumbek!  Here's Janelle, Sage, Alex, and my camera strap (sorry).  This was Sage's second time and Alex's third time on Waumbek.  Alex is now a bit more than halfway through her third round of the 4Ks. 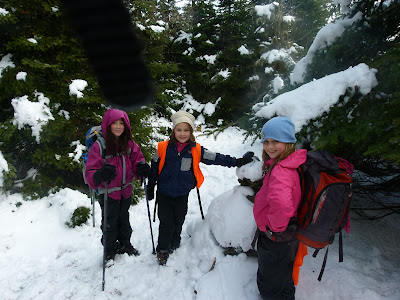 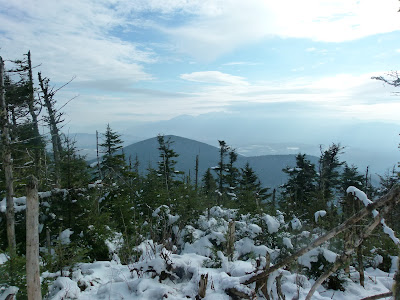 Views from just beyond the summit.

We hung about, ate some more snacks, and headed back to Starr King. 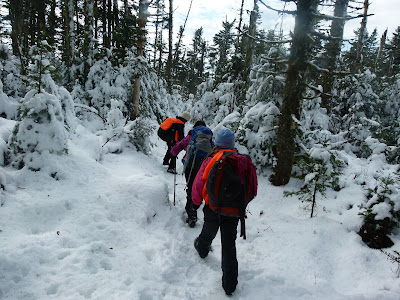 When we returned to Starr King's summit, we found, to our delight, an absence of lazy Cloud. 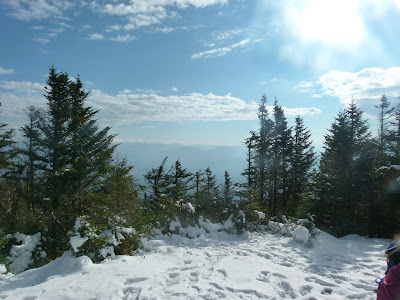 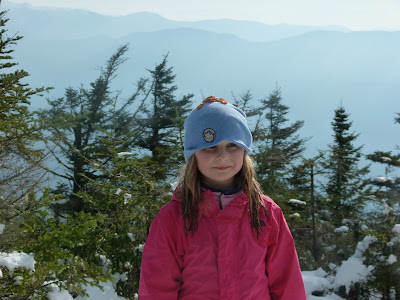 Alex tempts a nearby gray jay 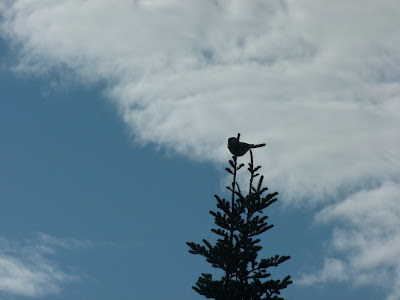 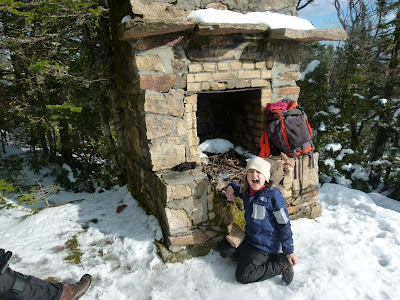 The ancient chimney is crumbling; part of it fell and landed on Sage's leg (she's fine). 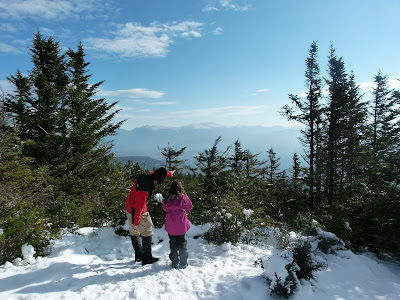 After some more eating and photo-taking, we headed down the mountain. 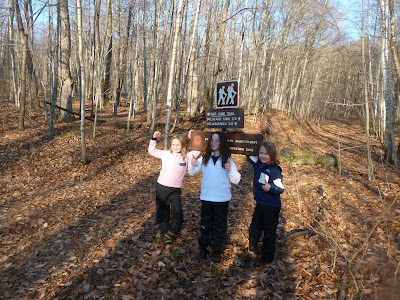 Alex, Janelle, and Sage, back at the snowless trailhead 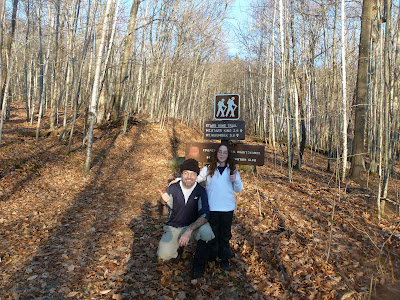 Congratulations once again, Dan and Janelle!  We look forward to reading your book!
Posted by Patricia Ellis Herr, Alexandra Herr, and Sage Herr at 7:01 AM

So bummed that we couldn't be there for this one, but really happy that you all had a great day! Huge congrats to Dan and Janelle on their accomplishment. We WILL join you on some hikes as you work on your new list. (And we look forward to more hikes with you and the girls as well Trish). Thanks for sharing this very special day!

It's always a pleasure to share the trails with you and the girls Trish, even more so for this hike. That was one of those days that will never leave our memories! Big thanks to you Alex and Sage for being our friends, and our inspiration!

Dan, it was our pleasure. Looking forward to tackling those T25 hikes with you and Janelle.

Mark, let us know of your plans -- would love to share the trails with you again.