Please join us on Saturday, October 27 at the Boston Book Festival.  Click here for details.

Our family had a real treat on Saturday; we hiked with Dan and Janelle, the dynamic duo who are currently ascending each of the 52 With a View (52WAV) peaks.  Dan is one of the coolest guys I've ever met, and ten-year-old Janelle is a strong hiker with a great sense of adventure.  It was an honor to spend the day with them.  Dan's currently writing a book about his family and the 52WAV -- in his words,


"The Adventures of Buffalo and Tough Cookie is a book about some special mountains, a peak-by-peak trail guide to help hikers learn about and explore one of New Hampshire’s least-known mountain summit lists, the 52 With a View. But the book is also a personal memoir and travelogue of two friends, a seasoned middle-aged climber and an energetic fourth-grader, as they set off on a bonding journey that will change both their lives."

Click here to learn more about Dan's forthcoming book.  It's going to be a fantastic read!

We met Dan and Janelle at the Mt. Shaw trailhead around 10am.  A note to all you New Hampshire hikers, by the way -- the 2010 Southern New Hampshire Trail Guide advises against ascending this route, as there used to be an issue regarding trespassing on private property.  However, as of Saturday, October 13, 2012, there doesn't appear to be any problem accessing this trail.  Many cars were parked in the lot, there are no signs stating that the land is private property, and the trail is wide and well-used. 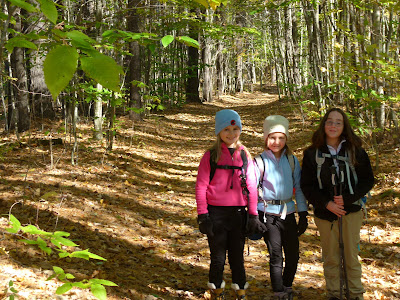 The girls hit it off right away and ascended most of the mountain ahead of the adults. 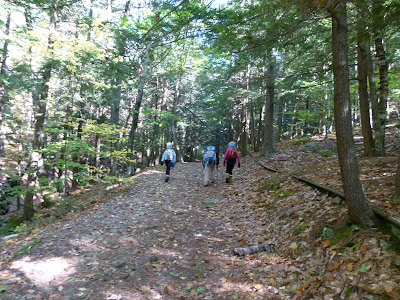 The initial part of the ascent was steep and rough.  Once we hit the old carriage road at the 2 mile mark, the footing became much easier.  The path flattened out and the rocks were few and far between. 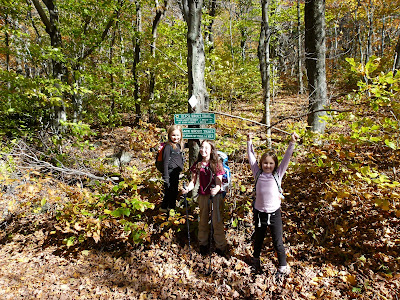 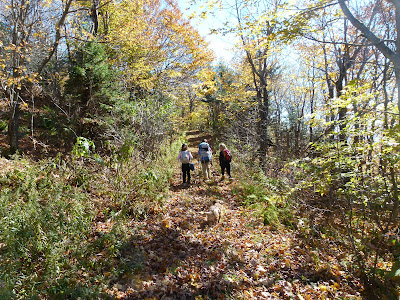 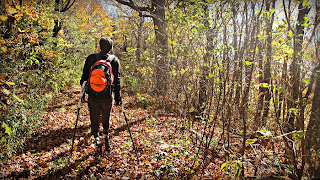 The highest peaks of New Hampshire had a few inches of snow on their summits Saturday morning.  Mt. Shaw had just a few icicles.  Those icicles were beautiful, though.  The girls thought they were pretty tasty, too. 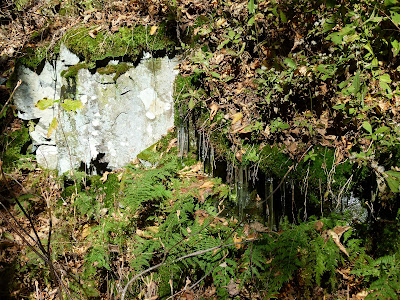 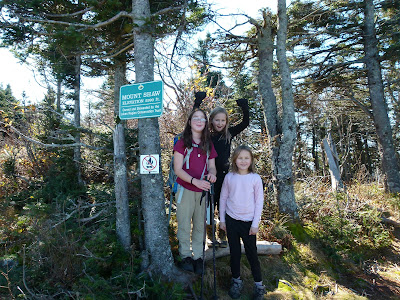 The gang on Mt. Shaw. 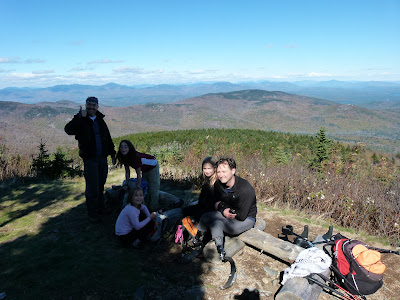 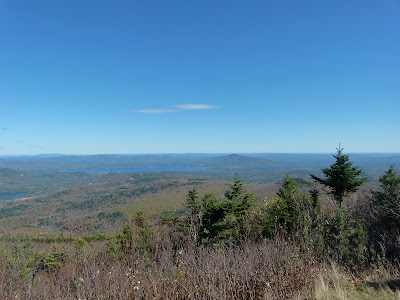 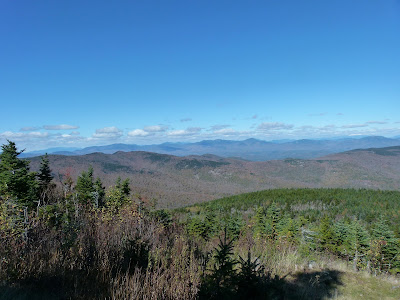 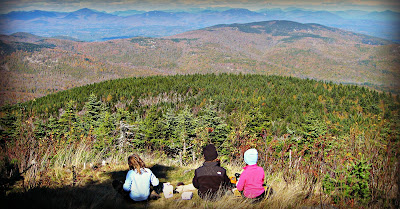 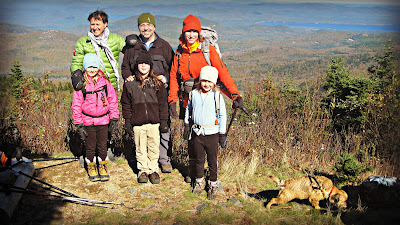 On the way down, we took a spur path to Black Snout.  The short and easy trail was well worth the five minutes it took to ascend.  The views from the top of Black Snout were spectacular. 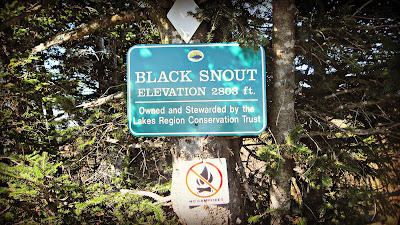 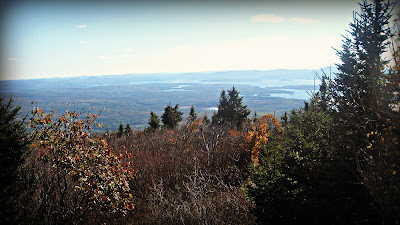 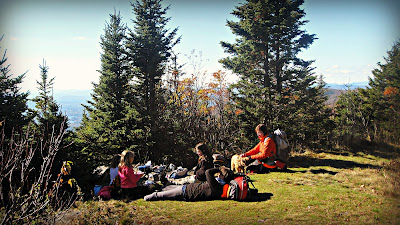 The sun was bright and the conversation delightful; we could have stayed on Black Snout for hours.  However, Alex and Sage had a fall dance they wanted to attend that evening so we eventually picked ourselves up and headed down the mountain. 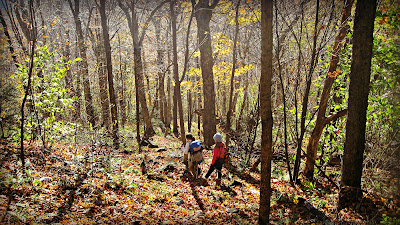 This was an enjoyable hike with excellent company.  The girls and I hope to join forces with Dan and Janelle again soon...as in, very soon...like Thursday.  If the weather forecast holds, then we'll all ascend two of the most scenic mountains in the Whites.  Stay tuned...

***For a more literary account of this hike, see Dan's excerpt at The Adventures of Buffalo and Tough Cookie.***
Posted by Patricia Ellis Herr, Alexandra Herr, and Sage Herr at 11:12 PM

Hi Trish (and Alex, Sage and Hugh)! Thanks so much for the kind words, and the links, and your wonderful company up Mt. Shaw! We are really looking forward to Thursday, though a little terrified as it will be Janelle's longest hike so far. Gonna be a good one.

Dan, we had such a good time! Looking forward to tomorrow.

Your girls & Janelle are so awesomely inspiring! And in this day & age of many adults thinking 'all' kids spend their days in front of monitors with game controls in hand, it's especially refreshing to read of everyone's adventures in the great outdoors. Thank you for sharing your experiences with us - and thank you for accompanying Janelle & Dan.

Nancy, thank you -- Alex and Sage love to hike with Janelle. The three are a good fit; it's nice to see the next generation of young outdoorswomen getting along so incredibly well. :)

We hope to hike with Dan and Janelle again soon.