It's November, a new month for Grid work!  The girls and I have very few 4K hikes logged for November months, so, when we looked at our hiking history, we saw we could pick almost any of the 4Ks for our weekly hike.  For those of you unfamiliar with NH 4K hiking, the Grid is hiking all 48 of New Hampshire's highest mountains during each of the months of the year.  Since 2008, the girls and I have hiked 4Ks (interspersed with 52WAV and TW72 peaks) almost every week, so, without trying, Alex is now about a third finished with the Grid and Sage is about 1/4 finished.  If we focus solely on 4K hiking from now on, then both girls will finish the Grid before they reach the age of 17.

We are not under stress or pressure to accomplish this -- it will simply be the result of our having hiked every week throughout their childhood, which is what we would do anyway, lists or no lists.  The weekly hiking is and always has been vital for our mental and physical well-being.  No matter what changes happen in the girls' lives, no matter what's going on academically or socially, these mountains will always be here.  The mountains are constant, they are reassuring.  The girls will always have them, even when they are my age, even when their children are my age.

We hadn't hiked Garfield since January 2012.  This would be Alex's fourth time on the summit, and Sage's third time, but, since it had been almost four years since we'd been on this trail, neither girl could remember their past Garfield experiences.  We had boots at trail around 7:30am -- I was excited to experience this peak through both their sets of eyes...I remember each and every hike the girls have ever done, so it's fun to re-introduce them to peaks and watch as they start recalling bits and pieces of this, that, and the other. 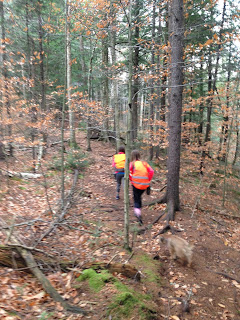 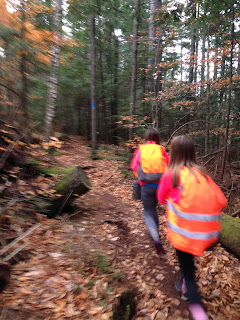 A few tenths of a mile from the parking lot, we met an old Garfield friend.  This fallen tree, with its roots exposed to the trail, has been there since before 2008.  Both girls remembered it once they saw it.  There are fallen trees all over the Whites, of course, but this particular tree stands out because it is right next to the trail, and because you can see it from 50 feet or so away.

The hike up Garfield is mellow.  The trail only becomes steep after the intersection with Garfield Ridge Trail.  For most of the way up, it looks like this -- 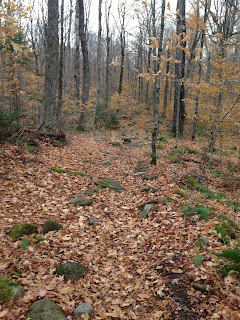 A few tenths of a mile below the intersection, more Garfield friends showed up.  Gray jays! 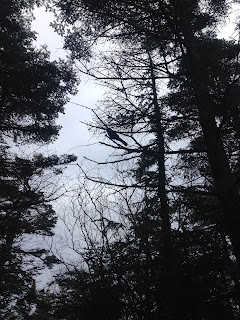 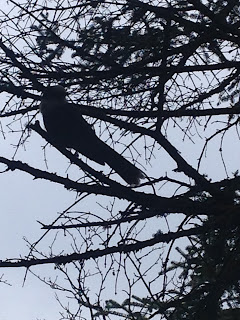 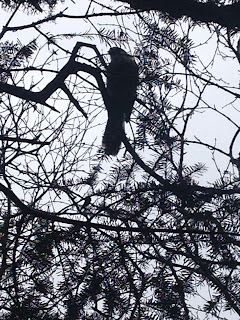 I did not have my birdseed handy, and I did not feel like digging it out of my pack just yet, so we continued onward.  We figured our friends would still be there when we descended. 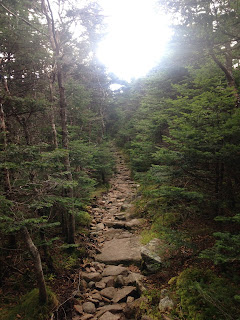 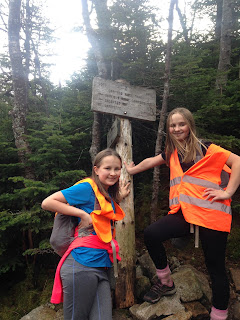 The last time we were here, the area looked a bit different.


We began the steep bit of the ascent, which lasts a tenth of a mile or so. 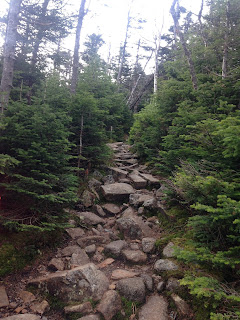 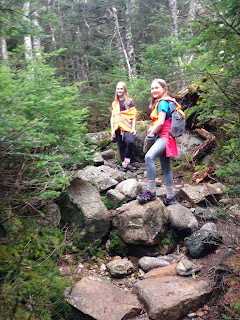 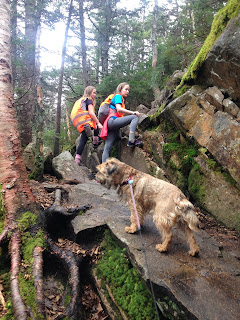 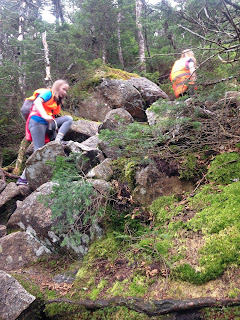 There was a teeny bit of ice here and there, but nothing we couldn't step around.  No microspikes needed. 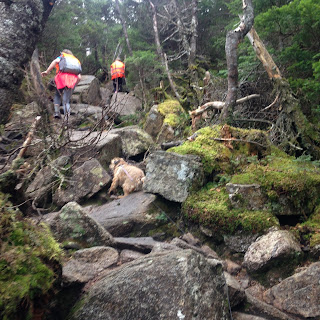 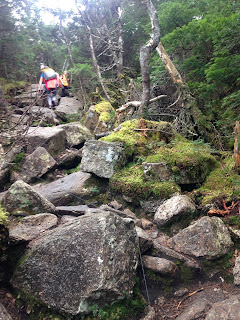 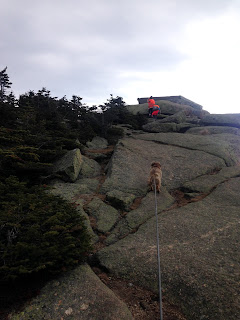 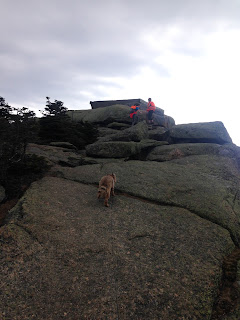 The day was warm for the season, but the wind bit unpleasantly into our skin, so we ducked down into the shelter of the look-out cabin (what's left of it, anyway). 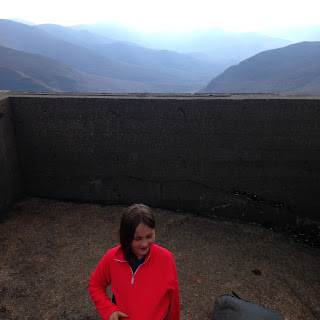 I had forgotten how gorgeous the views are from the top of Mt. Garfield! 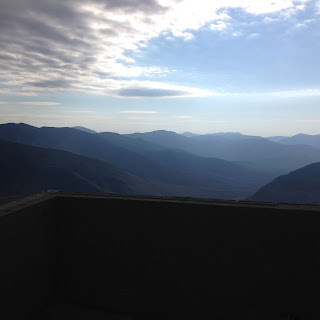 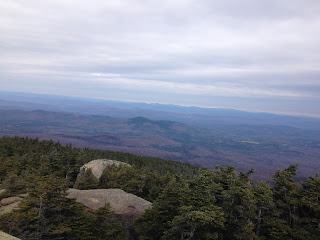 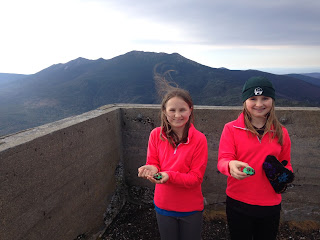 We sat for a while and enjoyed the grasshoppers (Desserts on the 48!), then headed down.

The jays were waiting for us, of course.  Sage sacrificed one of her goldfish crackers while I dug out the birdseed. 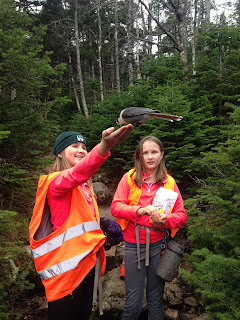 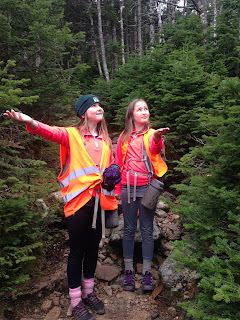 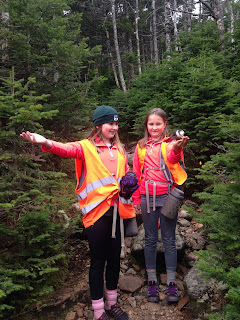 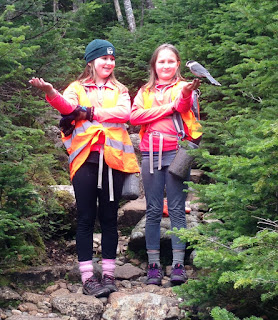 'Twas a nice walk in the woods!  I love living in the Whites.  I swear we have the best hiking trails and scenery in the United States.

We will attempt another Bonds Traverse this week.  I'll post the trip report next weekend.