I'm honestly not trying to bore anyone by posting 8 million trip reports of Tecumseh.  On some weeks, we only have a few hours to squeeze in a hike.  Tecumseh is close to our home and we can get up, down, and back to our house within three and a half hours.  Besides, we didn't have Tecumseh for May yet, so we felt we may as well go get it.  We MAY chase the Grid...the girls say they want to, but I won't say they definitely are until another few years have passed.  It'll take Alex and Sage four + more years of weekly 4K hiking to get the Grid, and they may change their minds between now and then.  Still, I'll facilitate this interest for as long as it holds, which may very well be until both have the Grid...but maybe they'll get bored doing the same mountains over and over again...time will tell.

Tecumseh Trail.  Around 5 miles round trip with about 2200 feet of elevation gain.

There wasn't as much snow as I thought there would be...there's been a lot of melting during the past week and a half.  What was left was usually easy to avoid.  I'll let the photos do most of the talking. 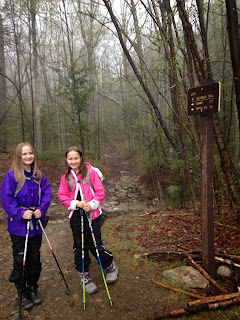 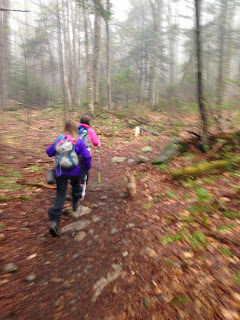 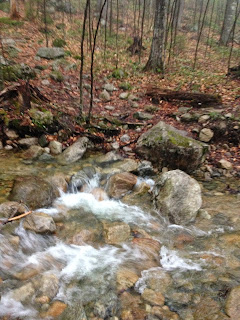 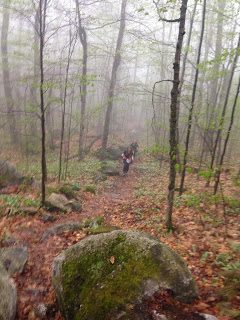 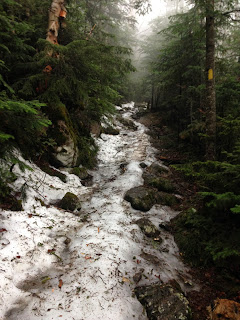 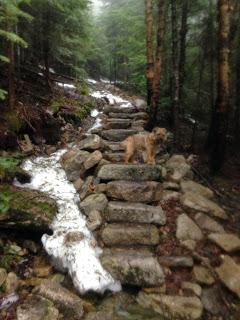 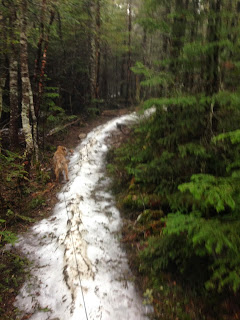 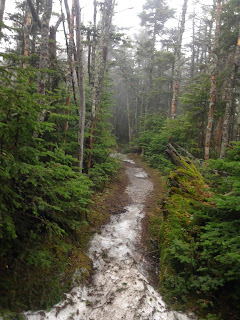 It's funny...right near the summit, there was a giant, deep mound of snow that lasted about twenty-five feet.  It was like the snow had ganged up on us, ambush-style. 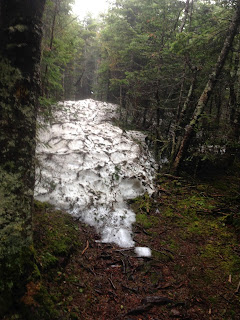 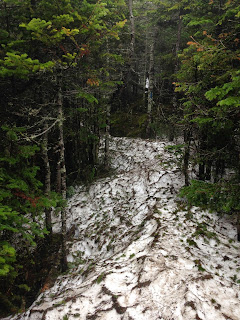 Summit!  The view today was Cloud. 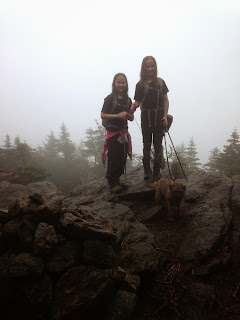 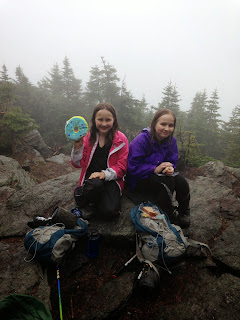 We ate, we drank, we descended.

'Twas another nice day in the woods.  It was especially nice to have our border terrier, Max, with us again.  He doesn't like hiking in the winter, so this was his first serious hike in six months.  He seemed happy to get back on the trails.

Our hike has to be short again this Sunday, then we'll get back to longer hikes Memorial Day weekend.  See you out there!