We got a late start for this one.  Usually, we're on the trails first thing in the morning and finished by early afternoon.  On this day, however, Alex had an oral quiz with one of her teachers (via an online provider) at 10:30.  As soon as Alex finished her conversation, we jumped in the car and headed to Crawford Notch.  We needed to make it up and back down by 4pm so the girls could get to their evening karate classes.

This was Alex and Sage's seventh and sixth time, respectively, up Jackson, so we knew the trail well.  The warm temperatures mandated the wearing of snowshoes...or so we assumed...it turned out the trail was so packed we could have done without them on the way up.  We saw six other people during our hike, and four of them were barebooting without postholing.  We wore our 'shoes anyway, for the sake of grip, since I'd neglected to bring microspikes. 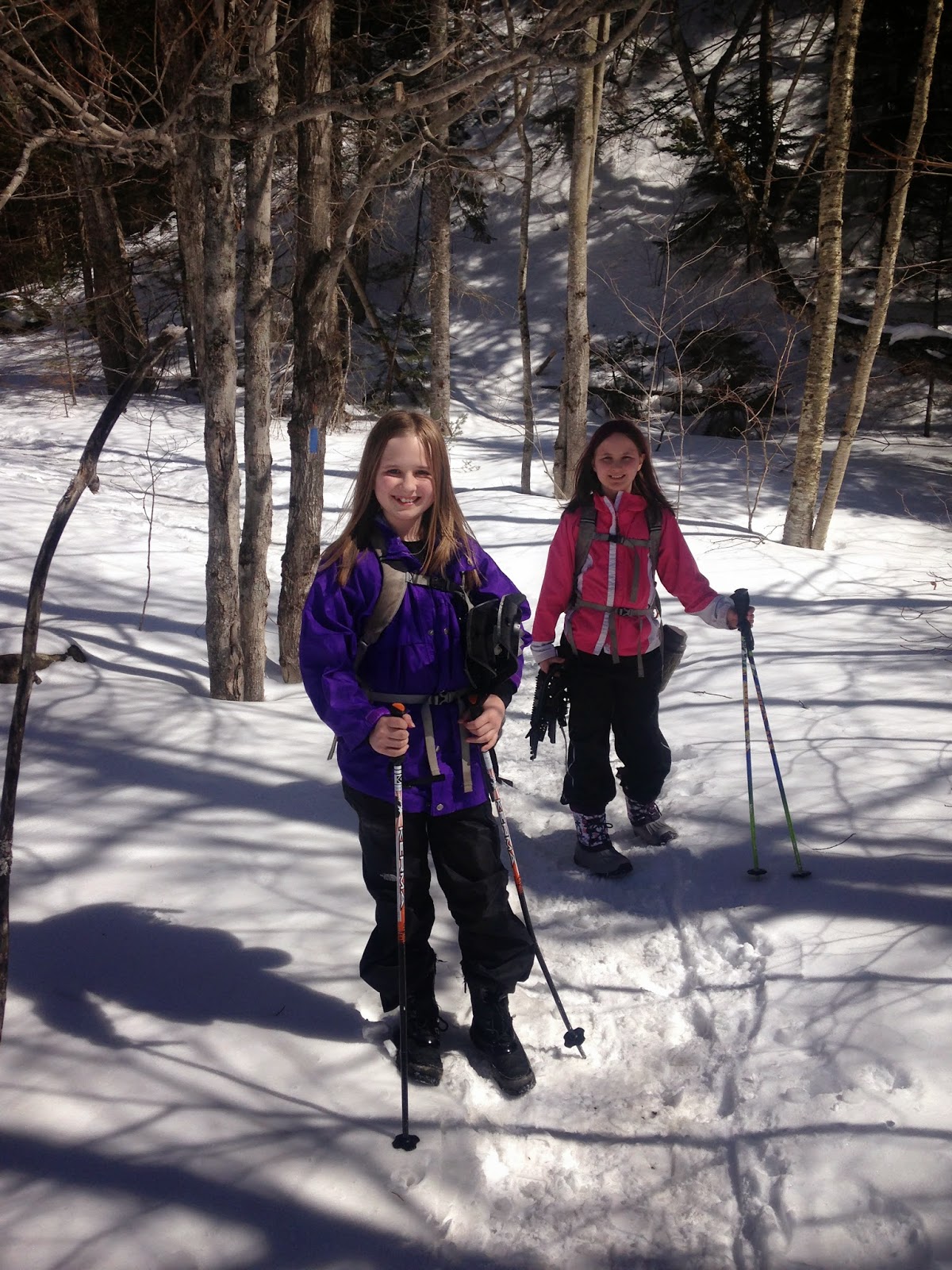 We had hoped to see grey jays -- Alex has a photography assignment due soon and she wanted to take some pictures of the jays -- but, unfortunately, none showed.  We had passed a couple of people coming down while we were on the way up, and they had said there were quite a few on the summit.  I have always seen grey jays on Jackson, so I assumed they'd be up there when we arrived...but no.  The folks we passed said the birds had stolen half their peanut butter sandwich, so maybe, by the time we arrived, they'd sated themselves on the pbj and didn't want to investigate additional opportunities.  Or, perhaps, they didn't show up because there was an unleashed (but friendly and  well-behaved) dog not far behind us.  Dogs have a way of keeping the wildlife at bay, so perhaps the canine was the reason for our rare, jay-less Jackson experience.  The clear day and stellar views more than made up for the lack of birds, however, so our disappointment didn't last long.

The temperatures were so warm that we could have stayed up there forever...but the hour of karate was fast approaching, so down we went.  The girls made great use of their sleds, and we made it back to the car in what seemed like thirty seconds. 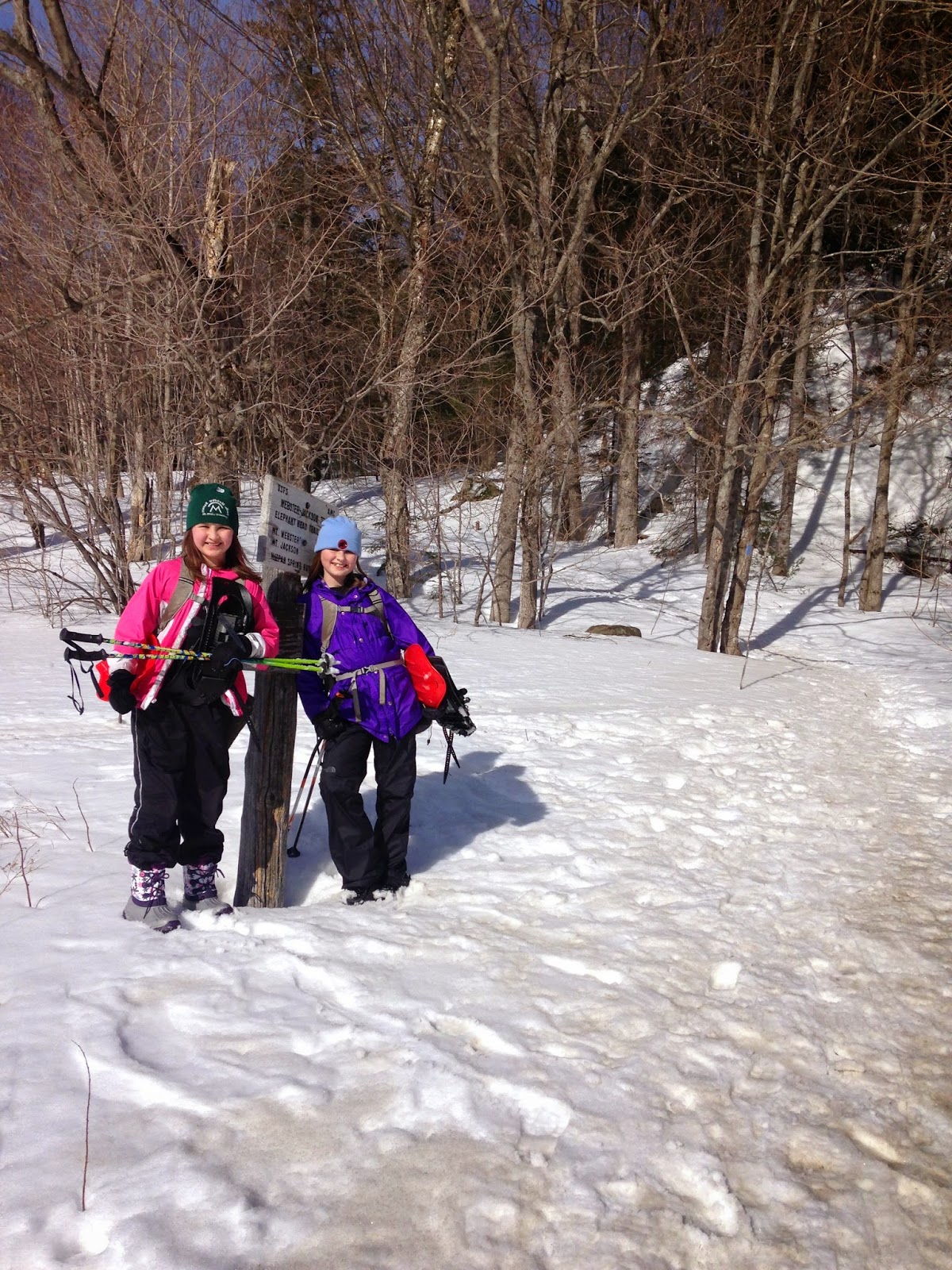 It was a nice day out and we look forward to ascending something else next week.

My kids and I were on that trail last Friday. Looks like from your photos the snow has melted a little since last week! Still a lot to go but it's getting there :)