Hooray, we can hike once a week again!  We hope to be out there most Sundays from April onward.  Plus, sometimes, we'll ascend something midweek.

Sunday hiking means we get to catch up with folks we haven't seen in a while, as most of our hiker friends visit the mountains on weekends.  Last Sunday, March 1, we had the pleasure of sharing the trails with John Myers, a great fellow we haven't seen since autumn.

We met at the Crawford Path's winter parking area, just across Route 3 from the Highland Center.  It was a balmy -9 degrees F when we got out of the car at 7:30 am. 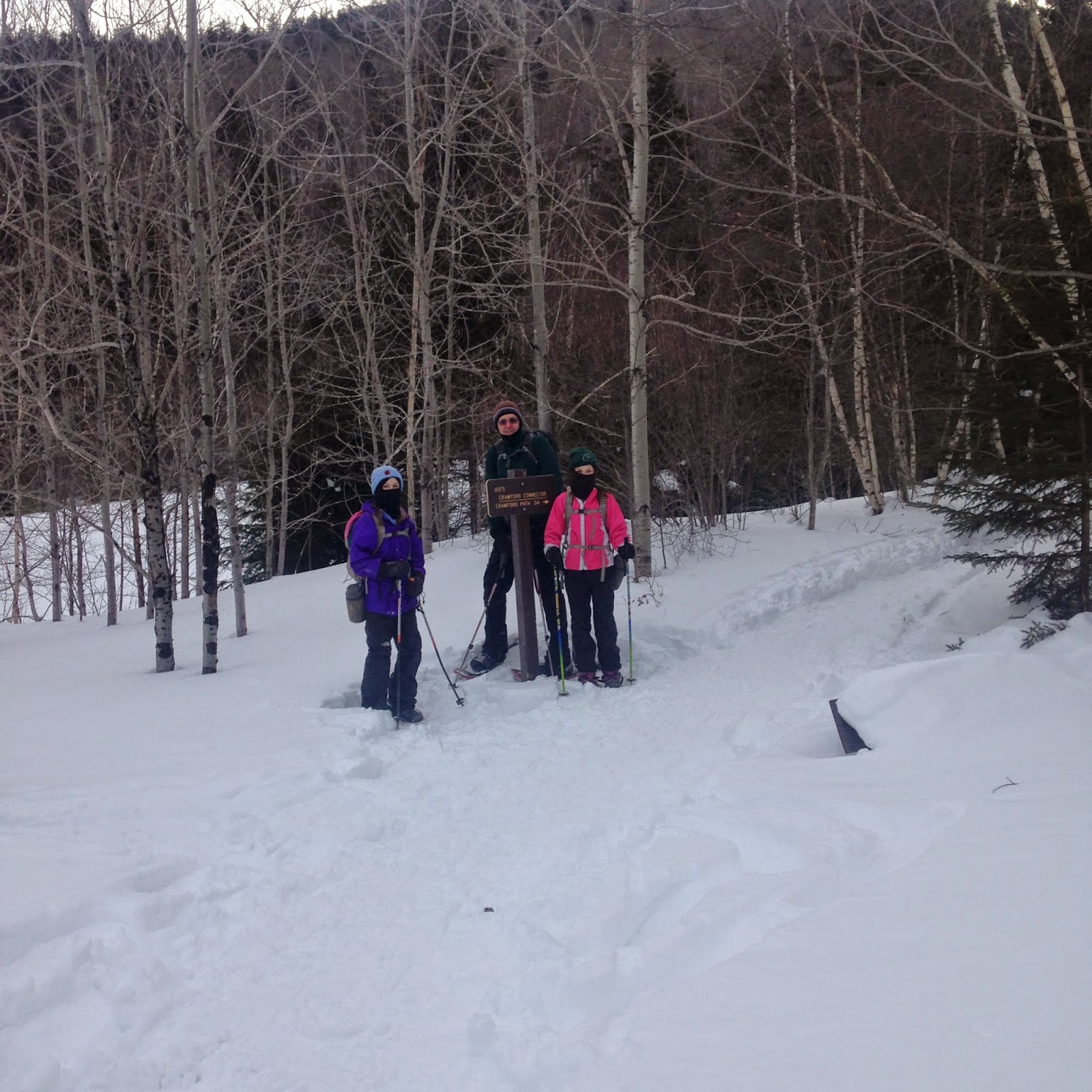 The trail was well packed when we arrived.  The girls therefore chose to wear their Hillsound Pro crampons; I would have worn my microspikes, had I remembered them.  I donned my snowshoes for the purpose of grip, but I probably would have been fine completely barebooting it.  Of course, one always wants to bring the snowshoes up the mountain just in case one needs them unexpectedly...I therefore strapped the girls' 'shoes to my pack before hitting the trail. 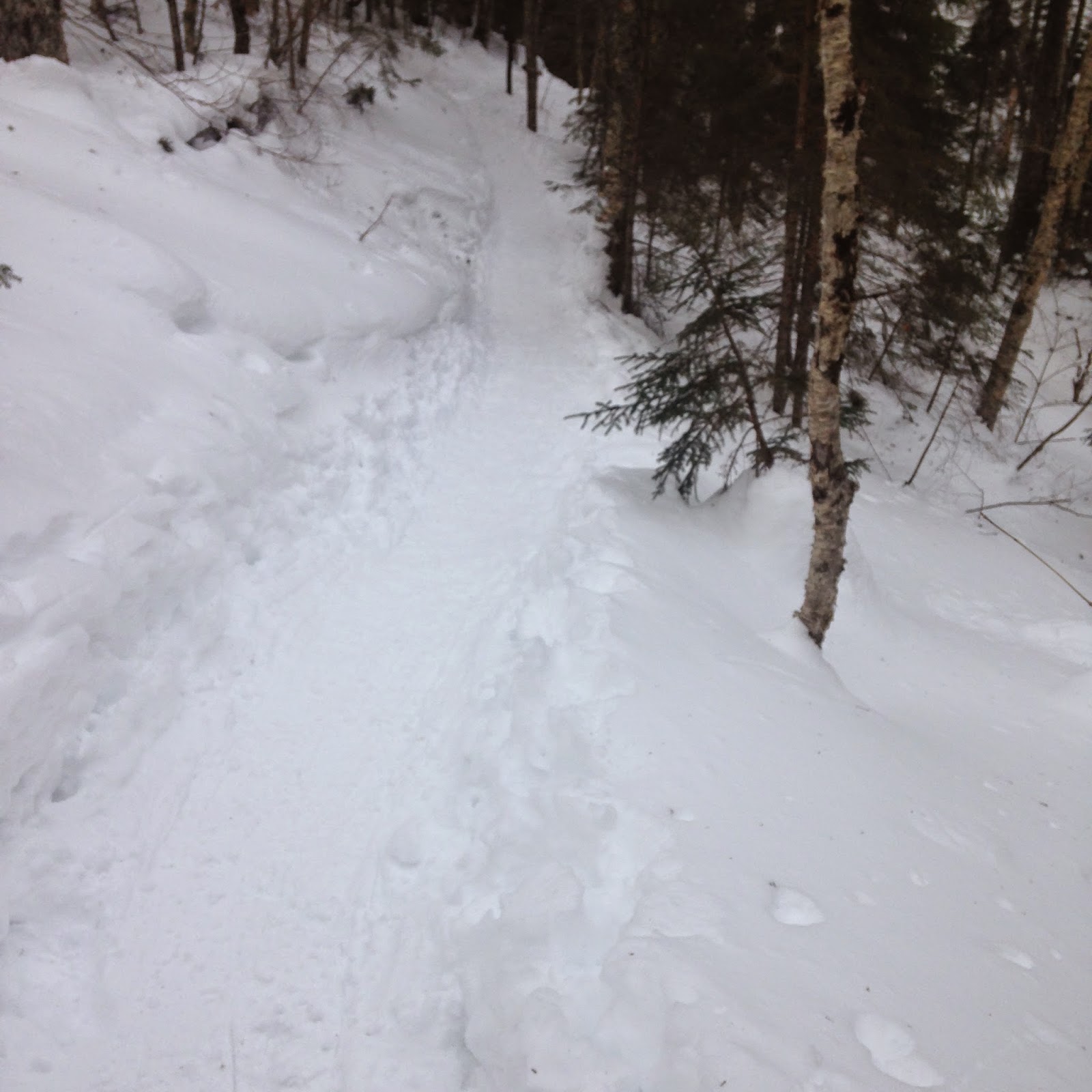 We took a break 1.5 miles up, at the intersection with the Mizpah Cut-Off. 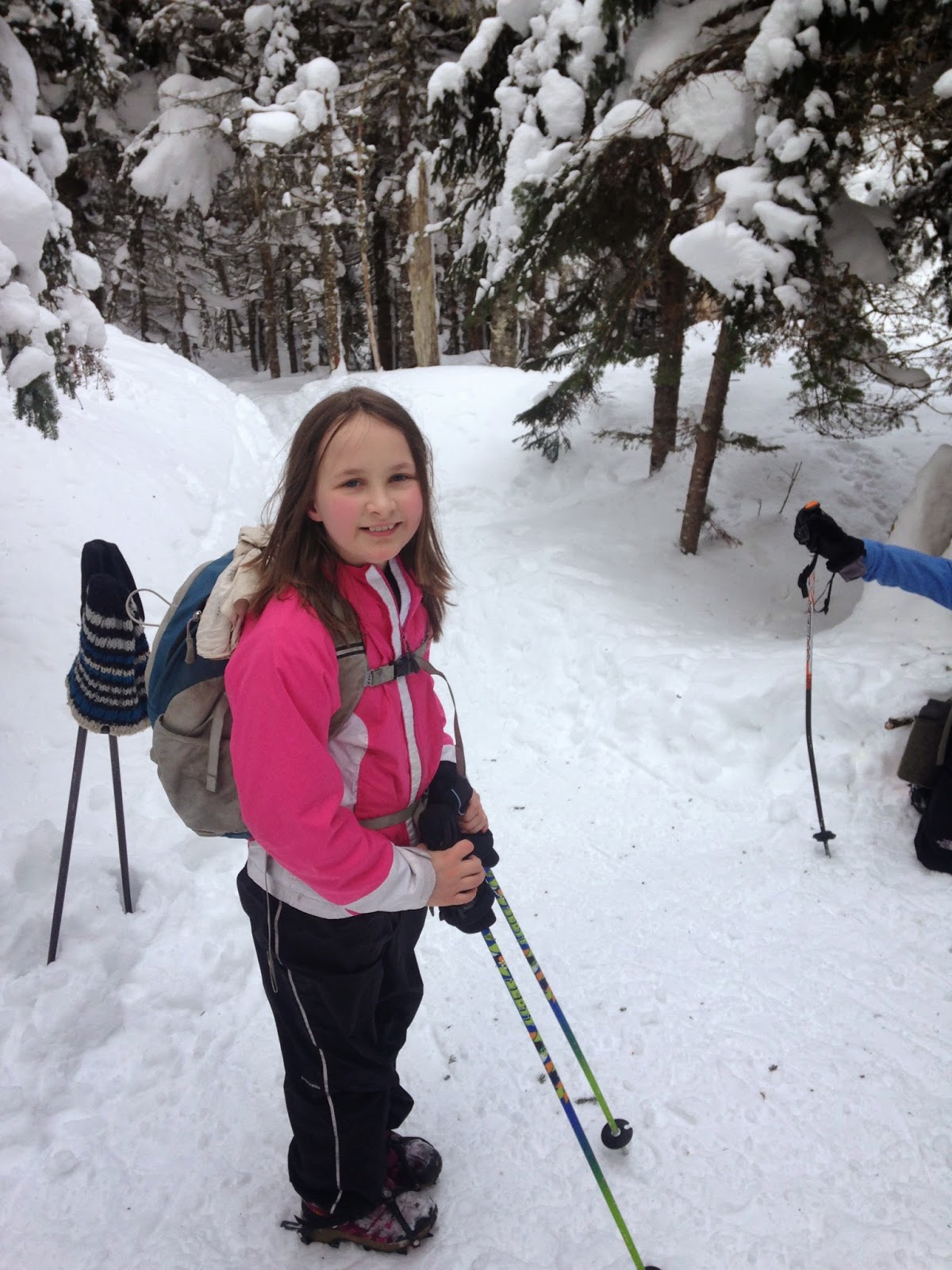 The gray jays soon arrived -- can you see a feathered friend in the photo below? 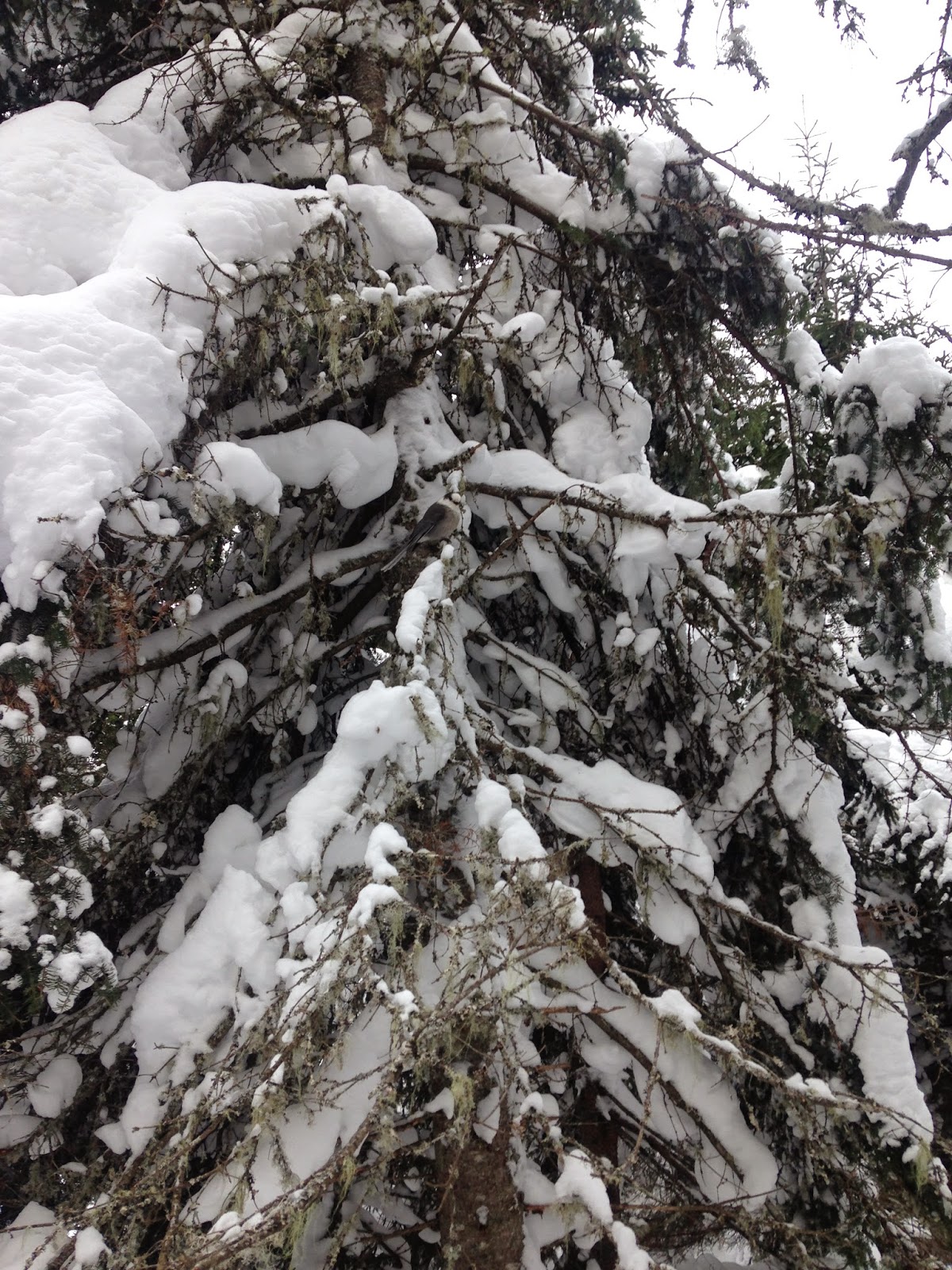 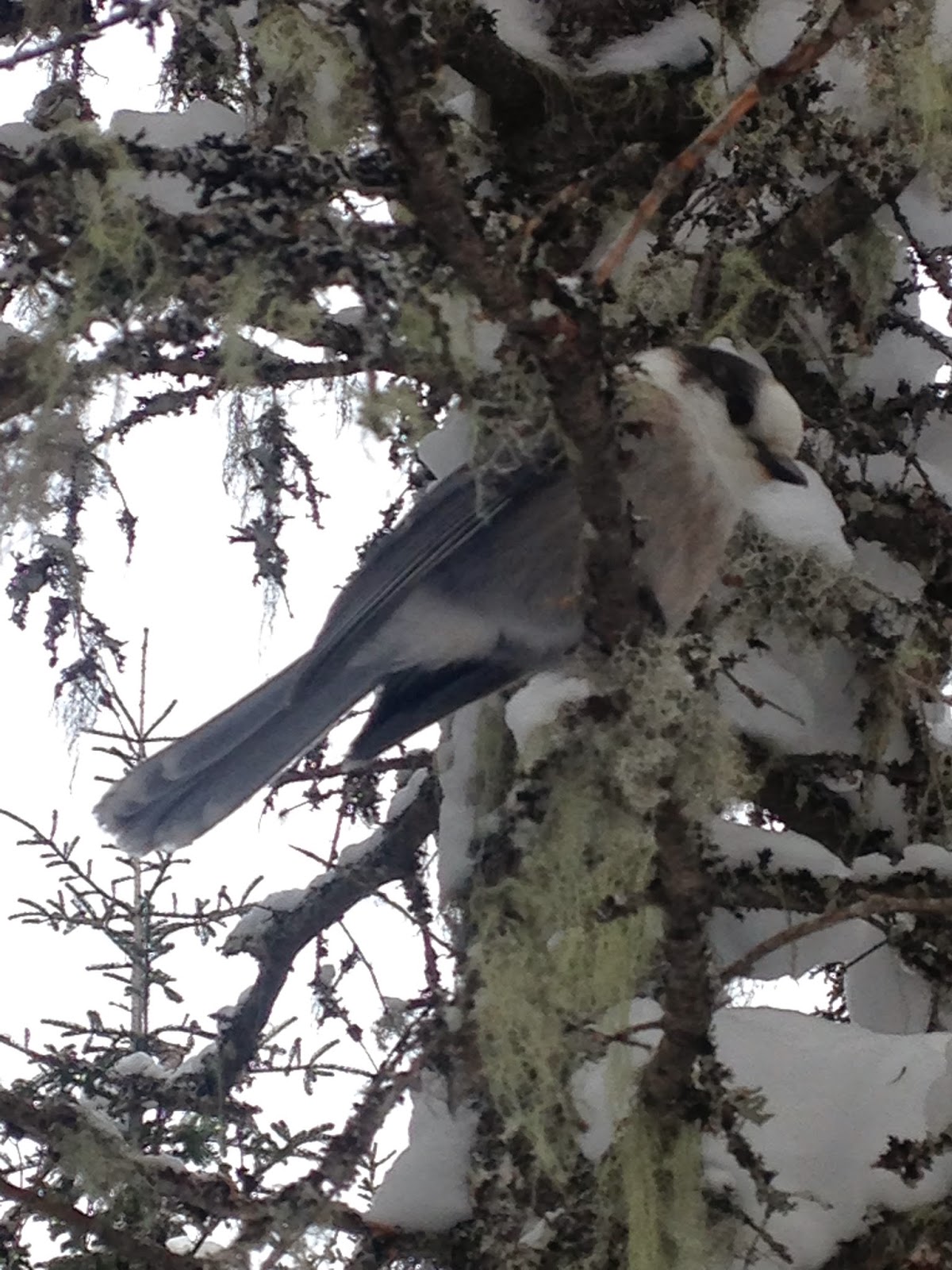 We continued onward, up the final 1.2 miles to treeline. 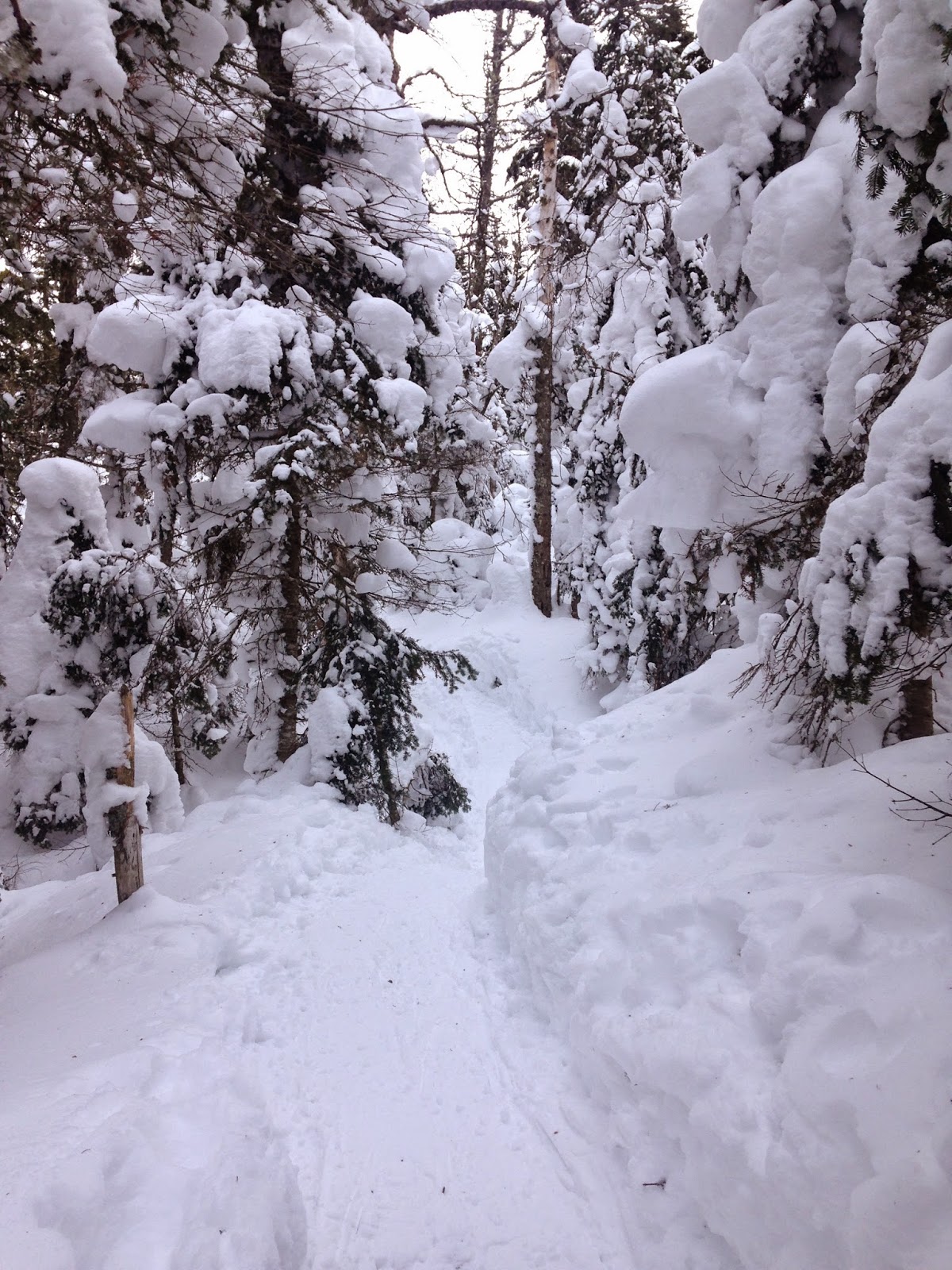 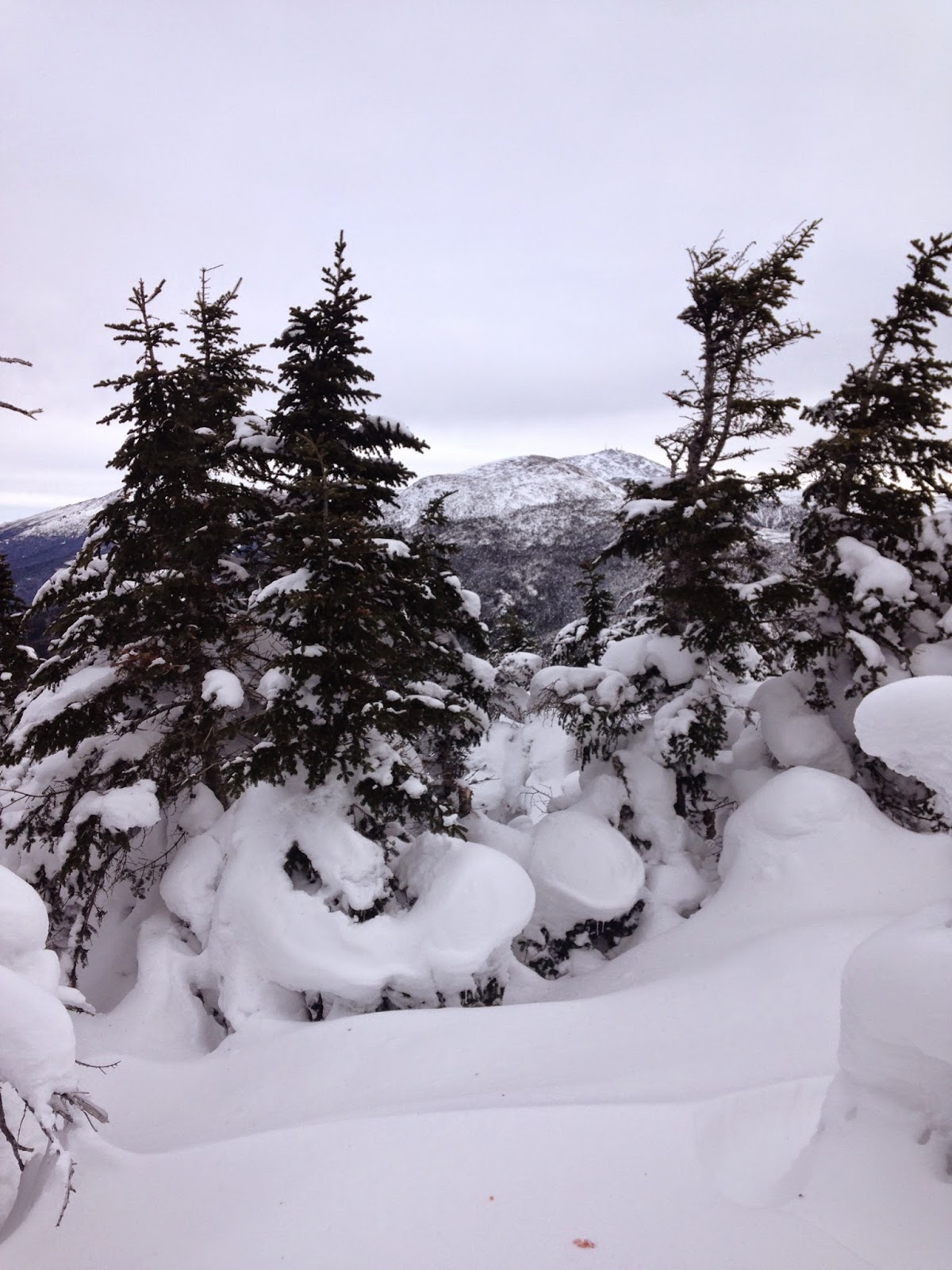 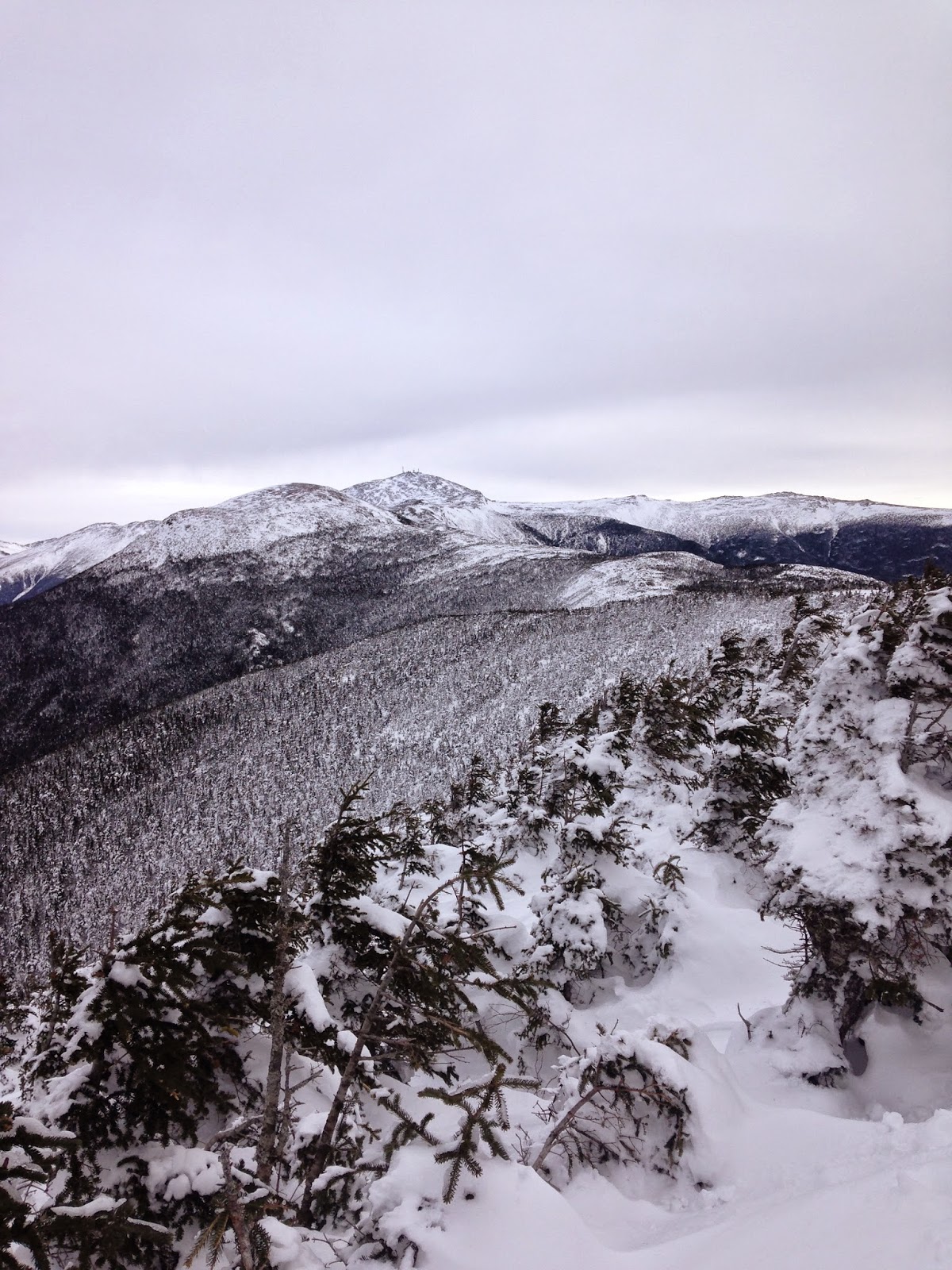 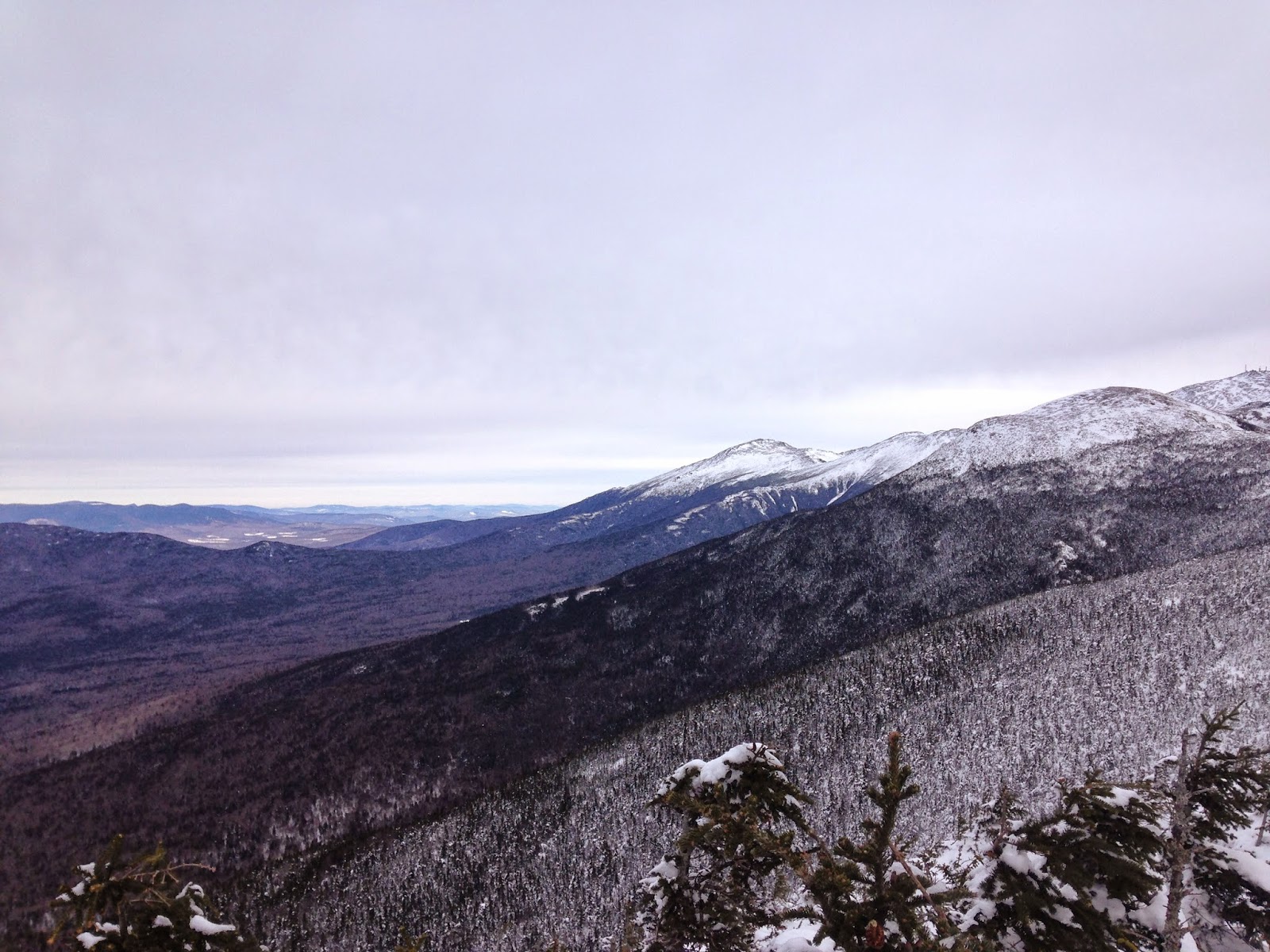 The wind was very much there and it felt like frostbite weather, so we layered up soon after I took the following photograph. 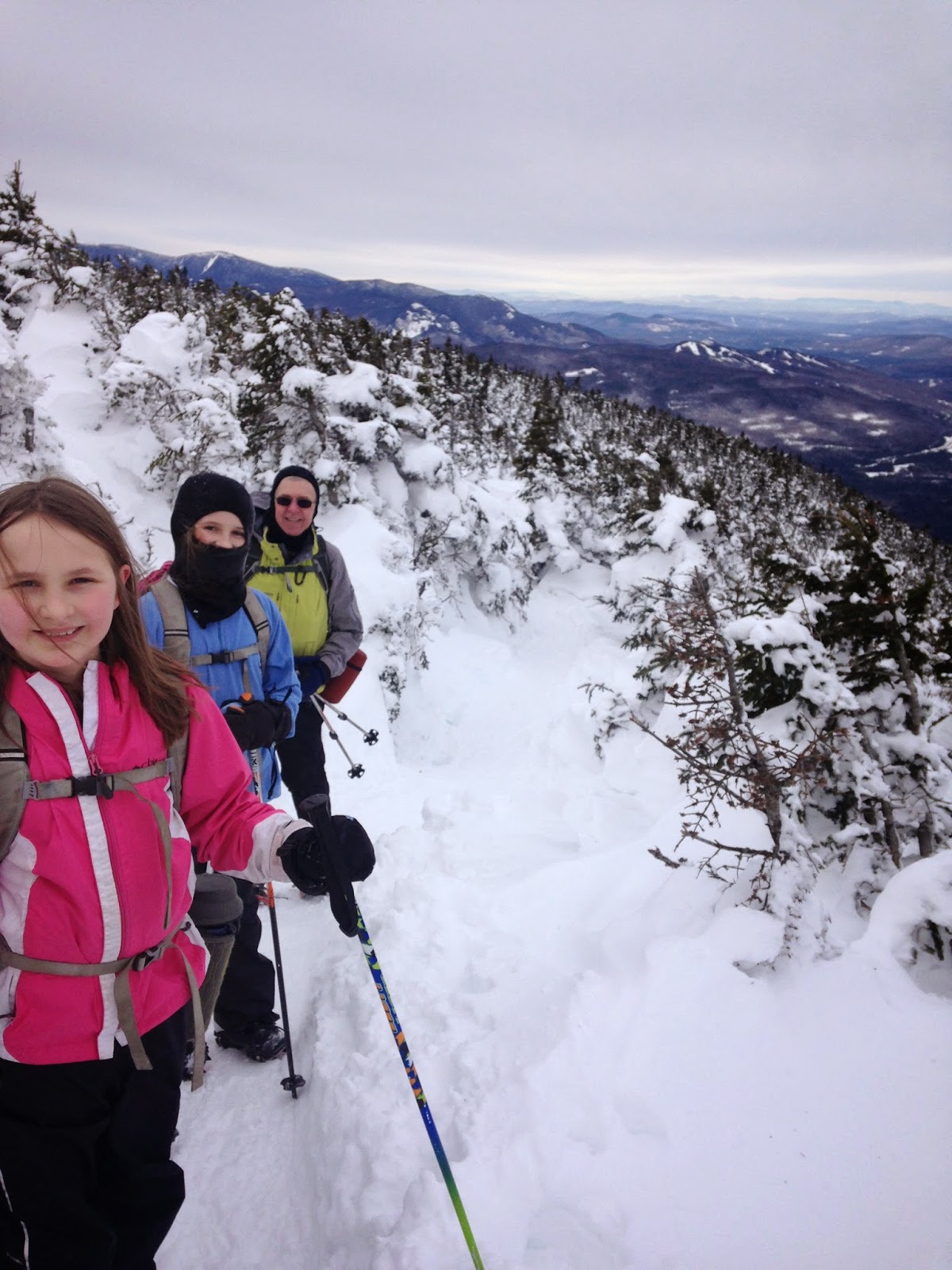 From here, it was a quick 0.1 mile up to the summit of Pierce.  Note - if you're heading up that way anytime soon and haven't previously bagged Pierce, then take the right fork of the snowshoe track that heads up from the intersection.  Someone went the wrong way...don't take that left fork.  Go to the right and straight up -- you'll see cairns once you've ascended twenty or thirty feet.

We arrived at the summit (the summit cairn is currently buried under a ton of snow) and ate PIES on Pierce. 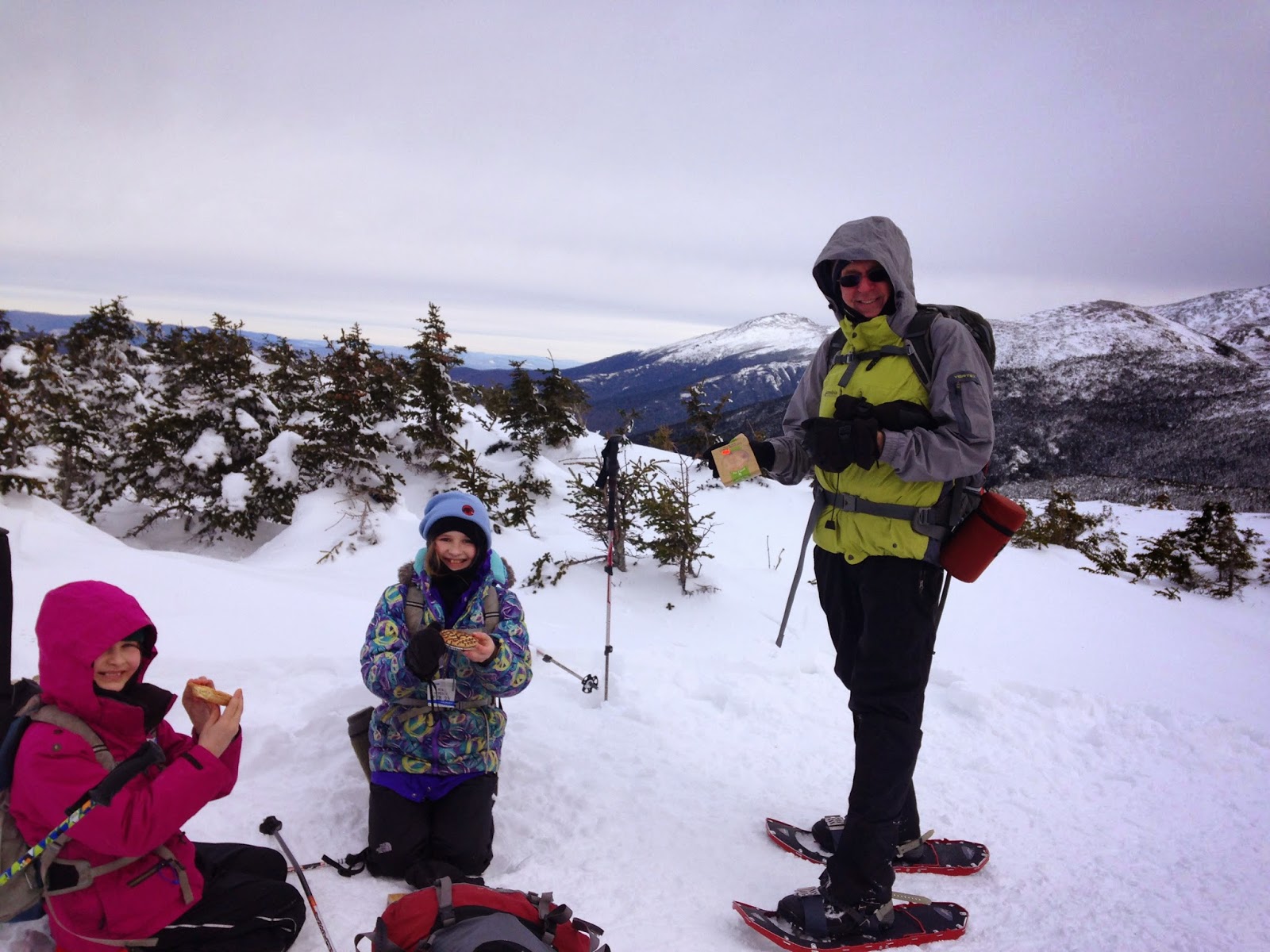 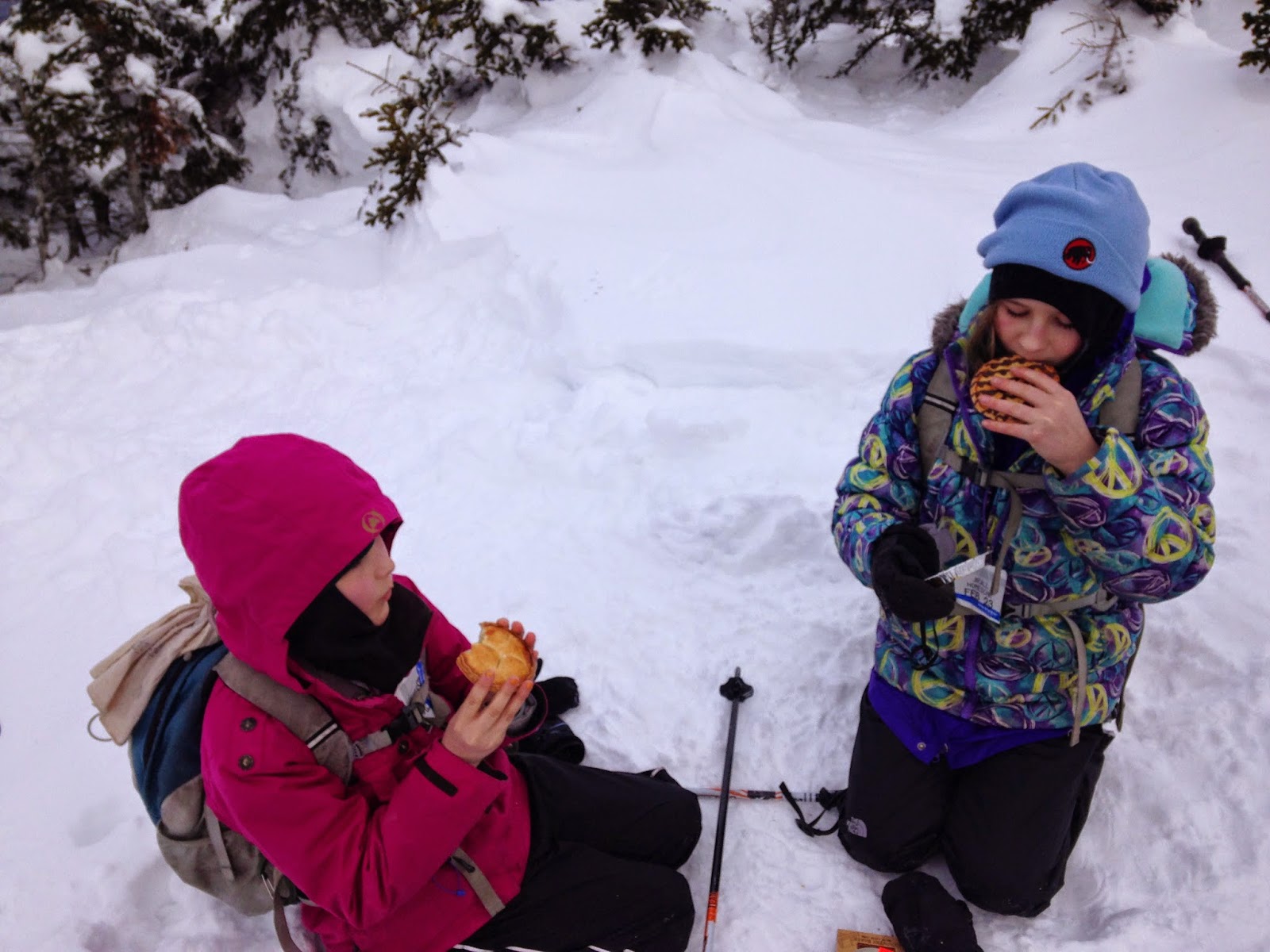 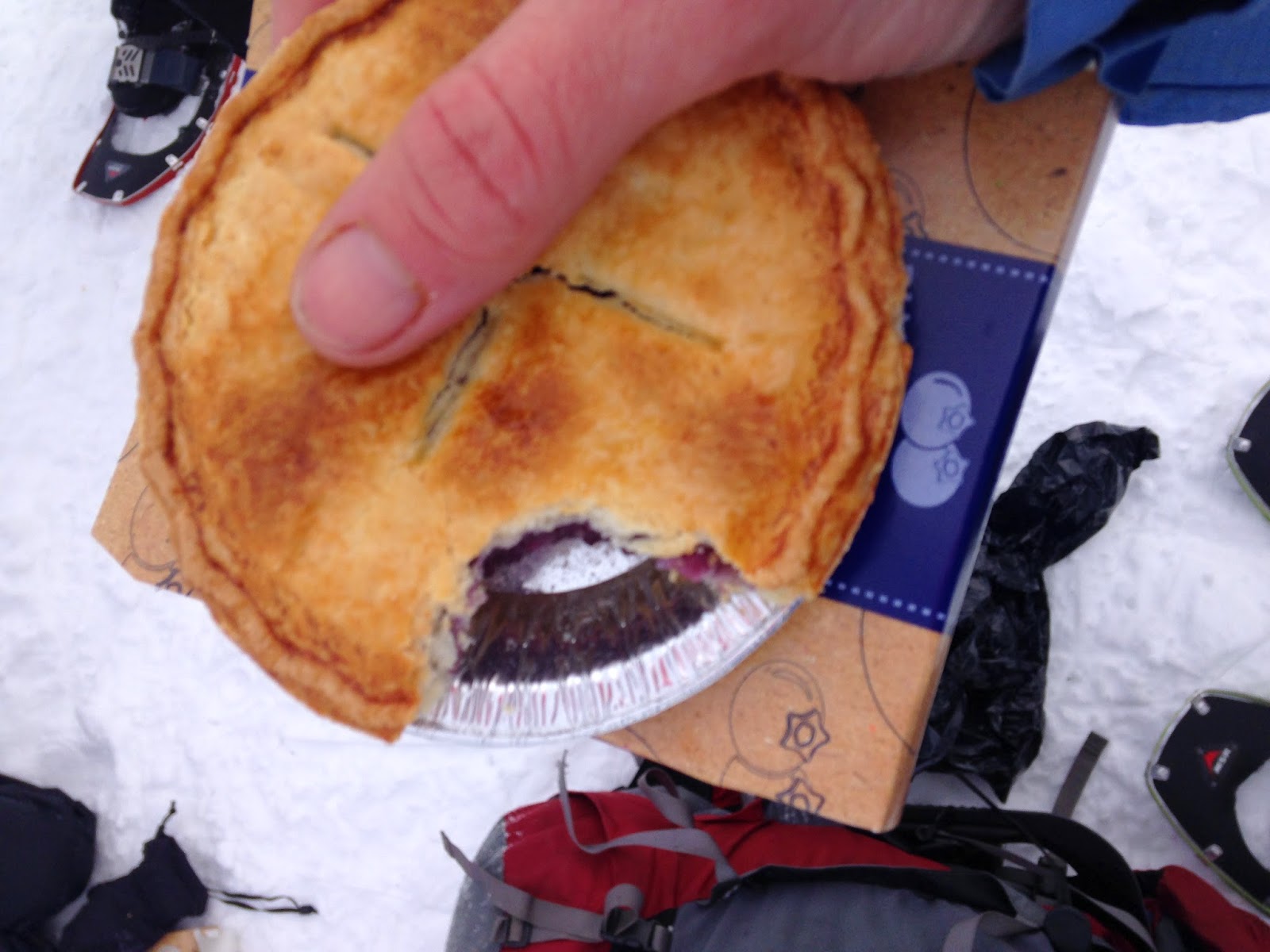 We couldn't rest for long due to the freezing temperatures and ornery wind.  We headed over to Eisenhower as soon as we finished scarfing the pastries. 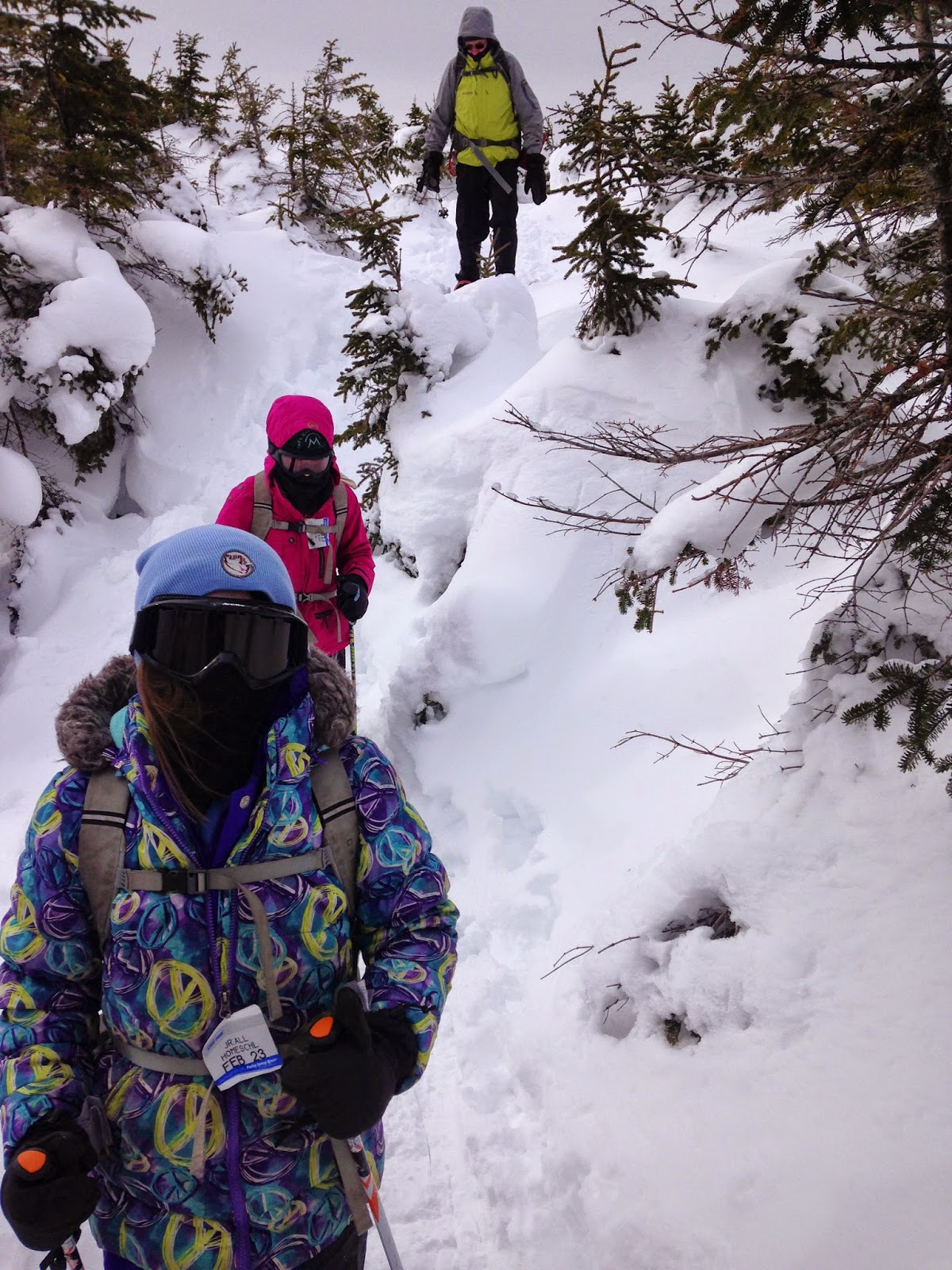 Eisenhower ahead, with a hiker ahead of us. 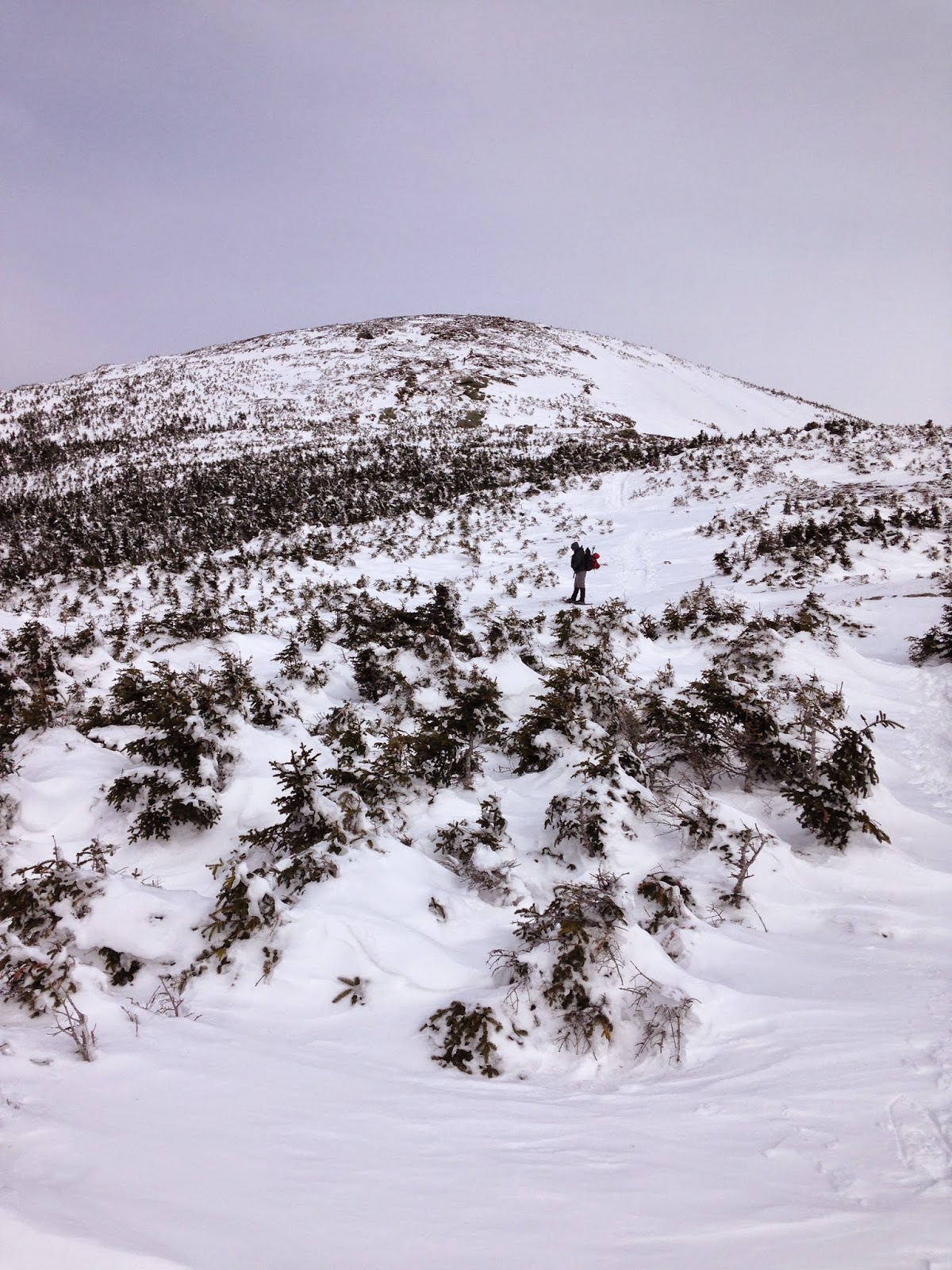 Taking a break during the 1.6-mile hike on the ridge between Pierce and Eisenhower.  Pierce is behind us, in the background. 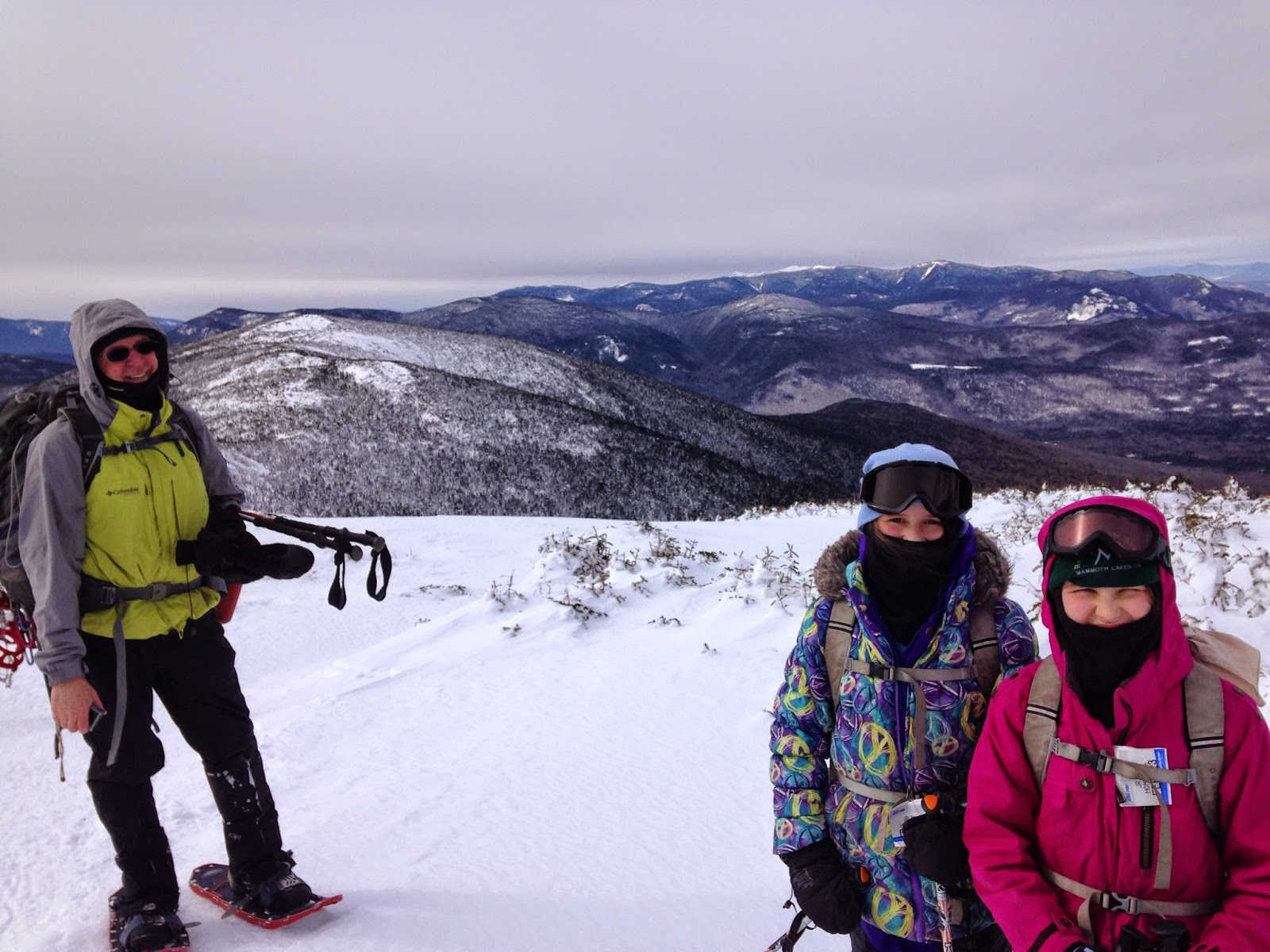 The wind shoved us and shouted as we climbed the steep summit cone.  We got to the top and the girls posed long enough for me to take a few photos, then they dived behind the cairn to get out of the wind.

Once (kind of ) out of the wind, we ate EIER (German for eggs...I couldn't come up with any other dessert that began with Ei for Eisenhower). 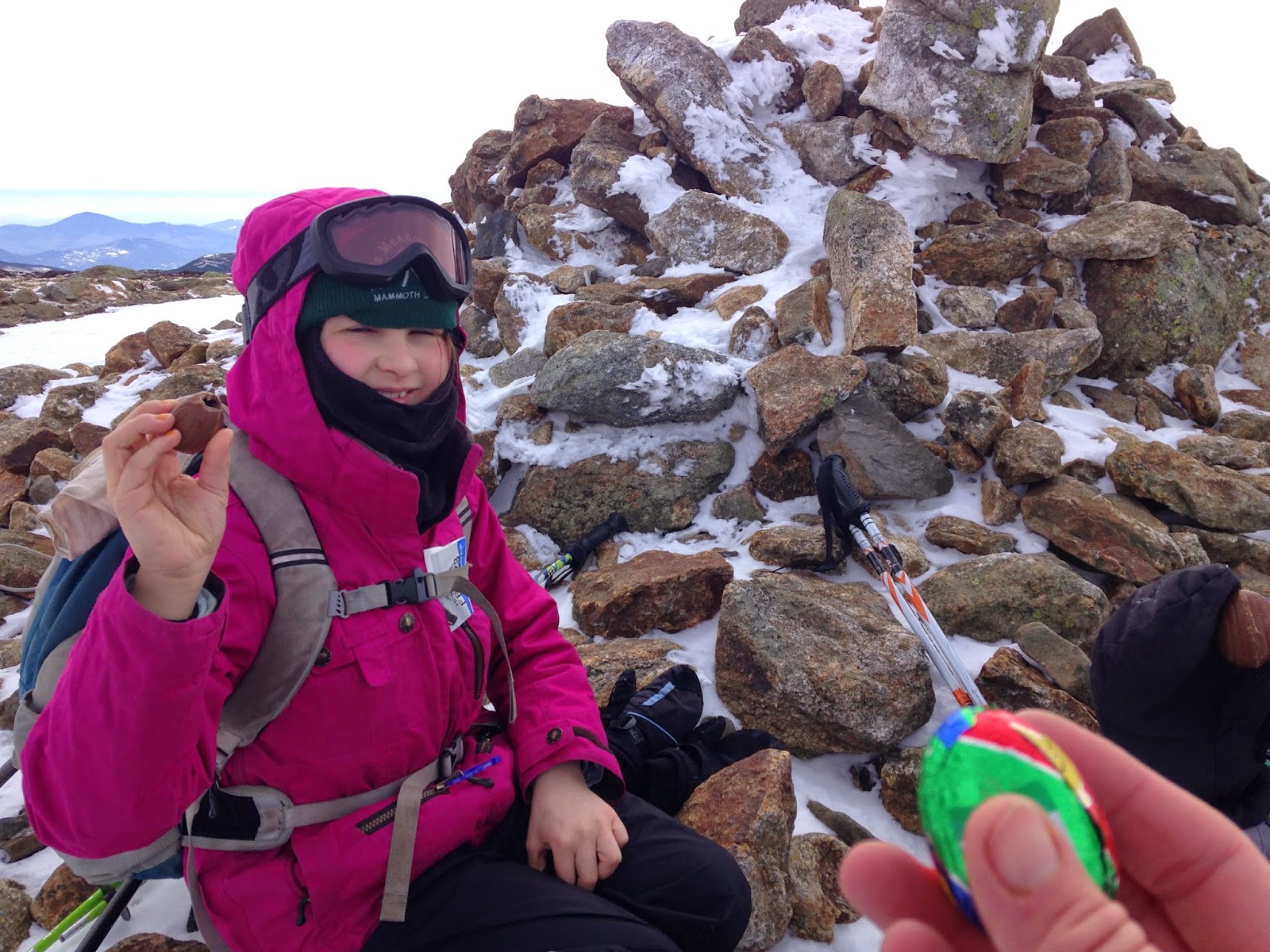 As on Pierce, we stayed only long enough to eat the treats, then we scurried back down the summit cone.  The wind was fierce and freezing!

Once we'd returned to the ridge, life was more peaceful...the wind wasn't much of an issue and we could therefore casually amble back over to Pierce. 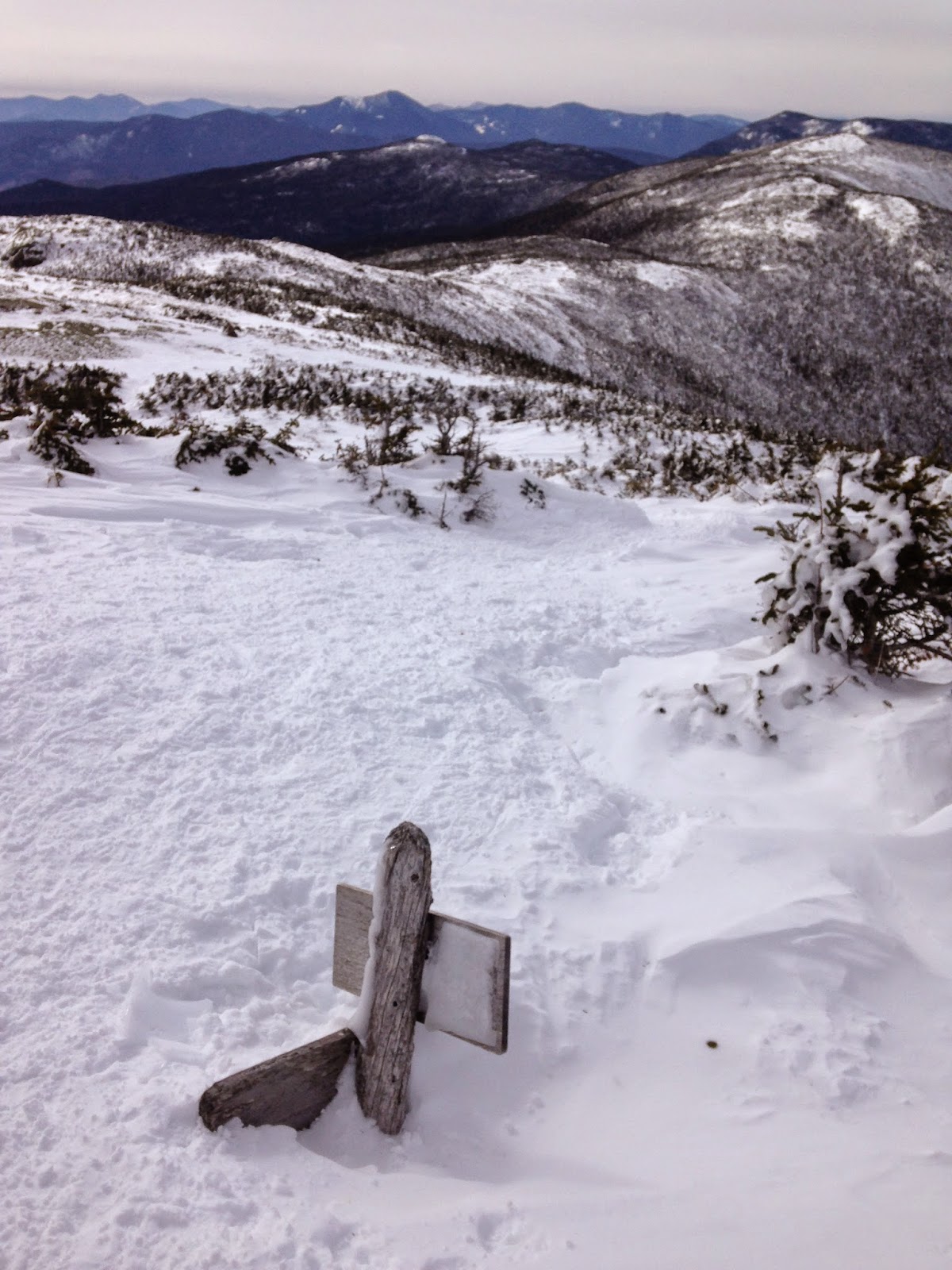 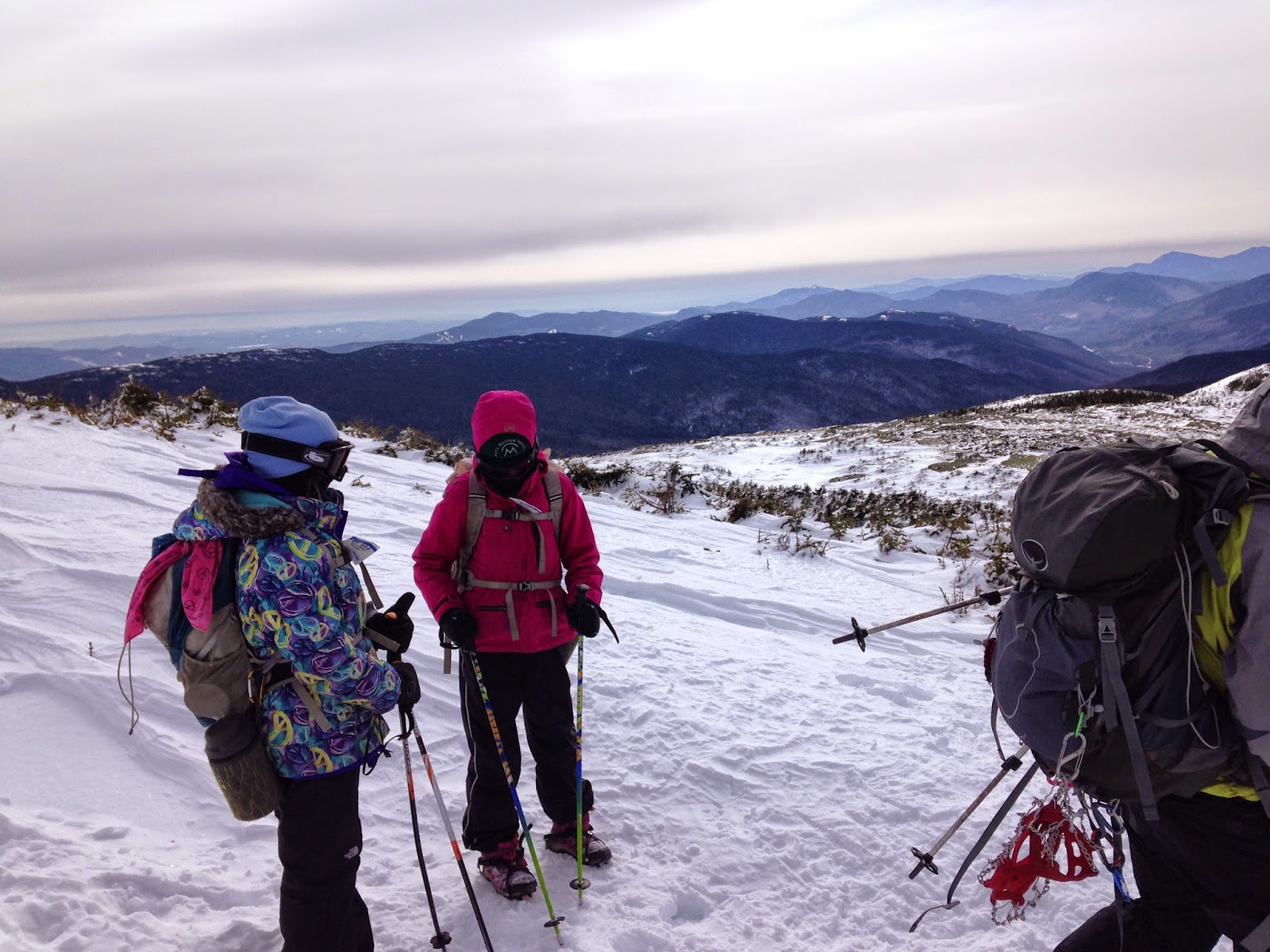 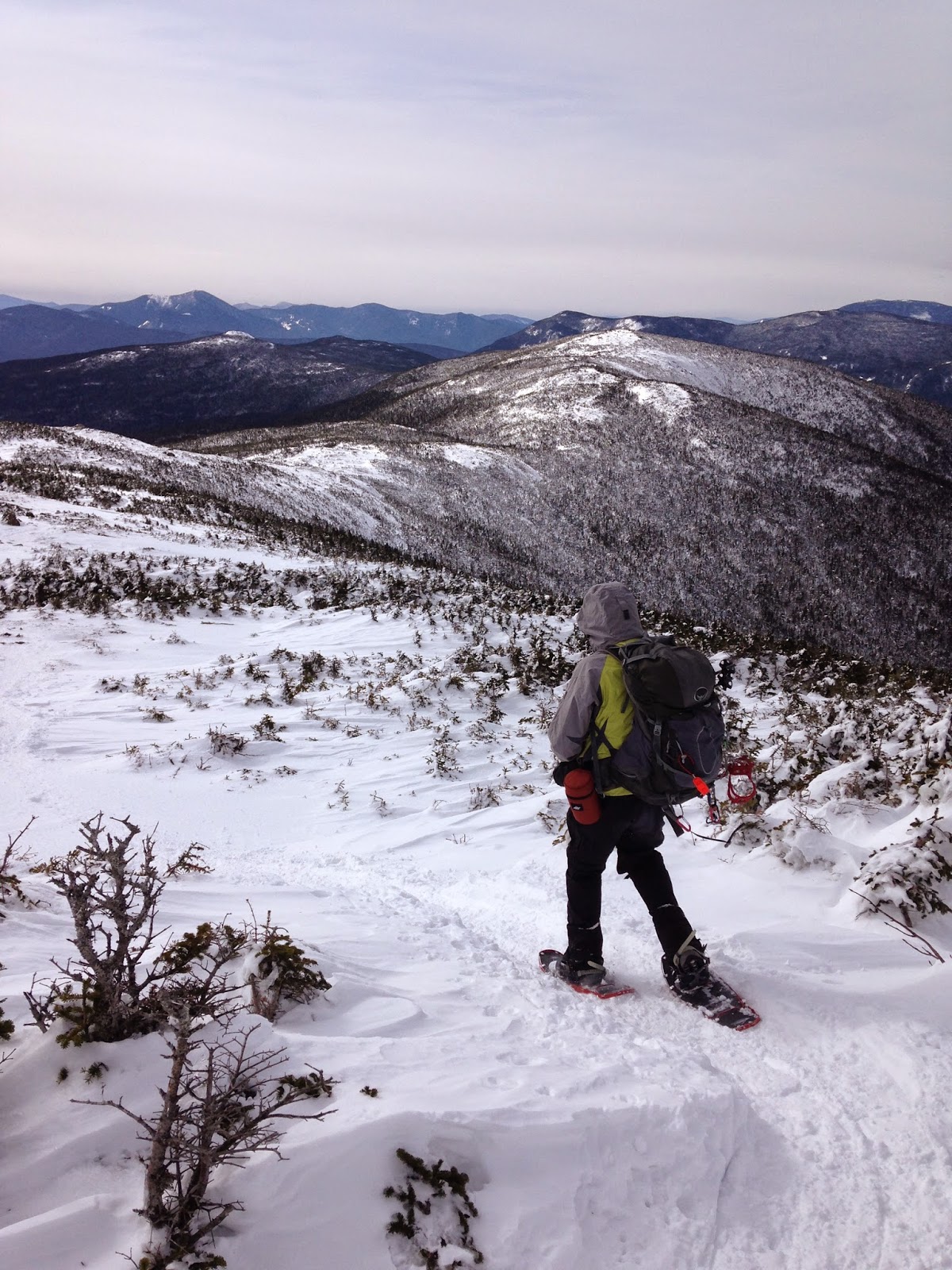 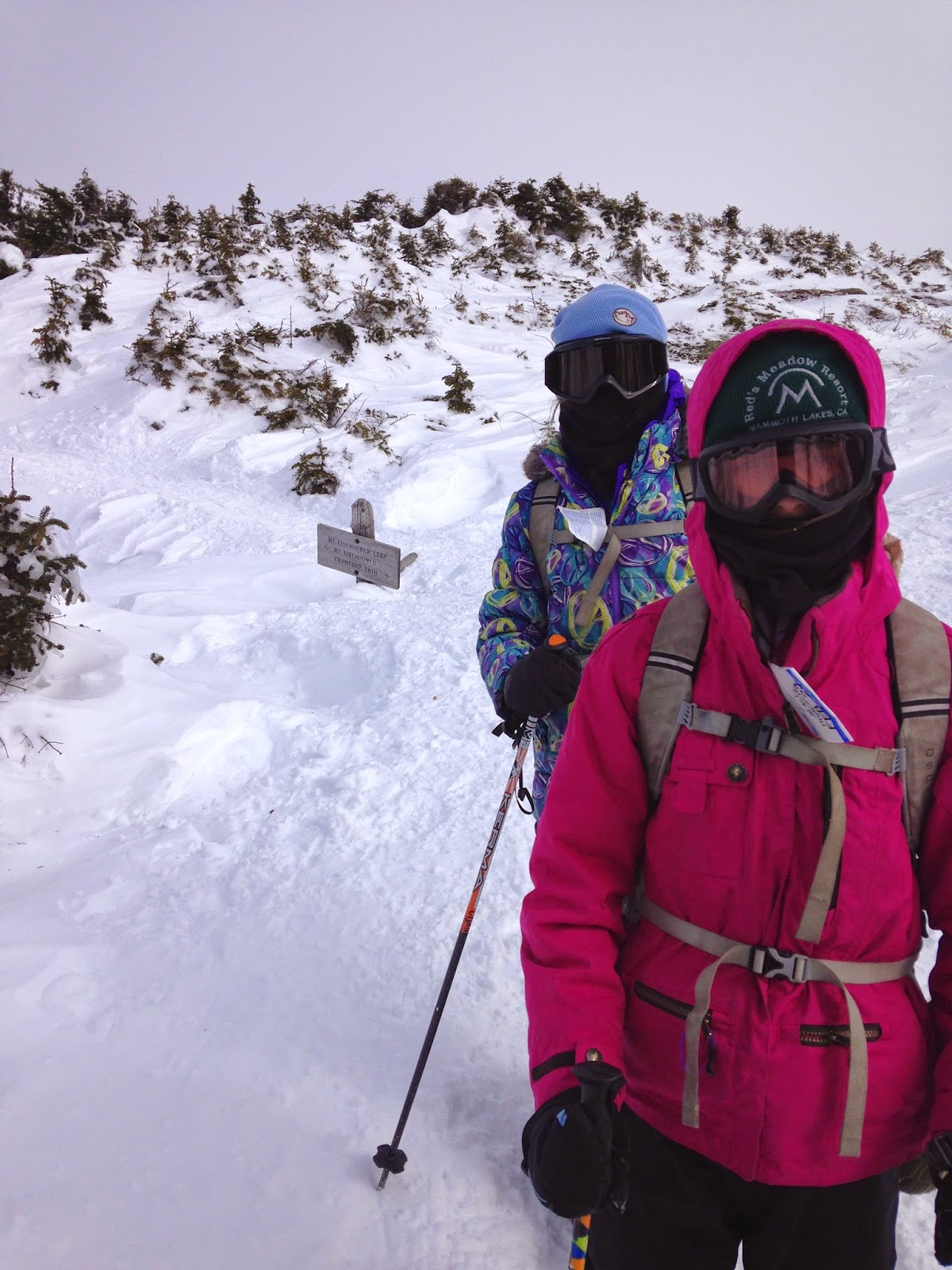 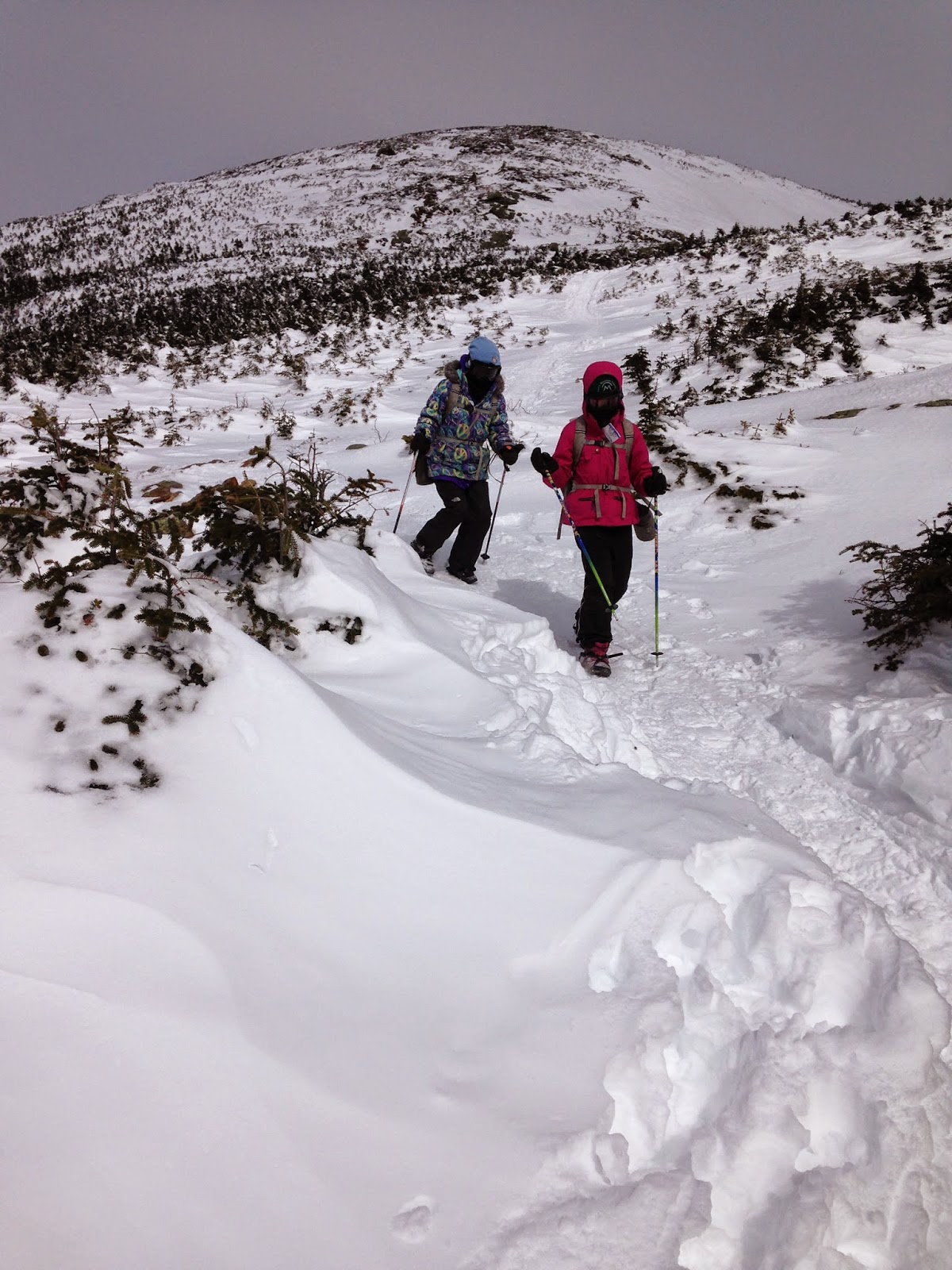 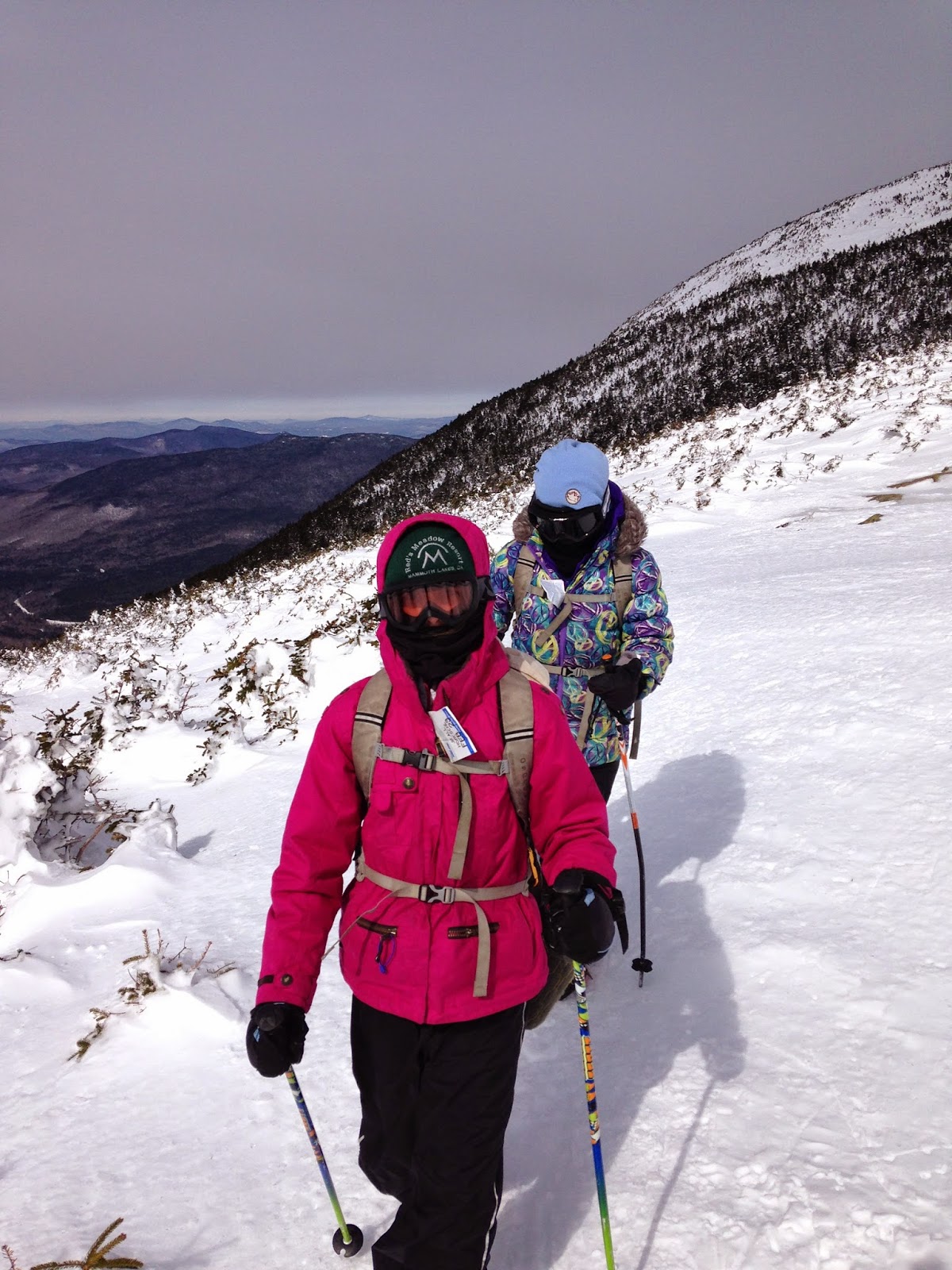 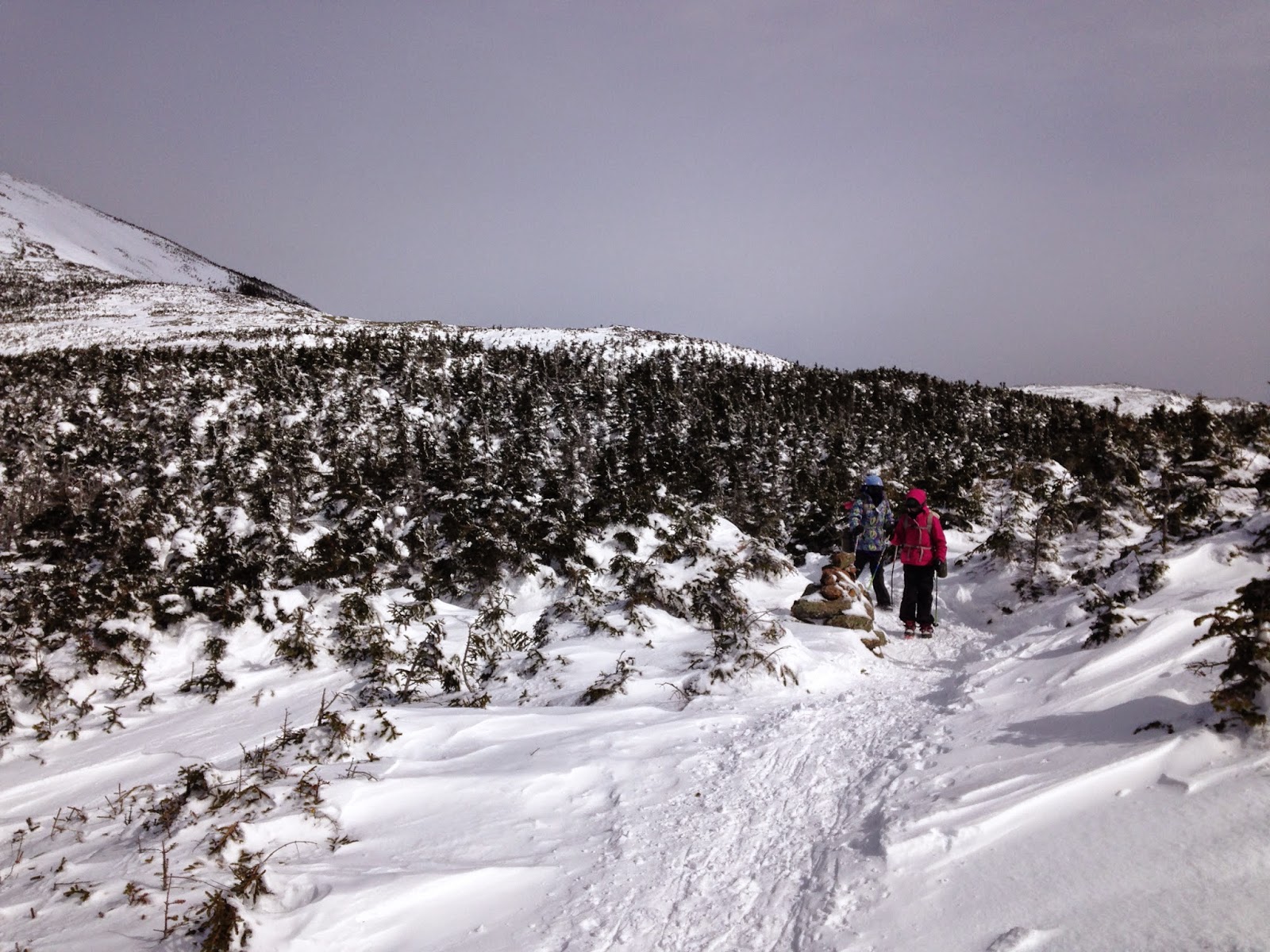 When we returned to Pierce, John shared some pecan turtles with us -- they were wonderful! 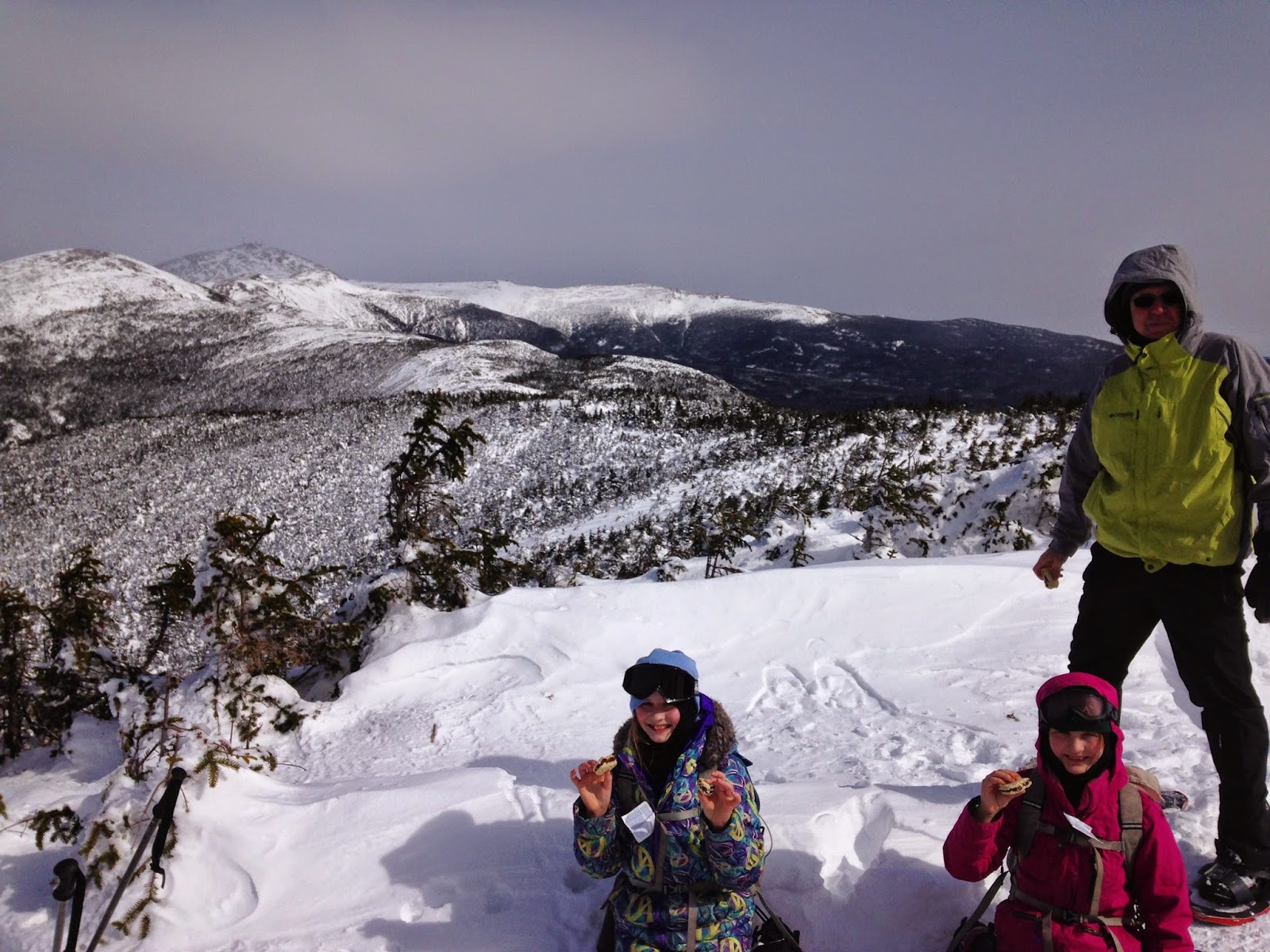 Our descent was routine -- we got back to the car around 1pm. 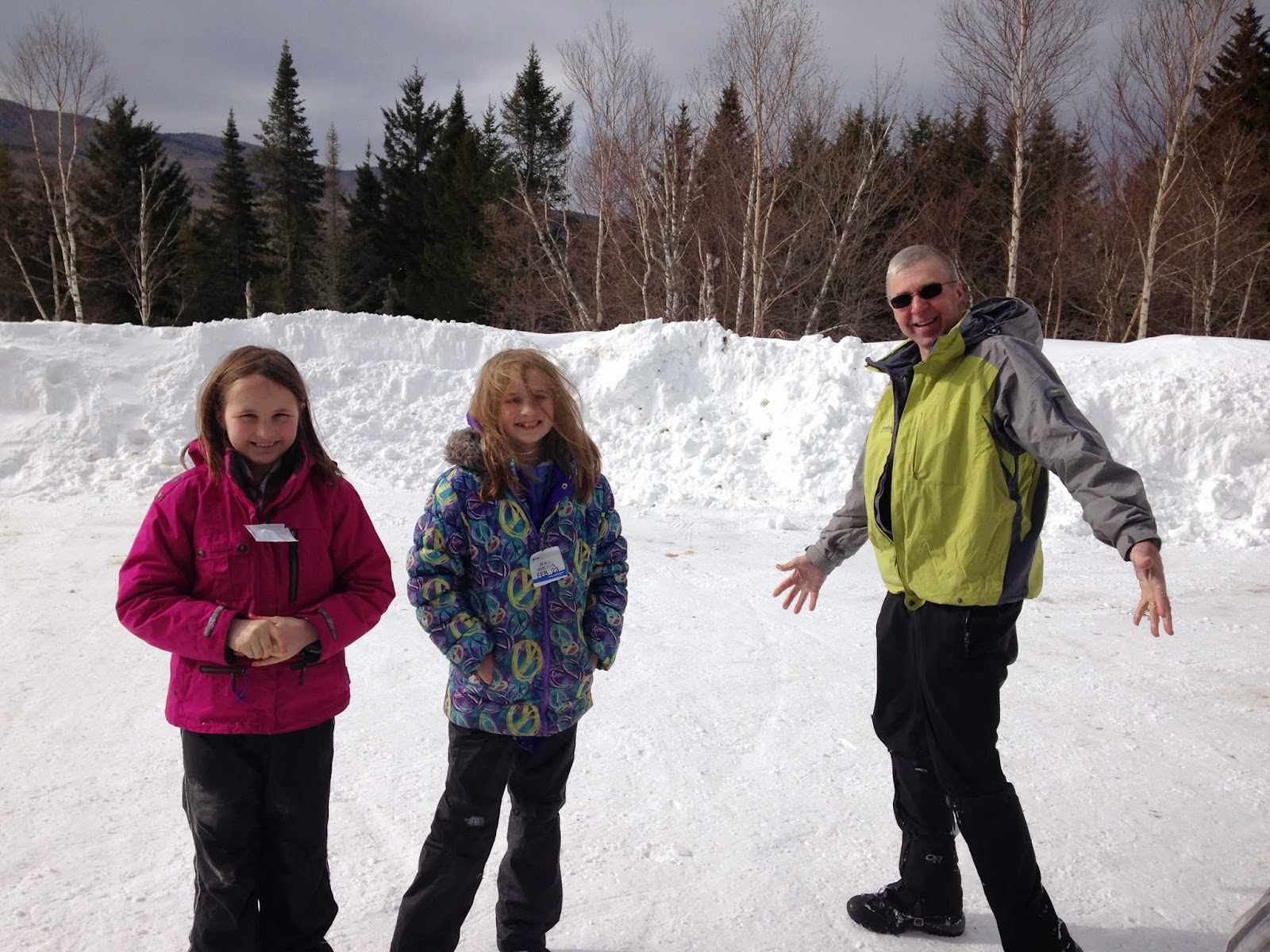 Posted by Patricia Ellis Herr, Alexandra Herr, and Sage Herr at 8:32 AM