IF I end up doing the single-season-winter-NH48, then this will be 4K number 3.

I was first on the trail after a winter storm -- there were a few inches of fresh snow down low and about a foot or more up top.  I'm happy to report I broke through all of that on my own, using snowshoes.  For the usual winter 4K hiker, breaking trail up a mountain through a foot or more of snow isn't a big deal.  For me, however, it is -- I had an extensive blood clot when I was pregnant with Alex and all the major veins in my left leg are permanently narrowed and somewhat damaged.  Therefore, my left leg has problems with circulation, especially when I'm wearing heavy winter boots and snowshoes.  Usually, I can get away with microspiking up a packed trail during the winter after others have already broken the way.  For this hike, however, I was determined to go as far as I could with my own trailbreaking (using snowshoes), even if I couldn't make it all the way up.  Figured I could at least make this hike a bit easier for anyone starting later, even if I could only manage less than half the trail -- it would be my payback for all those times I've taken advantage of other people's trailbreaking.

For whatever reason, I made it all the way up without any leg cramping whatsoever.  I broke trail, solo, up to just under the viewpoint (a few tenths of a mile below the summit).  At that point, Ryan (Farmer) and Adam W. overtook me and broke trail the rest of the way up.  Ryan and Adam were out for a quick hike of Cannon, and then, later, Tecumseh.  Those two are amazing athletes!

Here are my photos from the hike, starting with a look at the trailhead from the snowy parking lot. 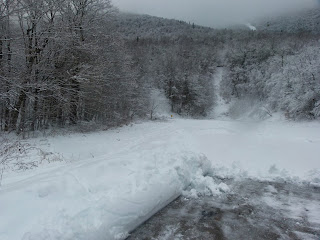 Heading up...not too much snow down low. 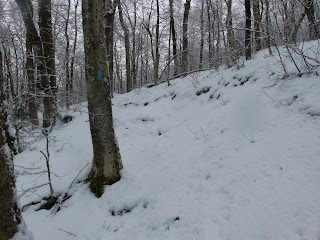 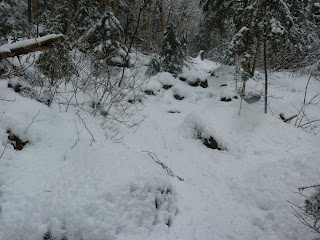 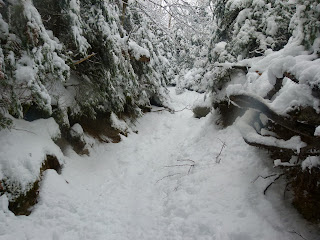 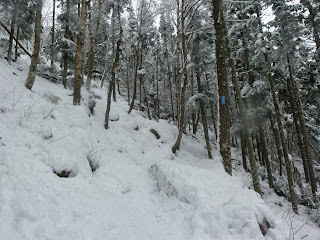 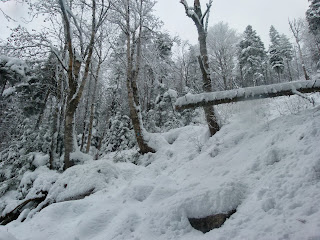 The only decent view I had all day...that's Echo Lake from a third or halfway (?) up the mountain... 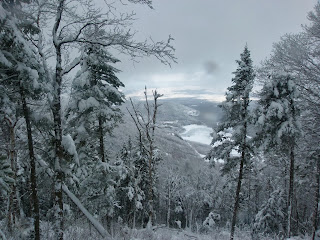 Deep snow!  My left leg was doing fine -- it felt like new, and I have no idea why. 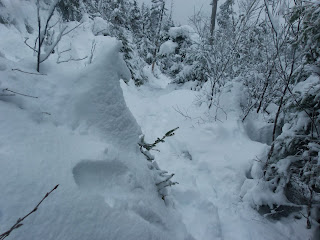 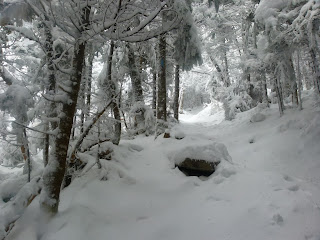 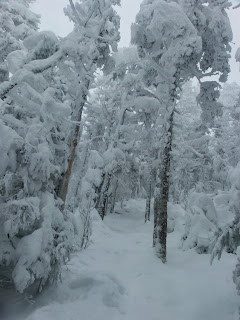 Near the viewpoint...Adam and Ryan had overtaken me by this point. 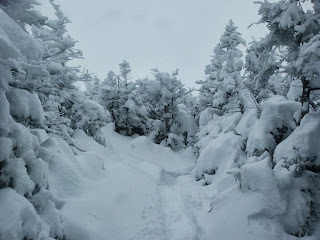 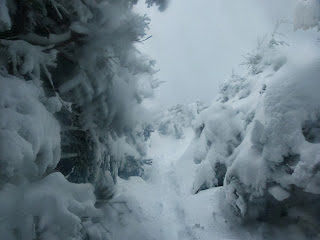 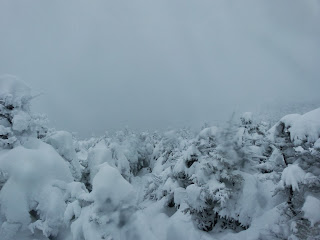 Intersection with the Rim Trail, near the summit. 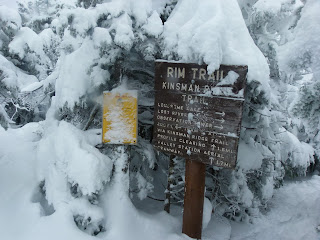 This will have to do for a summit shot.  The wind was fierce by the tower (not so much on the above treeline section on the KRT).  I could not stop and take a photo out in the open up here...far too cold and windy.  Downright nasty. 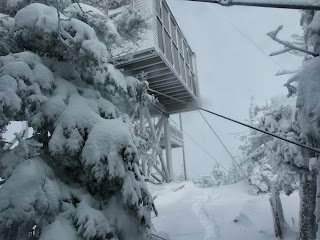 I stopped in the skiers' building for a cookie and hot chocolate before heading down.  My friend Mitch was there -- he and five or six others had broken out Hi-Cannon Trail.  They headed down the KRT after me, and I saw several folks heading up as I descended, so the KRT from the tram parking lot should now be well packed out and *perhaps* ready for microspikes.  Until the next storm, that is...

The girls and I might hike tomorrow (January 1).  Alex and Sage would like to get out before more snow arrives on Thursday.