Last Friday, the girls and I joined forces with one of our favorite hiking families and tackled two new-to-us peaks, Owl's Head (52WAV, not the 4K), and Mt. Martha.  Our original plans were to ascend Moriah and Shelburne Moriah, but the weather forecast turned sour at the last minute -- we therefore opted for a shorter trek.  Many thanks to Kelly, Isidora, and Elmore for a fun (but chilly) day out.

We were lucky.  There was a 70% chance of sleet or freezing rain, and all we got was an hour or two of light snow.  Still, I'm glad we chose the easier hike.  Better safe than sorry.﻿

Here we all are, ready to head up Cherry Mountain Trail (Elmore was camera-shy). 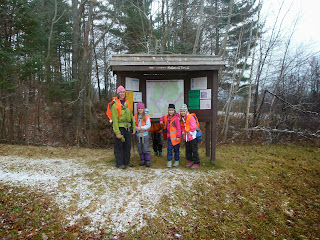 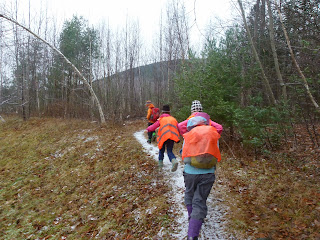 The first mile or so was easy-to-moderate.  Conditions on this stretch were favorable.  Just a dusting of powder, no ice. 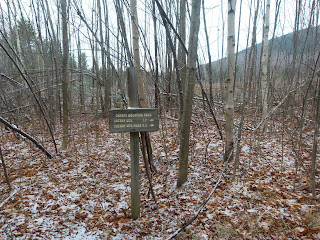 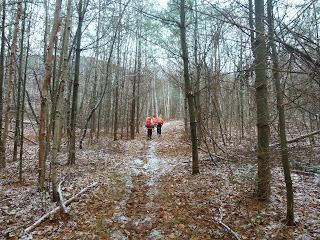 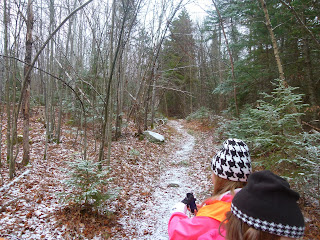 The trail became relatively steep for the last six or seven tenths of a mile.  Still, there was no ice -- just "powdered sugar." 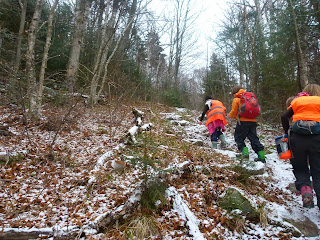 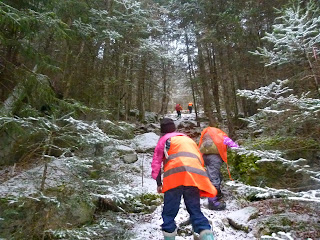 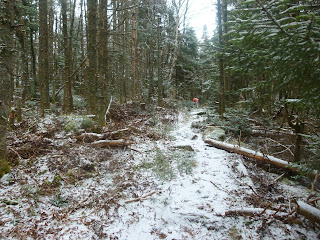 We reached the intersection with Martha's Mile... 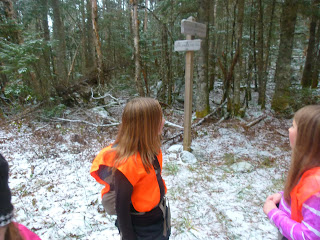 ...and continued up an easy grade to the summit of Mt. Martha. 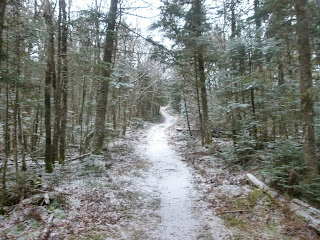 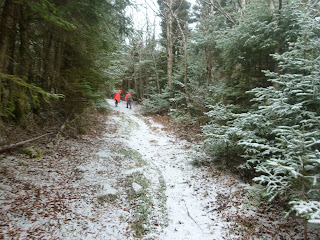 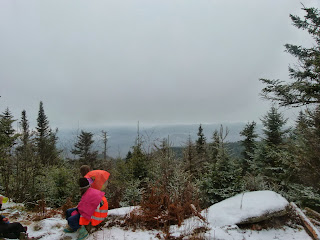 The kids stood on the official highpoint.﻿
﻿ 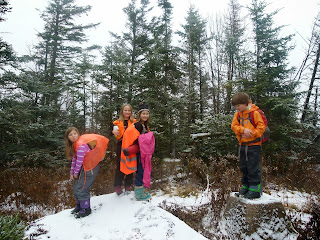 Sage, not Alex, is pursuing the 52 WAV list (she'll finish next spring/summer).  Therefore, I wanted to get a picture of just her on the highest point. 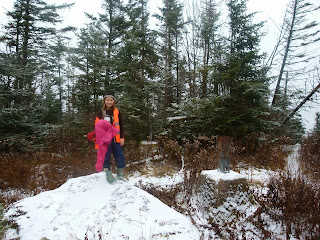 After hanging out at the socked-in viewpoint for a few short minutes (it was cold!), we headed toward Owl's Head on Martha's Mile. 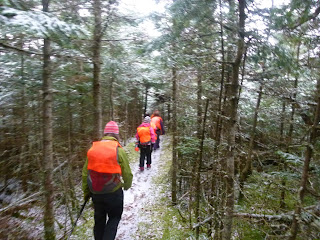 The ice began a couple tenths of a mile before the summit of Owl's Head. 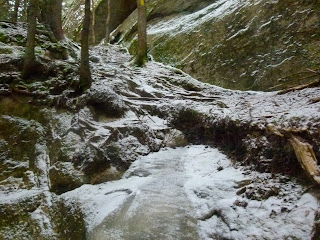 I didn't get any other photos of the icy spots, since most of the time I was spotting kids or navigating my own way across tricky, treacherous, and slanted frozen ledges.  The six of us managed well enough with teamwork and care.  I'm very glad our dog wasn't with us today, though.  This was not the place for canines, leashed or unleashed.  Primates only on this one, in these particular conditions.

The summit of Owl's Head was just as socked in as the summit of Mt. Martha.  Oh well.  'Twas still a good hike. 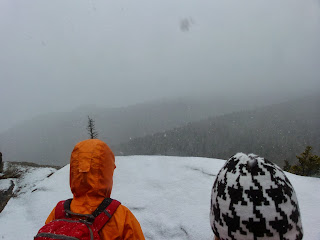 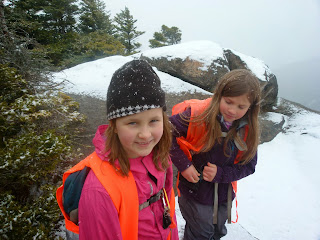 The crew on the official highpoint... 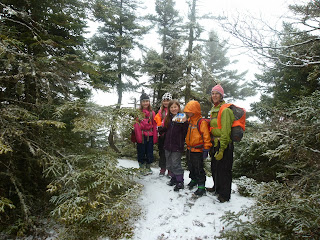 We ate, we paused (it was too cold to properly lounge), and we descended.  Owl's Head Trail was fairly ice-less once we were down a few tenths of a mile. 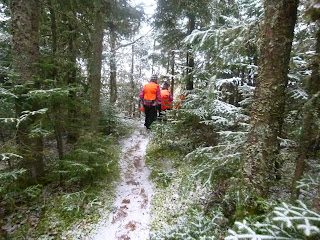 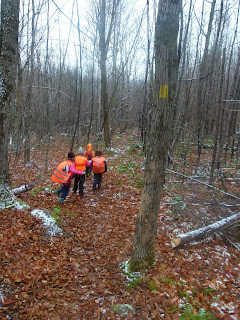 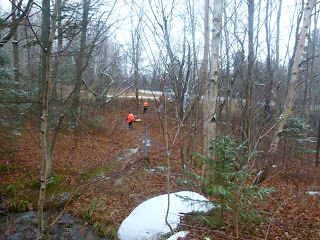 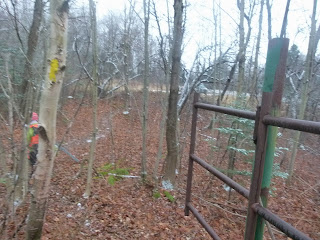 Have a wonderful Thanksgiving, folks.  We'll be back the second week of December.
Posted by Patricia Ellis Herr, Alexandra Herr, and Sage Herr at 7:53 PM