Sage is making her way through the list fairly quickly now. We're running out of mellow possibilities and entering rougher territory, but I think she's ready for the increase in difficulty. Also, Sage is very interested in tackling three "really big" highpoints out west this fall, and traipsing over the White Mountains for a few months is a great way to get in shape for such endeavors.

Garfield Trail is easy for a ten-miler, which is why I picked it for Sage's first. I wanted her initial venture into double-digit mileage to be relatively free of rocks and roots.

The weather couldn't have been nicer for this hike. Not too hot, not too cool and just enough of a breeze to keep the blackflies away. 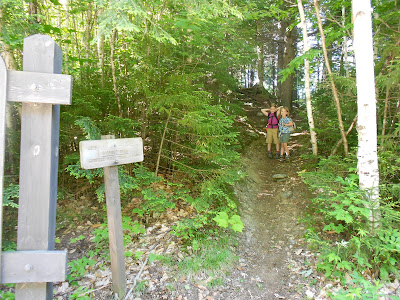 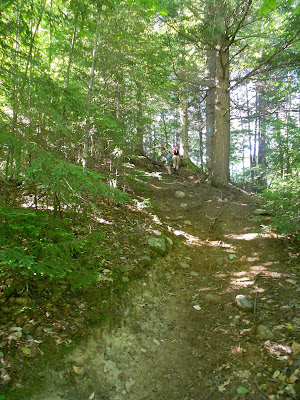 The girls marveled at the immensity of this fallen tree. 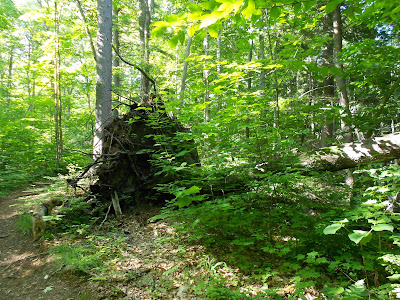 It was smooth sailing all the way to the summit. The girls played word games during the first half of the hike, then we made up Spanish sentences and translated them for each other while on the switchbacks (Alex's idea). Yes, I know, we're giant geeks, but hey. Processing and translating a foreign language makes the hiking go faster...they're thinking about the sentences and forgetting that they're walking uphill for miles. Sage doesn't like to do Spanish at home, but she loves figuring it out on the trails. Whatever works, right? Yeah, okay, fine...we're giant geeks anyway. Sue me. 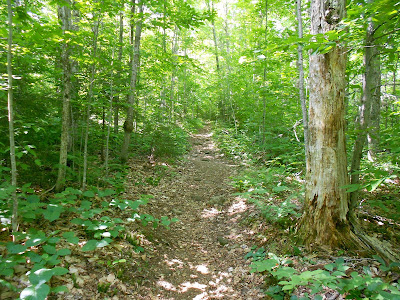 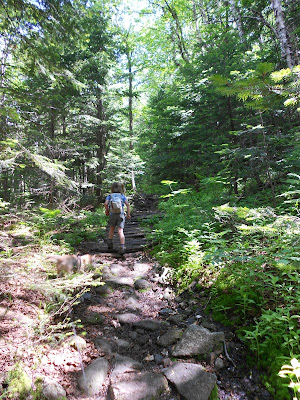 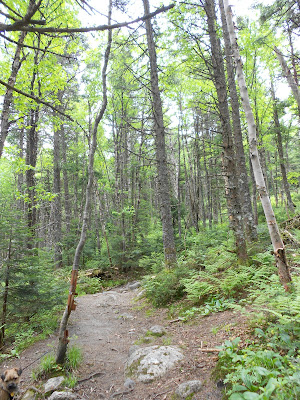 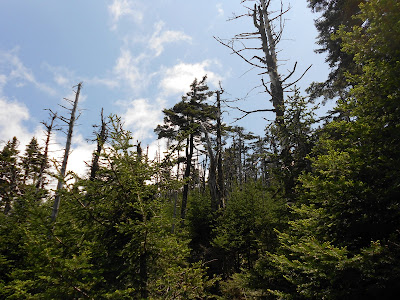 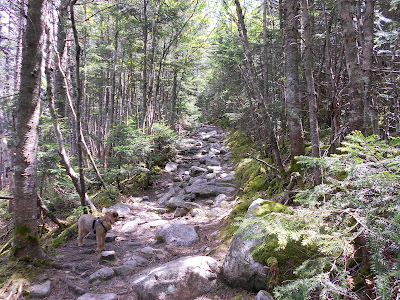 And...we made it to the intersection with Garfield Ridge Trail! From here, it's only 0.2 miles to the summit. 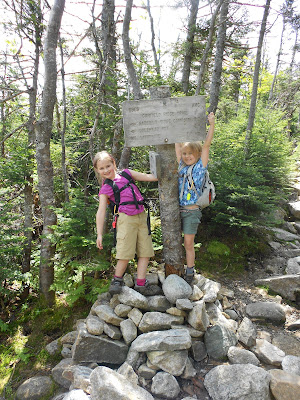 The final push was short, but fairly steep. 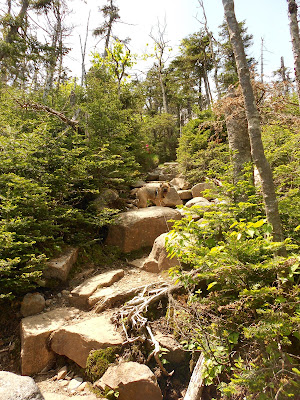 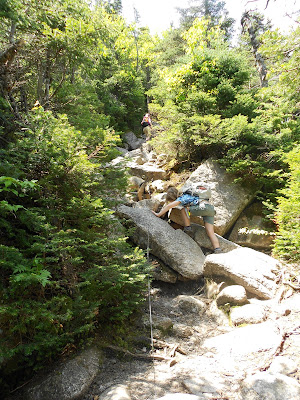 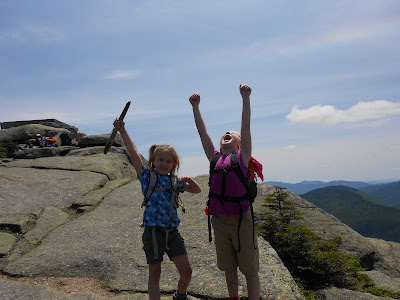 On the summit, standing on the concrete foundation of the former fire lookout tower. 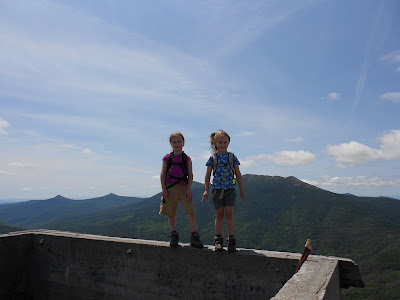 The views were spectacular. Here's Owls Head and Franconia Ridge... 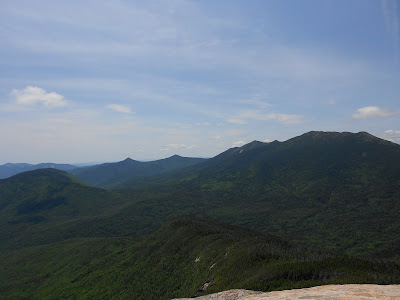 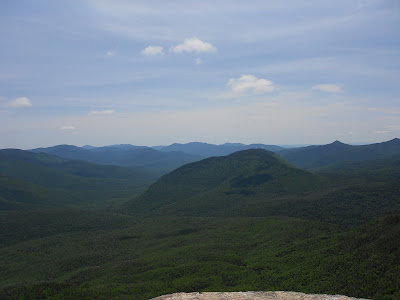 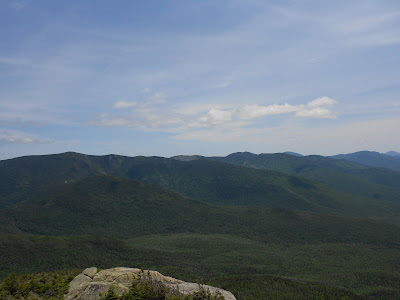 The Presidentials peeking out from behind the Twins... 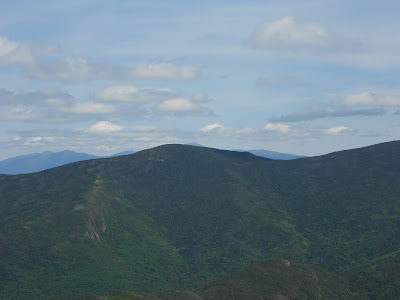 Vermont in the distance... 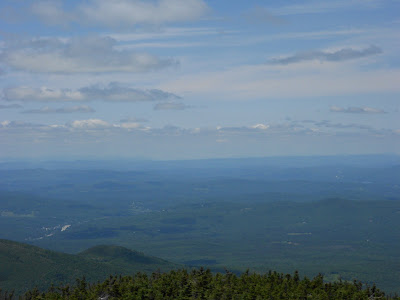 And the best view of all -- Sage celebrating her 20th 4K! Franconia Ridge stands behind her. 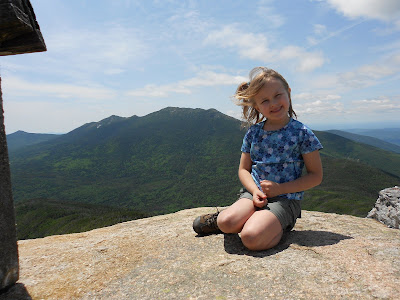 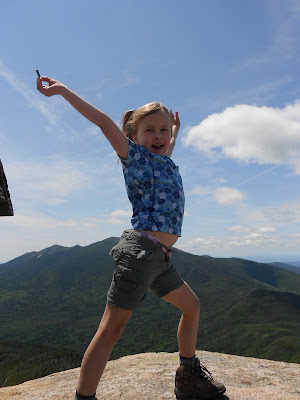 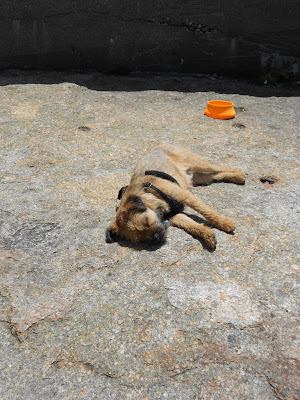 We spent an hour or so lounging about, enjoying the early afternoon sun. When we were ready (and after Max woke), we headed back down.

All went well, but that final mile was tough. We really wanted to be at the car already...we were done, but the parking lot was nowhere in sight. Finally, the trailhead appeared. 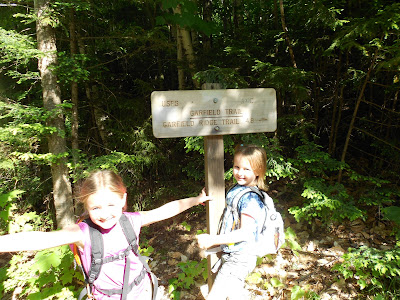 'Twas a good hike and a gorgeous day.
Posted by Patricia Ellis Herr, Alexandra Herr, and Sage Herr at 6:55 PM

I love New Hampshire! I live in the white mountains too and hike them all the time!! These are awesome pics! Love them!

Thanks, DisneyBlueFairy! Perhaps we'll see you out there on the trails sometime.