I'm more or less back on track, so I'd now like to relate our progress on Thursday Thing number 68, "Read five (unabridged) plays by William Shakespeare."

Last year, Alex attended a wonderful camp that put on an abridged version of Macbeth.  Each child had a role, the atmosphere was relaxed, and the instructors were top-notch.  Alex enjoyed herself immensely.  After camp was over, I decided to read the unabridged play to both the girls.  It took about a month to get through it, since I needed to frequently stop and explain the text, but we finished and the girls enjoyed the entire story.  They didn't seem bothered by the violence.  The text doesn't contain graphic descriptions of how people die, so even though Macbeth is a bloody play, there isn't too much in there to frighten hardy young folk. 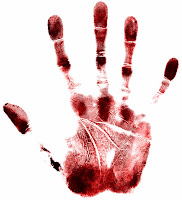 Lady Macbeth can't get the darned spot out of her hand.  Image taken from Yale School of Drama's webpage, http://drama.yale.edu/onstage/0910studioseries/macbeth.html.

This year, the camp is doing The Tempest.  Both girls are participating and they're having a blast.  This time around, I read them the play beforehand.  It only took a week to get through it and I didn't have to constantly stop and translate the text.  The Tempest is full of silly humor and magic, so perhaps it's a bit easier to follow than The Scottish Play.  A man and a woman fall in love before they learn each other's names, a protective father commands the spirits of an island, and two drunken sots stumble about and make fools of themselves.  Good stuff -- what's not to like? 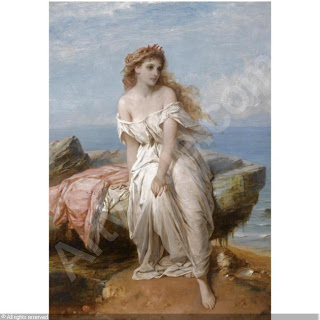 The next Thursday Thing will be about Seek the Peak.  The annual hiking fundraiser for the Mt. Washington Observatory Forum is this Saturday and the girls are participating (in costume!).